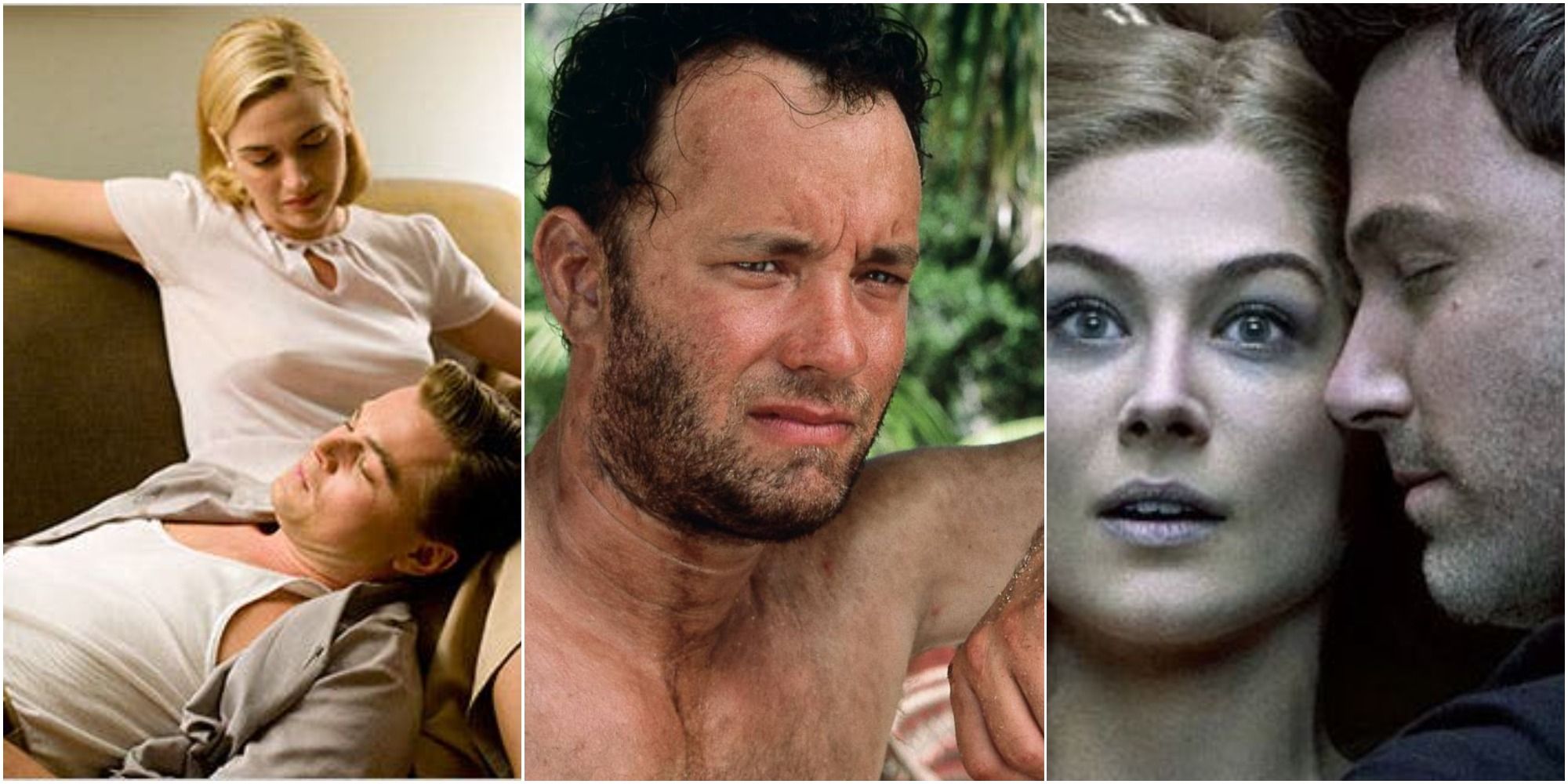 With just one day left until Valentine’s Day, couples must have already hatched elaborate plans to woo their partners. Reservations made, gifts bought or plans include a simple quiet night; with a bowl of ice cream, two spoons, and a feel-good comedy ready to watch. Yet all singles may find such preparation childish, irritating, or excruciatingly nostalgic. While being in love is a brilliant feeling, sometimes being independent and aware of the right kind of love is just as important.

While couples have myriad viewing options ranging from archaic gothic romances to offbeat indie, there is no reason for singles to feel left out. Single people would like to see a movie that does not romanticize love, but rather shows it through the lens of reality. It doesn’t require the perfect ending or the need to pressure viewers to crave love. The perfect Valentine’s Day movies for singles should showcase the complex nature of relationships, celebrate the independence of being alone, and convey a mature understanding of love, which doesn’t always end in togetherness. The lucky thing is that there are many such movies to choose from, but only a few make it to the end of ten.

Singles who have just suffered a difficult divorce should steer clear of this eerily realistic depiction of a failed marriage. However, for those who have broken up with someone, whom they hoped to marry, this movie would prove to be a friendly reminder that perhaps it was for the better. No relationship thrives on commitments and if there have been differences that led to a breakup, being married could have made you irreconcilable.

The concept of soul mates, or finding the “One”, may seem like a romantic utopia, but reality does not usually work in such a divine way. While many find the love of their lives in their partner, others have to navigate through the treacherous trenches of failed relationships to find “The One.” But what do you do when you’ve lost “The One”?

500 days of summer, Starring Joseph Gordon-Levitt and Zooey Deschanel, it is a story that intelligently talks about a painful breakup with the perfect partner and about the true realities of relationship and life. Marc Webb’s directorial debut shows how true love is often a construction that people project according to their own wishes, and how life does not stop for anyone. Some things are sadly short, but luckily they are sweet while they last. Among the countless teen rom-coms for younger viewers, 500 days of summer it is a stark reality.

Liz Tuccillo of Sex and the city fame wrote the lovely novel How to be single and Christian Drifter adapted it into a funny film depicting the lives of young adults in their twenties, navigating the complexities of the fast-moving single life in New York City. Starring Marc Silverstein, Diana Fox and Abby Kohn, How to be single it’s refreshing, cathartic, and amazingly real. Emphasize that, at the end of the day, the only person someone really needs is themselves.

There are many horror movies that are perfect for Valentine’s Day, but Revolutionary path it’s unsettling for a completely different reason. This film directed by Sam Mendes talks about the social pressures to keep up appearances, the monotonous and rigorous task of maintaining a marriage, infidelity and the existence of that fantasy escape, which always seems elusive.

Through the history of the Wheelers, wonderfully portrayed by Kate Winslet and Leonardo DiCaprio, Revolutionary path it shouts the importance of stopping every now and then and making the necessary effort to take care of the loved one. Things that are taken for granted generally fall apart and marriage is no different. For all singles, this is a reassuring movie that hauntingly portrays the reality that not all relationships are perfect and appearances can be deceptive.

Any movie starring Tom Hanks is usually brilliant, and Discard is no different. One of the 10 best Tom Hanks movies, Discard tells the story of a disciplined FedEx employee, Chuck Noland, thrown into the uncertain reality of having to face the extremes of being stranded on an uninhabited island as he clings to the eternal hope of getting back to the one he loves.

Noland survives his ordeal and returns only to find that he has lost his beloved again and must learn to live in a world that seems to have moved on. This movie shows how powerful hope can be, while also describing that hope is generally not enough in real life.

In the film Under the Tuscan sun Frances Mayes (Diane Lane), a writer discovers that her perfect life is a terrible facade with her husband cheating on her with his lover whom he has gotten pregnant. As Frances begins to lose herself in post-divorce depression, she heeds a friend’s suggestion and goes on vacation to Tuscany to distract herself. What she ends up achieving is rediscovering her life, her confidence, and her happiness while completely alone.

This 2003 film directed by Audrey Wells is the perfect movie for someone who feels like the world is over after their last breakup. He reiterates that being alone does not necessarily mean being unhappy and that happiness can be found if an effort is made to achieve it.

This inspiring and fun film starring the fantastic trio of Diane Keaton, Bette Midler and Goldie Hawn tells the story of three divorced middle-aged college friends who reunite after 30 years during their friend’s funeral. The friend had committed suicide after being dumped by her ex-husband for a younger woman and upon learning why, the three friends realize that even their ex-husbands have taken them for granted in the past; an indiscretion worthy of revenge. The First Wives Club it’s the perfect and fun detour to take from the cheesy rom-coms that plague Valentine’s Day.

Although there are a myriad of recently released movies and shows that complement Valentine’s Day, singles may prefer to settle for old-fashioned and classic in the film adaptation of Tennessee Williams’ Pulitzer Prize-winning masterpiece. A Streetcar Named Desire.

RELATED: The 10 Best Marlon Brando Movies, According To IMDb

Starring the iconic Marlon Brando as Stanley Kowalski, and Vivian Leigh as Blanche DuBois, this Elia Kazan-directed film reinforces that relationships are often not as idealized. The haunting lines, “I’ve always depended on the kindness of strangers” ironically reiterate the vulnerability of love and how lack of independence has ruined Blanche’s life.

Another movie that uncovers the simple but extremely difficult task of leaving the love of your life, Forgetting Sarah Marshall It gleefully depicts Peter Bretter’s attempts to forget his famous and seemingly perfect ex while going on vacation to Hawaii.

The script for this movie written by Jason Segel, who also plays Peter, sees him hilariously portraying the dreaded and painful idea of ​​reuniting with his ex and current partner, as well as reminding viewers that a breakup usually doesn’t mean the lost. of all hope.

Girl is gone It is a film that reiterates that it is not men or women who make a relationship rock, but that each is equally responsible for causing tension, and perhaps for the same reason makes them interesting partners.

The lines “What have we done to each other? What shall we do? “Seems to resonate throughout the film, as singles can rejoice in the fact that they haven’t teamed up with a crafty psychopath or a carnal cheater. Starring Rosamund Pike and Ben Affleck, this thriller from David Fincher It is an absolute delight and has deservedly received several nominations and awards.

NEXT: 10 Best Movies With Happily Single Leads To Enjoy On Valentine’s Day

Arnab Rakshit is an avid reader, writer, movie buff, and comic book fan based in Kolkata, India. He is a graduate of Asutosh College, Calcutta University, with a BA in English Literature. Having worked in the content development field for countless clients for the past three years, he relies on creating meticulous and informative content for ScreenRant readers. He also enjoys a competitive game of table tennis from time to time.