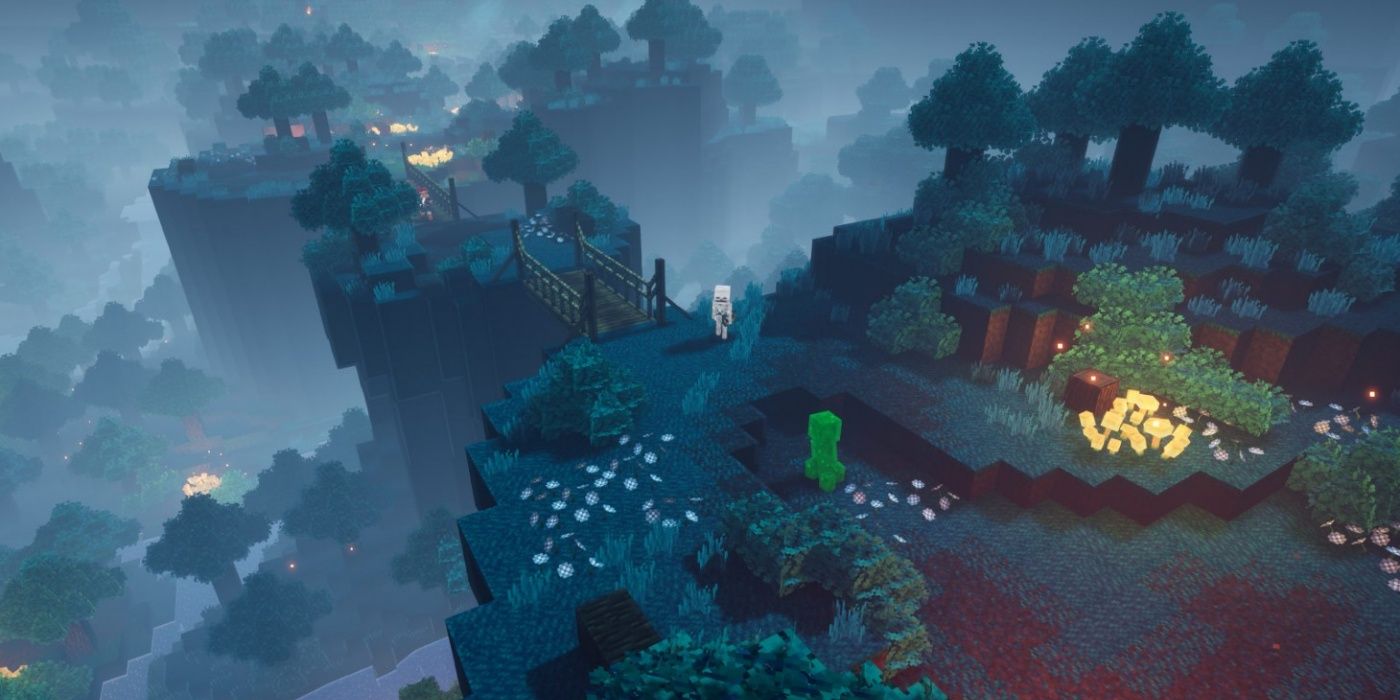 Microsoft has revealed that the vast majority of Minecraft Dungeons players on Xbox Game Pass prefer to experience multiplayer locally.

Microsoft recently revealed that a whopping 80 percent of Minecraft dungeons players in Xbox Game Pass prefer to experience the multiplayer functions of the game in cooperative mode from the couch; this is in addition to the news that Minecraft dungeons It recently reached 10 million players. The Mojang Studios and Double Eleven dungeon crawler launched on consoles and PC last year, and continues to receive support in the form of new content.

In fact, the Flames of the abyss The DLC will be released later this month, on February 24, along with the game’s biggest free update yet. Players who purchase the DLC can look forward to exploring an entirely new realm, the Nether, filled with new story content and six additional missions. Meanwhile, the next free update for Minecraft dungeons is slated to usher in Ancient Hunts, a set of procedurally generated end-game missions that should prove quite challenging. Once all of this content is released, there will apparently be more than a few players ready to jump into it.

Related: How To Unlock The New Secret Lost Settlement Level In Minecraft Dungeons

Minecraft Dungeons Developer Mojang Studios recently confirmed the Minecraft The spin-off has surpassed an impressive 10 million players. A short time later, a post in the Xbox Game Pass The Twitter account revealed another staggering number related to player data. Of the 103 million multiplayer sessions for Minecraft dungeons via Xbox Game Pass, a whopping 80 percent of them were on couch co-op.

BIGGEST NUMBERS: 103 MILLION multiplayer sessions were played with Xbox Game Pass and 80 PERCENT of them were co-op from the couch.

An impressive amount of local co-op is played, but it’s worth remembering that Minecraft dungeons launched in May last year, near the beginning of widespread coronavirus-induced lockdowns. Many people were stuck at home together, and they probably considered the spin-off’s local multiplayer options among the best ways to enjoy home entertainment. Of course, the gaming industry as a whole experienced a massive profit boom during the pandemic, and Activision Blizzard especially benefited.

Minecraft dungeons It’s not the only aspect of Microsoft’s gaming division that continues to grow in terms of its user base. During an earnings call late last month, Microsoft CEO Satya Nadella revealed that the number of Xbox Game Pass subscribers has soared to 18 million. The growth of Xbox Live also knows no limits, and has recently accumulated 100 million monthly active users. Undoubtedly, these figures were critical for the Xbox division to raise $ 5 billion in the last quarter.

Minecraft dungeons It is available now on the Nintendo Switch, PC, PS4 and Xbox One platforms.