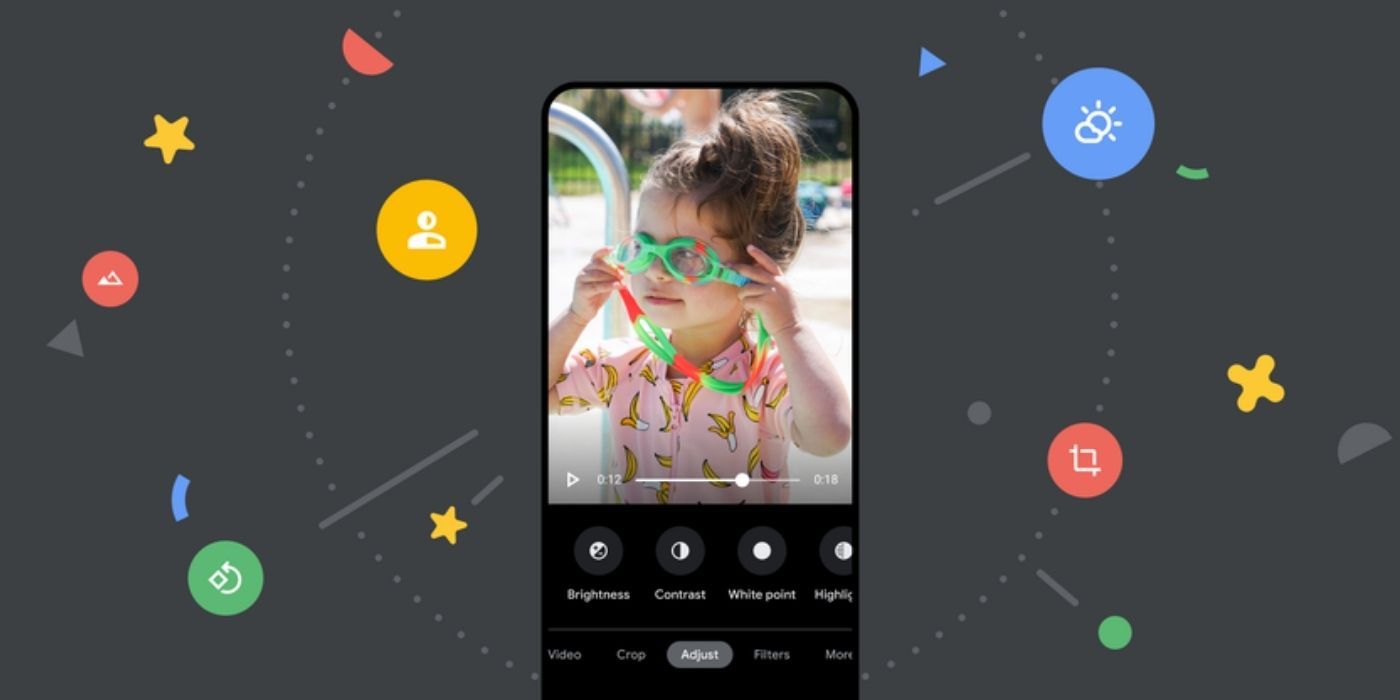 Google is introducing an updated video editor to its Photos app, providing users with more than 30 new tools to further personalize videos.

Google is updating its Photos app once again, but this time with new editing features aimed at making videos more unique and personal. The Google Photos app is available on Google Play and through the App Store for iOS devices. The app is free to download, though by June this year, users will no longer be able to take advantage of unlimited free uploads.

Google Photos gives users a place to store photos and videos, in addition to being able to view, edit, and share them. The app received an update in September 2020, including a feature that offers suggestions on how to improve the appearance of images. More recently, Google Photos updated its Memories feature with cinematic photos. This update added a 3D element to images, allowing users to scroll through the photo with a virtual camera. In the midst of these exciting updates, the app also suffered a security setback when a bug sent private videos to strangers without the owner’s permission.

Related: Pixel 5 vs. iPhone 12: Google or Apple for the best cameras and photos?

in a blog post, Google broke down all the new features coming to the video editing aspect of the app. Currently, users can trim, stabilize and rotate videos, but after this update, more than thirty controls will be available to help make a more unique video. For example, Google Photos users can now trim a video and choose what they want the focus to be. Users will also have the ability to adjust brightness, contrast, and warmth. According to Google, these new features are already available on iOS devices and will arrive on Android phones in the coming weeks.

Making the most of the new video editor

To edit a video in Google Photos, first open the app and tap Albums, followed by Videos. After tapping on the video to edit, users will see a variety of editing options at the bottom of the screen. Filters is one of those options and can be applied by tapping the Filters , choosing from the selection that includes Vivid, West, Palm Y Subway, among others, and then tapping the desired filter to apply it to the video. Finally, touching “Save copy“In the lower right corner you will complete the edit.

This new feature improves the current editor in an important way, considering that it allows users to edit videos and be more creative with the result. This is especially useful at a time when people are relying more than ever on social media, both to express themselves and to connect with others. By giving users the opportunity to edit videos with more advanced controls, Google Photos makes it easier for everyone to be even more creative than ever.

Next: Google Photos and Nickelback remind users to laugh at their photos