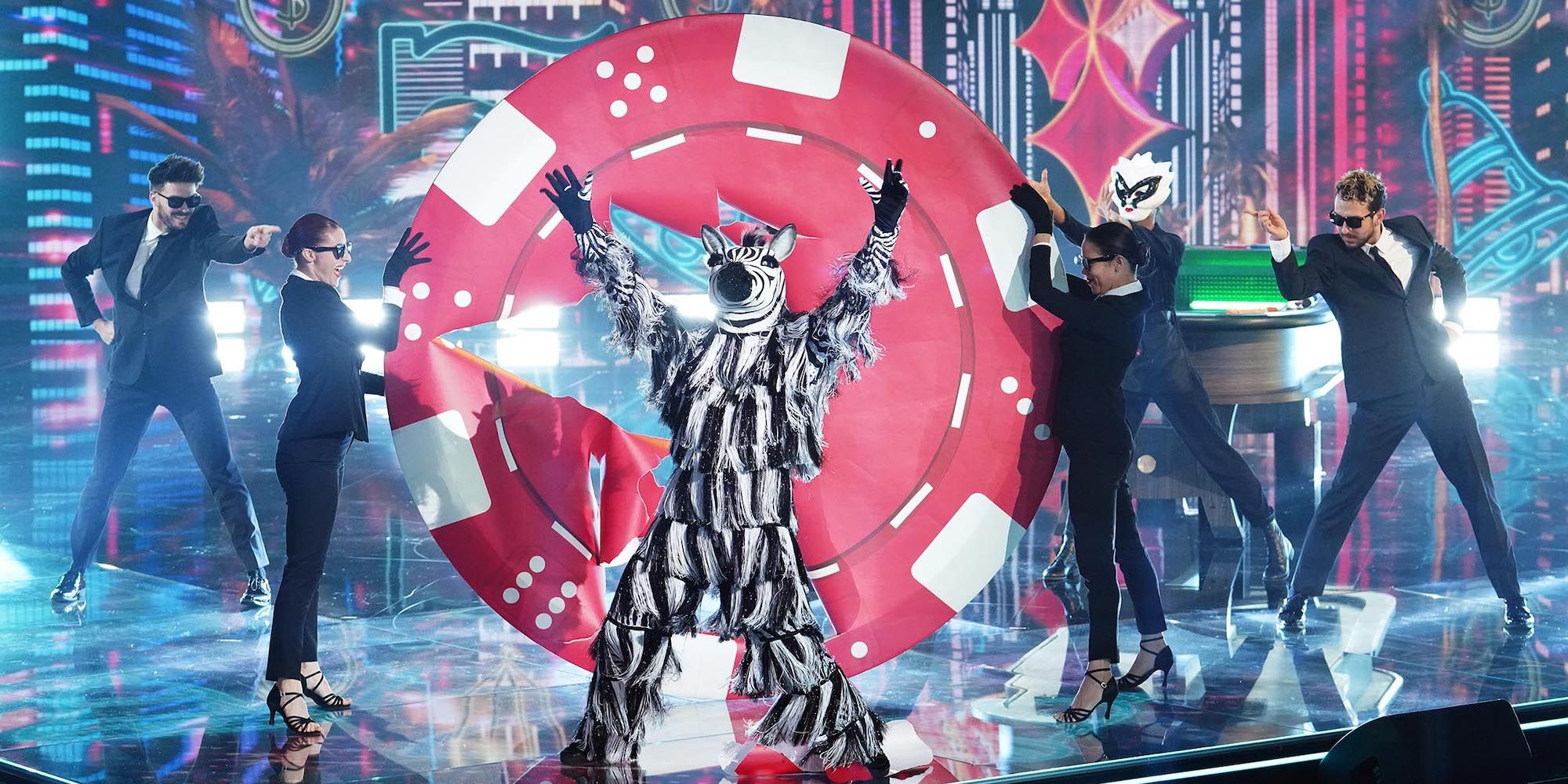 Only three characters survived the semi-finals of The Masked Dancer. After Zebra was revealed to be Oscar de la Hoya, only three competitors remain.

This week in The Masked Dancer, the semifinals marked the end for another celebrity. With one more reveal, fans now have their finalists and we have all of their latest clues.

The show began with a group number of “Shut Up and Dance” from Walk the Moon. Each competitor had a detailed track behind them during their performance. Sloth’s track was Miami, Tulip’s track was cats, Cotton Candy had the floor “chief,“and Zebra had the floor”Golf“as his track. Craig let fans know that the panelist with the most correct guesses so far was, unsurprisingly, seasoned dancer and choreographer Paula Abdul. Given that many of his predictions for the remaining guests align with ours, we are inclined to believe that it will maintain that success rate.

Tonight’s guest panelist was LEGO Masters host Will Arnett. In his honor, this week’s Valentine’s Day clues were delivered in boxes with the characters on top made of legos. After another round of great performances from several distinctly professional dancers, it became clear that Zebra was in danger of returning home. He tried his best, but it wasn’t enough, and he was sent back to the jungle. But first, it was revealed that he was our guess from the start: boxer great Oscar De La Hoya.

Tracks: Cotton Candy told us that this Valentine’s show makes her nervous because love has taken a back seat in her career. His first visual clue was supergirl in a glass with the number six on it. He also said that he started on this trail at six. He claimed that before he knew it, four years of his life had flown by. Meanwhile, images of cities famous for hosting the Olympics, such as London, Tokyo, Rio, London, and more were flipping through. Along with the images, fans saw three hearts. His next visual clue was the word “chief, “after someone was shown emerging from under the covers. Everyone’s favorite sugary treat had a Valentine’s card for guest panelist Will Arnett. It read: “You have shown me love on The Masked Singer, but now I’m ready to show you love on The Masked Dancer.” Her undercover clue was that she is a fierce competitor and it is not the first time that she has faced fierce competition.

Song: “Dancing with a Stranger” by Sam Smith feat. Normani

Tracks: Sloth’s first visual clue was the pita bread. He said he never thought dancing would take him here or find him true love, but both happened. He also reflected on being a bad boy and a bit of a womanizer. His next visual clues were a panda, an ice skater, and a jar of scary pumpkin spice. Sloth said he was lonely until he met the love of his life. Then he was shown a stethoscope, as well as a bird flying with the letter U. He said he was one step closer to another trophy. Her Valentine’s card was for Brian Austin Green. Read, “Who would have thought that one of your co-stars would be one of my co-stars? Maybe one day we can be co-stars together.” His undercover clue was that racing is in his family.

Tracks: The Zebra clue pack started with the word “OK“in a mirror. Then fans saw cowboy boots popping out of a bucket of gold, an engagement ring, holly in a tree, and boxing gloves. During his clue pack, there was also a tiger in the corner. He spoke of how he lost someone special to him and how she was the center of his world. Zebra said he now raises awareness of a cure. Another visual clue was the number 510 on a license plate. He said tonight he’s taking a chance and the whole clue The package had a strong Vegas theme. Her Valentine’s card was for Paula Abdul. It said: “You gave me a hello online and now I’m giving you a hello to tell you that I love you.” His undercover clue was that he didn’t come here for a bronze medal, he came here for gold.

Revealed to be our prediction: Oscar de la hoya

Tracks: Tulip’s first visual clues this week included an iceberg and the letter z. She said she’s pretty sure she’s the youngest and that some things never change. She talked about how she misses her best friend, who has taken home more trophies than she has, but still supports her. Clues included posters for Justin Bieber, BTS, and Harry Styles. She mentioned bringing the hype back to the house. There was an angry face made with the letter D on a red envelope and two caramel apples. Tulip’s Valentine’s card was for Ashley Tisdale. The card said “I danced to High School Musical for over 10,000 hours. You were my favorite forever.”

Next: The Masked Dancer: Cotton Candy’s Identity Confirmed By All Clues

The Masked Dancer airs Wednesdays at 8 pm ET on Fox.