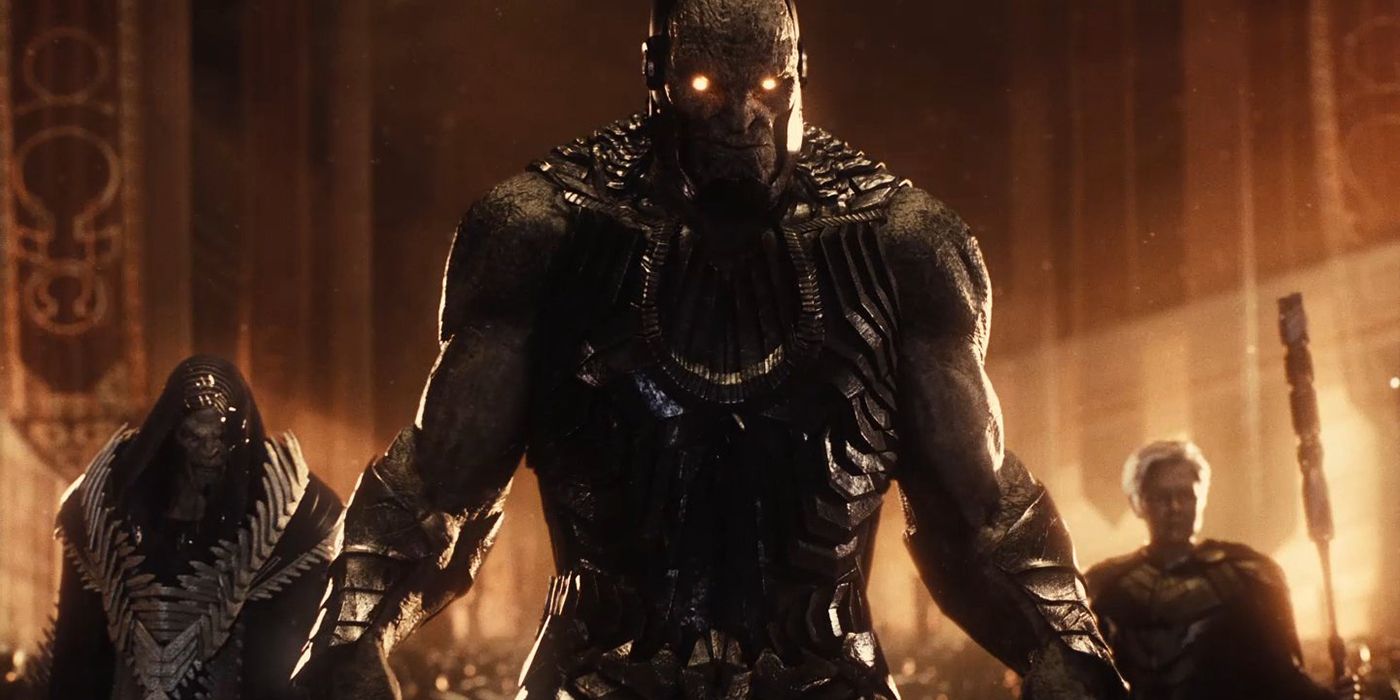 A new teaser for the full Justice League Snyder Cut trailer takes a look at Darkseid’s homeworld, building the backstory for the film’s villain.

Zack Snyder’s Justice League The new teaser gives fans a glimpse into Darkseid’s homeworld and the battle to come. The intergalactic villain was hinted at in the theatrical cut of League of JusticeBut he will have a much larger presence in Snyder’s version, acting as the main villain of the story. It seems his biggest role will include some background on Darkseid’s violent campaign that led to his confrontation with DC’s greatest heroes.

The Unleashing of Darkseid – part of Snyder’s initial League of Justice plan – has been one of the most anticipated aspects of the director’s cut. Darkseid is one of the strongest and most infamous villains in all of DC comics, and his removal from the main plot of Joss Whedon League of Justice The cut was a huge disappointment for fans. However, the invading alien villain is being restored to all his glory in Snyder Cut with a proper showdown promised between him and the superhero team of the same name.

Related: Why isn’t Darkseid the villain of the Justice League (despite being in the Snyder Cut)?

A new teaser for the next one Zach Snyder’s Justice League full trailer, tweeted by the officer Snyder Cut Twitter account, it shows glimpses of that battle and some brand-new footage, including a look at what appears to be Darkseid’s alien homeworld. The shot shows Darkseid flanked by others of his kind, with a banner hanging in the background bearing the omega symbol, a mark used by the alien tyrant to bring others under his control. It’s unclear how much story Darkseid will get in the Snyder Cut, but the new trailer points to an interesting build that leads to the climactic battle for Earth. The full trailer drops on February 14.

In the comics, Darkseid hails from the planet Apokolips, where he becomes king after murdering his older brother and claiming the powerful Omega Force for himself. The teaser image is likely a look at Snyder’s version of Apokolips, and the figures next to Darkseid appear to be DeSaad and Granny Goodness. Snyder has since confirmed that the character with white hair is Granny Goodness from the comics, a member of the New Gods. It’s unclear if the new clip is part of a full origin story for Darkseid, or if it’s simply a brief glimpse into his world before the assault on Earth begins.

With four hours to fill, it’s entirely possible League of Justice Snyder Cut could give a fitting origin story to its tyrannical villain. Most of the new and restored content will presumably focus on Darkseid, his attempted conquest, and preparing the Justice League for their attack, including an extended Knightmare sequence for Batman. More will become clear when the full trailer of Zack Snyder’s Justice League Releases February 14.

Next: Zack Snyder’s Most Publicized Justice League Villain Is A Tease Sequel