The attack on Titan was hilariously censored in Malaysia 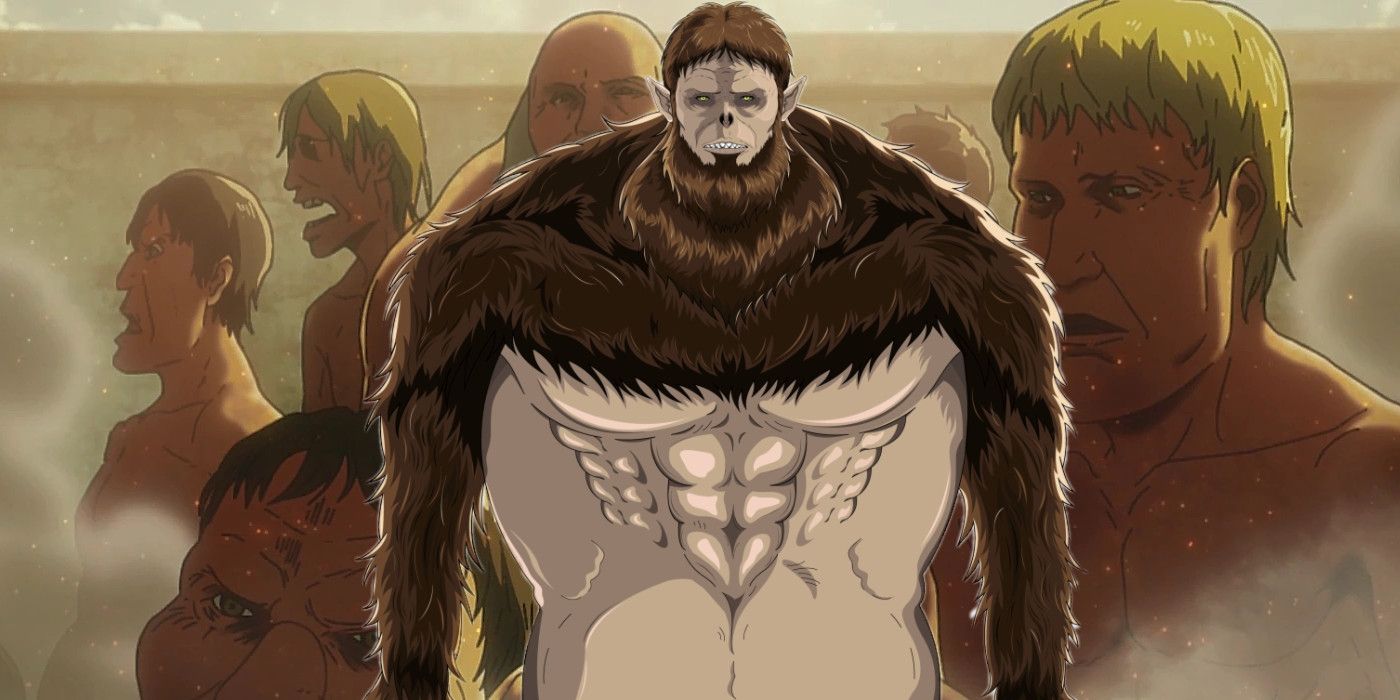 A Malaysian editor can’t deal with all the nudity in Attack on Titan, so they’ve decided to get them covered in a now infamous way.

Kreko, a discontinued Malaysian manga publisher, has censored giant monsters in Attack on Titan forcing them to wear tights. The hit series has been popular for featuring the giant naked man-eating monsters, who can only be killed by slashing the neck. To survive in an era when these monsters roam freely in the outside world, humanity has taken refuge in a multi-walled city. They have also invented gears for maneuvering in the air, as well as specially trained soldiers to fight the Titans and explore the world outside the walls. However, things take a drastic turn when an armored Titan punches a hole in the outer wall.

Due to the hole, hordes of titans entered the human settlements and ate a mountain of humans. Later in the story, it is revealed that these Titans were in fact once human. They turn into Titans after ingesting Zeke’s cerebrospinal fluid. Like the Hulk, they turn into a huge mass of muscle. But unlike the Hulk’s invincible pants, the Titans lose all of their clothing. After all, they lose their function as the Titans lack genitalia, which is also a big question as to how they reproduce during the early stages of the story.

Related: Attack on Titan: Why Titans Can Only Be Killed By Slashing Their Neck

Anime news network tells the story of how the Internet is lost after discovering how a Malaysian publisher censors the nudity of the Titans. The story begins when a Twitter user points out that the modesty of naked monsters is preserved in Malaysia. Then other users from different platforms step in and post evidence of images of Titans in stockings in a Malay translation of Attack on Titan. Even the special Nine Titans are not exempt from censorship, as the Female Titan seemingly gets the shorter end of the stick, needing to wear a suit from chest to knee. After the story gained enough traction, there were also users who posted a translated version of the series without censorship.

Upon further investigation, it turns out that only the translated volumes published by Kreko, a Malaysian publisher, contains the infamous censorship. Unfortunately for those who want to get their own copy of this version, Kreko has already been discontinued since 2019.

Kreko may have done this to comply with the Malaysian Communications and Media Code. However, what makes the Titans terrifying and creepy at the same time is their uncanny resemblance to human anatomy. Also, there is literally nothing to hide as the Titans have no genitalia. Finally, if there is something that may be a cause of sexual arousal in Attack on Titan, it is highly unlikely that they are those man-eating giants.

Next: Attack on Titan – The Titans Get Out of Control and Strike Back

Darth Vader’s power came from hating Palpatine, not serving him