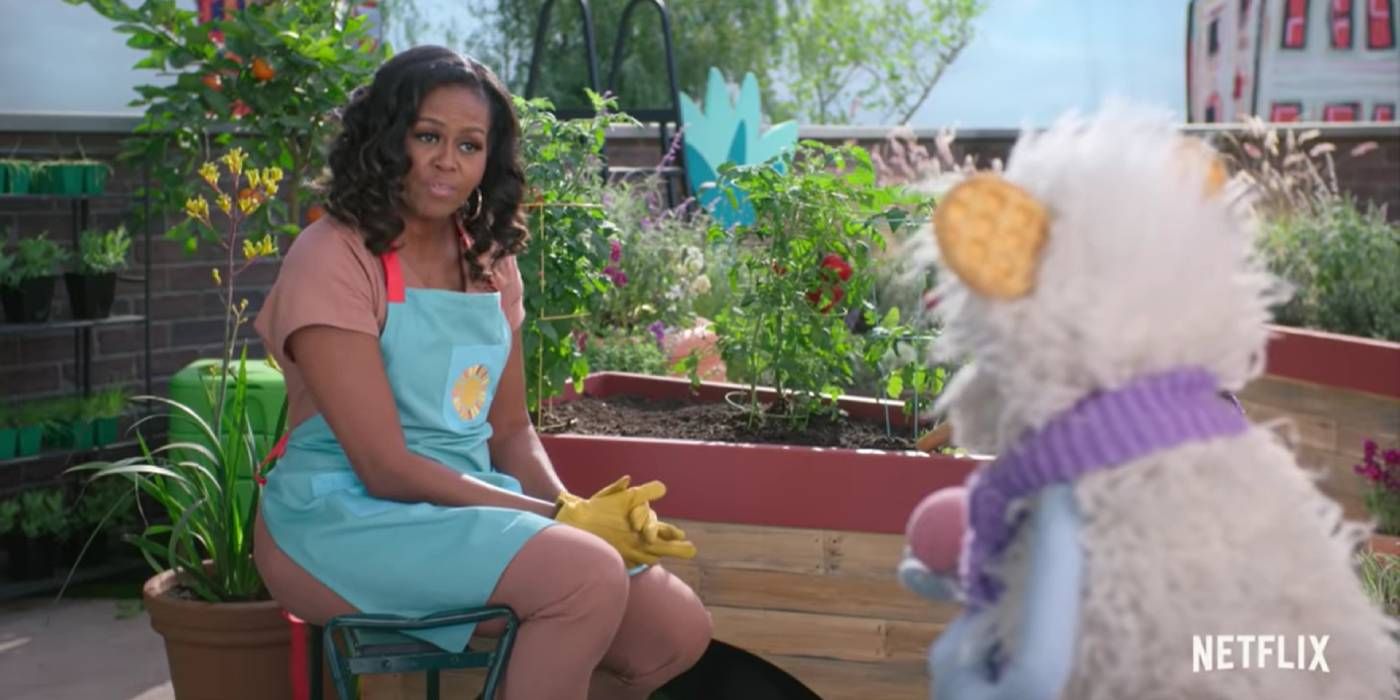 In the Waffles + Mochi trailer, Michelle Obama sends Waffles and Mochi on a trip around the world to learn how to cook with celebrity chefs.

Netflix uploaded the first official trailer of Waffles + Mochi. The television series proves to be full of adventure. Mrs. Obama sends the duo of best friends, Waffle, the snow creature, and Mochi, the sensitive dessert, on a trip around the world to become the best chefs in the world. Waffles and Mochi will travel the world in a flying shopping cart to places like Peru, Savannah, Japan, San Francisco, Seoul, and Italy.

Additionally, Mrs. Obama will introduce you to a number of famous friends, including Jack Black, Rashida Jones, Common, Zach Galifianakis, Tan France, Gaten Matarazzo, Sia, Mandy Moore, Samin Nosrat, José Andrés, and Massimo Bottura. The trailer indicates that the show will use a vivid mix of live action and animation. When it comes to cooking and exploring cities, Waffles and Mochi appear in puppet form, while fun little details are accentuated in animation. There are also other scenes while traveling that are solely for animation. Children will surely be captivated by this new series.

In Waffles + Mochi, the curious puppet friends Waffles and Mochi travel the world exploring the wonders of food and culture while learning to cook with fresh ingredients.

Next: The Best Cooking Shows Available to Watch on Netflix

How Pedro Pascal became the hottest star in Hollywood

Natalie Hunter is a freelance writer with a passion for everything to do with entertainment, from the latest Oscar-winning movie to reality TV trash. She has written for Her Campus, Sommet Dame, and Fabriqued, as well as being a co-host of the Write N ‘Role podcast. From acting to writing scripts to “ranting on the screen”, he has worn almost every hat in the entertainment industry. She also defines herself as half Aries, half cat.