10 ways the DCEU could introduce Dick Grayson as Batman 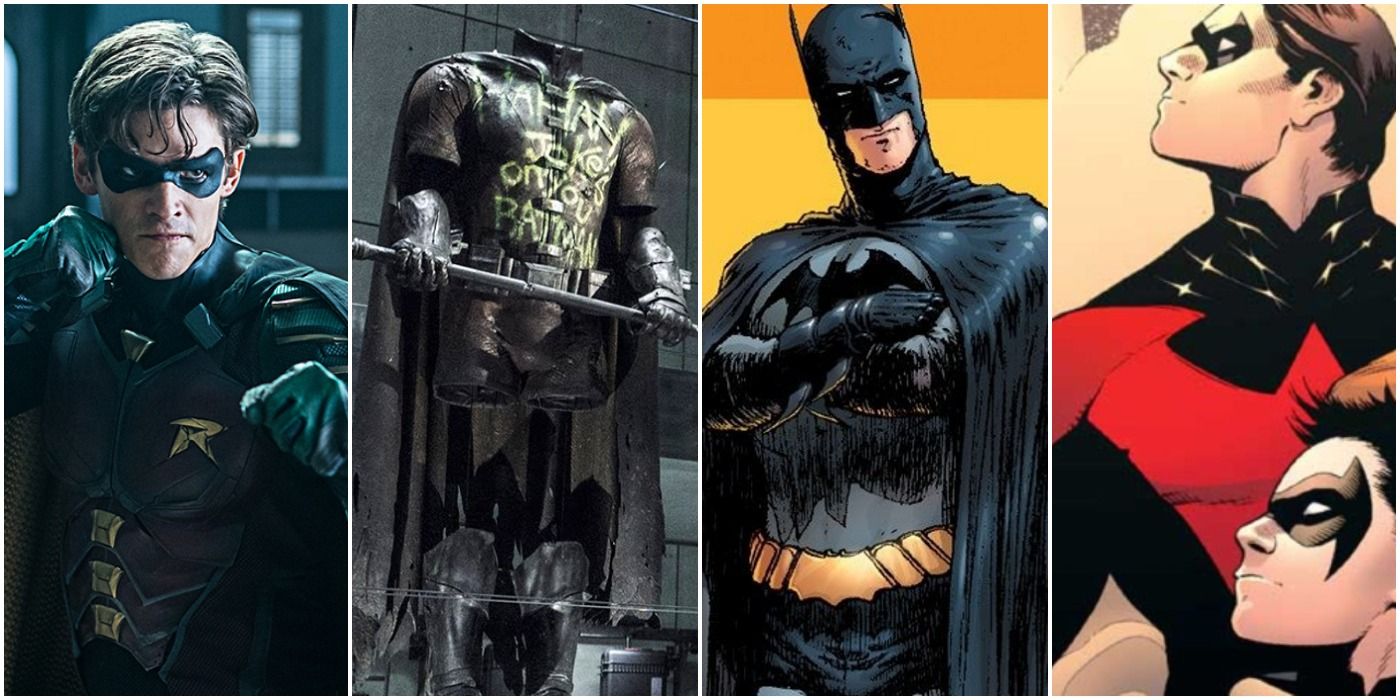 When Batman v Superman: Dawn of Justice was released, fans were surprised to learn that Robin already existed in the DCEU canon. A monument to Robin is displayed, apparently indicating that he has been killed. Fans assumed the late Robin was Jason Todd, but Zack Snyder claimed that he was actually Dick Grayson.

Despite this, the DCEU is now looking to add Nightwing to the franchise, so it appears that this detail has already been removed from the cinematic universe. Now, fans are hoping to see the DCEU explain that Jason Todd is actually the Robin who died, with Dick Grayson existing as Nightwing, waiting to make his debut appearance. With Ben Affleck seemingly cast as Batman, optimistic fans are eagerly awaiting an announcement that Dick Grayson will take over as the Dark Knight in the DCEU.

Since viewers have yet to see Dick Grayson as Robin, having a flashback movie would be the perfect way to introduce the character. The movie could bring her back to Dick Grayson as a kid and show his origin story. For starters, a circus setting, featuring the Flying Graysons, would be the perfect setting for a younger Bruce Wayne to meet his first son for the first time. The end of the movie could show Dick Grayson taking the Batman title from Bruce, having a full circle moment between young Dick meeting Batman and an older Dick turning into Batman, all in a movie.

9 Bringing the next Robin

If Jason Todd has already passed away, the next logical step would be to include his successor Robin in the DCEU: Tim Drake. If Batman wants a Robin right now, Tim Drake is the obvious choice. Introducing a new Robin, of course, would bring old Robin out of the wood and force him to explain where Dick Grayson went.

Given that Ben Affleck will apparently not return as Batman, Dick Grayson could easily step in at Tim’s invitation to take on the role of Batman. Dick and Tim get along very well, so they would make an excellent Batman / Robin duo for the DCEU.

Perhaps the most iconic Batman / Robin duo that doesn’t include Bruce Wayne is Dick Grayson and Damian Wayne. Damian may be Bruce Wayne’s biological son, but Bruce isn’t exactly father of the year. However, Dick and Damian not only get along very well and love each other very much, they are an excellent crime fighting duo just like Batman and Robin. If the DCEU were to skip Bruce Wayne entirely and go straight to the next story, having Dick Grayson take Damian Wayne under his wing would be an intriguing way to do it.

7 Battle for the hood

Because it’s clear that Bruce Wayne has taken on less two Robins in the DCEU, there could be a Battle for the Hood in the DCEU. In DC Comics, when Batman relinquishes the title and “passes away,” there are a number of characters who come out of the wood to take over.

However, characters like Tim Drake are always rooting for Dick Grayson to become Batman, making it the most obvious choice for a winner. Although Dick fights for to wish the role of Batman, arguably even better than Bruce Wayne. If there was a Battle for the hood movie, Dick Grayson could win the mantle and establish himself as the new Batman in the future.

If Ben Affleck is really coming out as Batman, fans are hopeful that he at least has a transition movie where he’s removed from the DCEU and a new Batman is introduced. While some hope that Robert Pattinson will somehow become that Batman, and others look at Michael Keaton, fans of Dick Grayson hope that I KNOW will come into play instead.

If Bruce Wayne was killed in the DCEU without naming a successor before his death, then the Justice League, especially Clark and Diana, would probably go in search of the next logical option and could probably run into Dick easily, maybe even at Bruce’s funeral. If you asked Alfred Pennyworth for suggestions, it is likely that he chose his own foster grandson, Dick.

With the news that Ben Affleck turned down a solo movie as Batman, audiences are hesitant to expect another Batman movie with him. However, as it appears to appear in The flash movie, there’s hope for Bruce Wayne’s appearances in other movies, and potentially in team movies.

If there was a movie made specifically about Dick Grayson, Bruce Wayne might appear not as Batman, but as his mentor figure. This kind of introduction for Dick Grayson as Batman in the DCEU would make it clear that Dick is the protagonist now, and Bruce is his old mentor, who has moved on to the next phase of his life.

4 From Nightwing to Batman

When Bruce Wayne stopped in front of the Robin monument in the Batcave in Dawn of Justice the only way to get all the details of the monument was to pause the movie. Audiences can see that Robin’s costume has been spray painted with yellow words that say, “HAHAHA, THE JOKE IS ON YOU BATMAN.”

Suicide squad made it more obvious that Robin had been killed by the Joker and Harley Quinn. Although Zack Snyder later said that the Robin here was destined to be Dick Grayson, the DCEU has made it clear that they want Nightwing in the franchise. If they were to introduce Nightwing how they really want to, then transitioning into the role of Batman would be the easiest way forward.

The DCEU isn’t just made up of Batman movies. In addition to Caped Crusader, the franchise includes main characters such as Wonder Woman, Superman, Aquaman, Flash, and Cyborg, all of whom also have their own separate stories.

If Batman comes out, the Justice League may start looking for someone to fill the space he left vacant. An obvious choice would be Dick Grayson, assuming they know it exists. If they don’t, they might even introduce you to it simply by finding out that there is another superhero working in the city of Blüdhaven.

It could be that the DCEU allows Bruce Wayne to gracefully exit the franchise. He could reconcile with Dick Grayson, the two reestablishing a relationship with each other and learning to work together not just as father and son, but as a team of adult superheroes. Dick Grayson, like Nightwing, could learn from Batman how Really be a superhero. In the process, of course, he would really be learning how to be Batman. As it is obvious that Dick has already been Robin to Bruce and is therefore already his son, it would make emotional and logical sense that Dick is the one he chooses to be the next Batman.

Although DC hasn’t integrated their film and television properties as well as the MCU has, they have already started with the next generation of superheroes. The TV show Titans showed fans Dick Grayson in live action, as well as other characters from the Teen Titans team. As the next generation has already begun, they could go straight to the big screen. Even if the DCEU doesn’t want to use the same versions of the characters, it’s clear that they are already moving in that direction.

NEXT: 10 Times Dick Grayson Was Better Batman Than Bruce Wayne


Next
Venom – All TV and Movie Appearances, Ranked