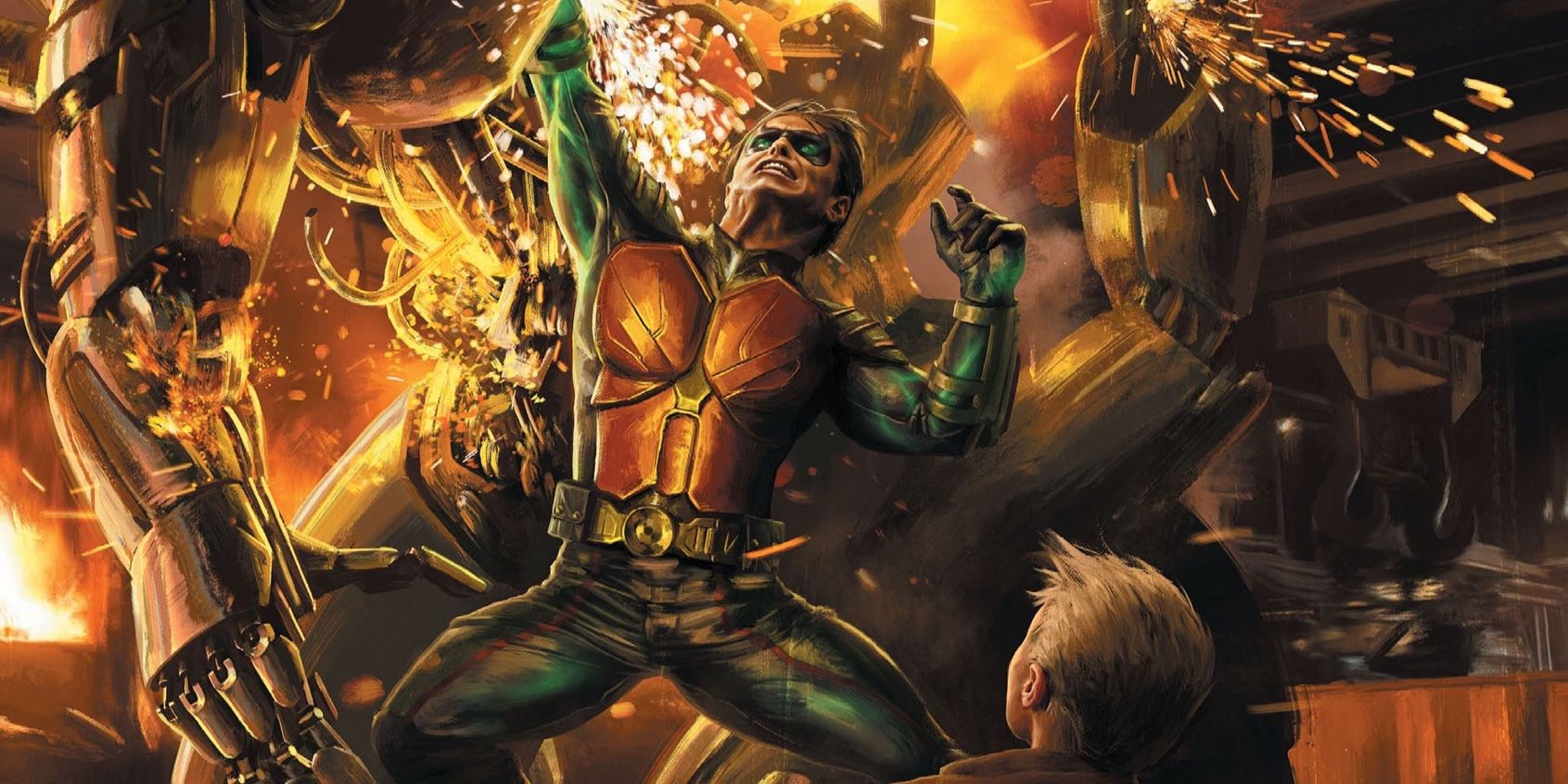 In DC’s Future State, the current Robin, Tim Drake, has just returned from the dead as Red Hood, thanks to the power of the Lazarus Pit.

Although Tim Drake was thought to have been assassinated by the magistrate in the first issue of Future State: Robin Eternal, the current Robin resurrected after being inadvertently covered by the organization’s Lazarus Pit experimental resin, very similar to the compound and substance that brought former Robin Jason Todd back to life in the past, leading to his evolution in the DC Universe as a Magistrate. Red Hood bounty hunter. Now, Tim Drake is following suit, getting a second chance at life while increasing his strength.

In the new Future State: Robin Eternal # 2 from writer Meghan Fitzmartin with art by Eddy Barrows, Tim Drake feels good thanks to Lazarus resin. Not only has Tim returned from the dead after breaking various bones like his spine and neck in the first issue, but he also feels stronger and almost invincible. As such, he wonders if this is how Jason feels all the time as Red Hood. Furthermore, even though an entire regiment of magistrate enforcers has made their way towards him and his allies Stephanie and Darcy, Tim faces them all with fierce confidence and his newfound strength, feeling like he could take on the world.

However, as with the original Lazarus Pit belonging to R’as al Ghul, the mighty waters are not without negative side effects on sanity. For a long time, Red Hood was a villain of sheer brutality and it wasn’t until later that he would emerge as the antihero and outlaw he is today, having regained control of his mind. Likewise, the resin of Lazarus created by the Magistrate is revealed to be incompatible with human emotions, and that too much will lead to the death of the subject.

Eventually, it is revealed that the best way to dilute the resin in the convoy is to dump it into the Gotham River, although the arrival of the Magistrate’s elite Peacekeepers arrives to take a look at those plans. As Drake quickly defeats them in hand-to-hand combat, the resin affecting his mind begins to influence him, trying to goad him to kill one of the Peacekeepers with his bare hands, reminiscent of the early days of Red Hood. However, Drake managed to not only resist the urge to kill the Magistrate agent, but also temporarily push back the influence of the resin.

At the end of the problem, the Magistrate manages to arrest and leave with Stephanie, just before the convoy crashes and explodes. This would have killed Darcy, had Drake not thrown her to safety as she fell into the Gotham River. While Darcy believes that Tim died at the end of the problem by laying down his own life for hers, the final panel sees that Tim survived, cheating death once again. There is also the implication that it is now also free from the negative effects of the resin, thanks to its immersion in the river. As such, it appears that Tim Drake Robin is still alive and well, and will no doubt continue to fight magistrate oppression as DC Future state keep going.