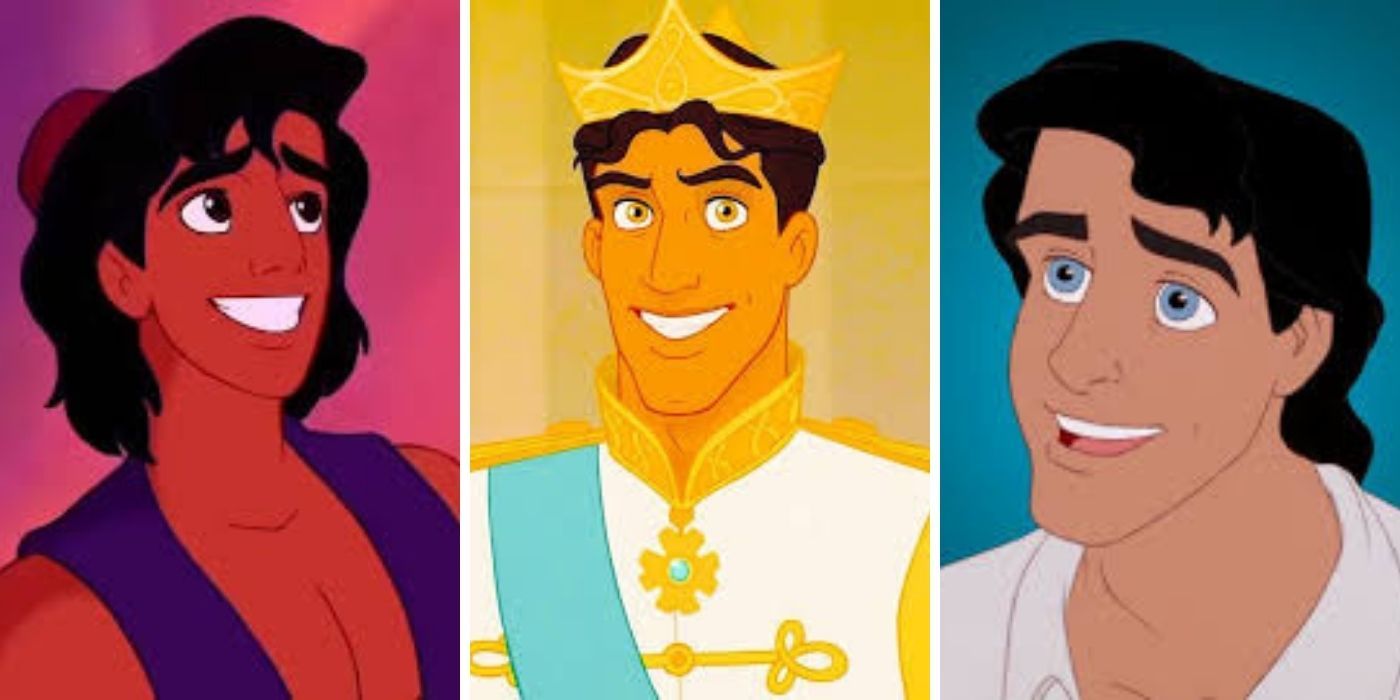 When it comes to everyday challenges in the animated world of Disney, royalty faces a fair share. From the mistaken identity to magical curses and the slaying of dragons, a prince in the wonderful world of Disney has a lot of work ahead of him. Being a knight in shining armor to the local princess, heroic as a character may be, might not be enough to help a Disney prince survive. The Hunger Games.

RELATED: Disney Sidekicks, Ranked Least to Most Likely to Win the Hunger Games

While most Disney princes have the skills to fight an opponent in difficult territory and the charm to win over an audience, they simply aren’t ruthless enough to eliminate their biggest threats. Most Disney princes would not understand the strategy they would need to survive in the gaming arena.

There have been many different versions of the Cinderella story over the years. One thing they all have in common is that her handsome prince keeps looking for her after the dance where she leaves something behind. That definitely shows that Prince Charming has a serious drive.

The problem is that, in Disney’s animated version of Cinderella, Prince Charming doesn’t have much to offer beyond that. He has never shown himself to be particularly adept at fighting or diplomacy. Sure, he can dance and may employ a lot of servants to find Cinderella, but he doesn’t exhibit any skills to aid him in games, making him an easy target.

In Snow White and the Seven Dwarfs, the prince does not have a very developed personality. He, as is the case with most classical princes, is there to save the princess. However, Prince Florian (as he is called in modern merchandise) proves that he is moderately intelligent while tracking Snow White in the forest.

His ability to traverse the forest makes him at least a little better at handling the sand’s potential rugged terrain compared to Prince Charming, making him slightly better.

Naveen certainly has an advantage over the duo of classical princes who would fall to him. He is quite adept at getting people on his side, as evidenced by his tricking Tiana into kissing him. Despite being upset with him, she goes on a journey with him.

Naveen, however, would not last long among his allies, as it would be quite obvious that he would put himself first. While that’s the nature of games, alliances are important to garnering tribute during the early days of competition, and Naveen might not do as much if he displayed too many selfish tendencies.

Most fans will know Prince Adam as the Beast. Now, if he competed in the games in his cursed beast form, Adam could turn out to be a winner. However, in his human form, Adam might not inspire much fear in his competitors.

RELATED: 10 Disney Princes Who Are Best Suited To Different Princesses

Adam is initially selfish and a bit lonely. He probably wouldn’t form alliances that would put others in danger. That might help him in the short term, as he could hide and hope to outlive some of his opponents, but ultimately, he would have to fight. Considering he is an expert in claws, but not weapons, that might not end well for him.

He is undoubtedly a fan favorite among Disney princes, and shows that he is not far behind to survive insane situations in Tangled upBut even Flynn Rider wouldn’t make it out of the arena alive. He would go a long way, though, as his sense of humor and antics would undoubtedly charm Capitol viewers and win him some patrons.

Flynn would probably choose to make alliances early, while the tributes were still training and being judged. However, he would not stick to those alliances in the arena, moving towards whatever he thought would give him his best chance. It’s those betrayals that would make him a target.

Kristoff is quite a nice guy, helping a young woman he doesn’t even know at the beginning of Frozenthe history. He too, however, is quite a strong guy.

Unlike the other princes on this list, Kristoff is not royal by birth, but will be royal by marriage. Rather than being raised in a palace, he grew up on the outskirts of Arendelle and makes a living hauling blocks of ice. Even if Kristoff isn’t the most skilled of Disney’s princes, he’s certainly one of the strongest, and that gives him an advantage against tributes who never learned to fight.

Aladdin is the prince that most viewers would probably support while watching the games. He has a mischievous charm and some pretty impressive gymnastic skills. There is no doubt that the patrons of the Capitol would be fascinated by him.

RELATED: Disney Princesses Ranked Least To Most Likely To Survive The Hunger Games

The problem is, Aladdin is probably the last prince to follow the rules. By trying to be gentle enough to fool game officials, you will likely land in hot water and have a very large target on your back. The Capitol would want the prince of thieves to leave. Without a genius to help him stay out of reach, he would not reach the end.

When Disney released The little Mermaid, ushered in the Disney Renaissance. Prince Eric is even a Renaissance man. Not only is he in line for the throne and learning about his kingdom, but he is a capable sailor, musician, and fighter.

In terms of existing The Hunger Games characters, it would be more like Finnick, someone who could put on a charming face for the political song and the Capitol dance, but someone who despised games and everything they stood for. He could definitely hold his own in the arena, but there are two more princes who could top him.

Of the classic Disney princes, Phillip is definitely a favorite. In general, it does much more than wake the princess with a kiss in Sleeping Beauty, kill the beast.

Phillip is one of the few princes who has to fight to get to the princess in his story. He seems quite out of the question as he has to face a fire-breathing dragon that is the changing form of a fairy. However, Phillip perseveres, showing he has great willpower to pursue his sword skills. So who did Phillip beat?

Technically, Li Shang is not a prince. He is a military leader. However, his connection to Mulan, who is an honorary princess in Disney’s official lineup, makes him worthy of the title of prince.

There is no question that this is a Disney character that could outperform the other tributes in the arena. He may not want to take the other tributes’ lives, but he would understand the need to do so. As a soldier, his hands are already stained with blood and he understands his duty to his country. He also has incredible sword, staff, and melee combat skills. No prince could defeat him.

NEXT: Every Disney Prince, Ranked By Intelligence

Amanda is a freelance writer in Florida. He has a degree in psychology and loves superheroes and serial storytelling. Her favorite heroines include Black Widow, Blake Belladonna, and Sailor Jupiter.