Marvel: 10 characters who debuted in another hero’s series 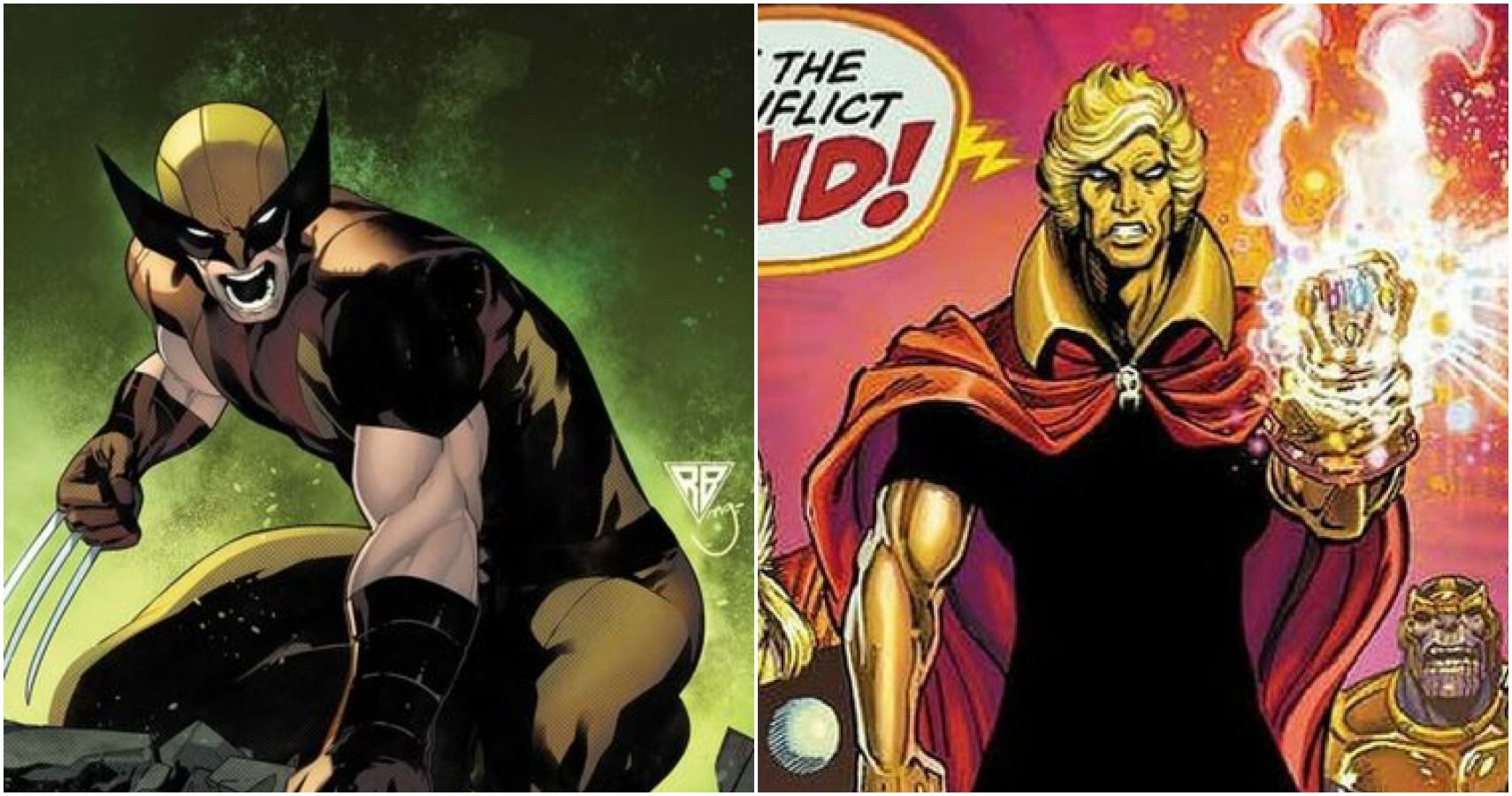 In the pages of Marvel Comics, there is no shortage of memorable characters that have been introduced to fans and that have continued to endure thanks to being built and developed beyond their first appearances. What’s interesting to note is that many characters that we still love to this day, be they do-gooders or evildoers, actually debuted on the pages of a story that belonged to another memorable character.

This practice is not uncommon in the comic book industry and is actually a pretty clever way of bringing specific characters and concepts together to form a cohesive shared universe that unfolds across multiple stories (something Marvel has perfected in film and television as well). . This list includes a list of several of Marvel’s big hitters who debuted in other heroes’ comics before finding their own popularity.

While he technically had a cameo in the previous issue, Ego the Living Planet was fully featured to fans on the pages of Tthe mighty thor # 133 in October 1966. The God of Thunder was recruited by the Rigel Colonizers to stop Ego, as the being had begun to consume planets to sustain itself and the Rigellians feared that their planet would be the next. Thor was able to stop Ego by creating a large electrical storm, causing Ego to surrender and never leave the Black Galaxy (this would not be permanent, of course).

Adam Warlock first appeared under the name “He” in Fantastic four #66 and 67 (released in September and October 1967 respectively). A group of evil scientists known as the Enclave had created the being known as “He”, but the blinding light it emitted prevented the scientists from physically approaching it. They then recruited The Thing’s blind girlfriend, Alicia Masters, not only to get close to him (as her lack of sight prevented her from being affected by the blinding light) but also to sculpt the perfect face for him.

Using one of Reed’s devices to look back and discover that Alice was abducted, the Fantastic Four were able to teleport to the Enclave base just as the lead scientist and Alice were approaching the being. Alice was able to get close to Him but saw that He was in a cocoon, since He had not yet finished maturing. In the middle of a fight between the Enclave and the Fantastic Four, the cocoon split open to reveal him as a mature, golden human, who flew into space after destroying his creators and his base.

While most of the characters on this list have remained the same from their initial appearances to this day, Sabretooth started out somewhat differently. Rather than being a mutant, Victor Creed started out as a powerless serial killer and a recurring Danny Rand / Iron Fist enemy, first appearing as such in Iron fist # 14 in August 1977. Chris Claremont re-introduced him as a member of Mister Sinister’s group of mutant assassins, The Marauders, at the 1986 Mutant Massacre event. Once he separated from the Marauders on his own, his popularity grew. to where he soon became the insatiably violent antagonist and antithesis of Wolverine as we know him today.

Sam Wilson / Falcon, known for being the first African-American superhero to appear in mainstream comics, made his debut in Captain America # 117 in September 1969 as an initially unnamed Harlem native who had adopted and trained a wild hawk he had named Redwing. Upon finding an advertisement for a group of brown men on an island in need of a hunting hawk, Wilson and Redwing went to respond, though they later discovered that these men (called the “Exiles”) were actually allies of the Red Skull.

RELATED: 5 Battles Wolverine Won By Himself (& 5 Where He Needed Help)

While escaping from the men, Wilson was able to urge the island’s natives (who had been forced into slavery) to rise up against the exiles. Soon after, Steve Rogers met Wilson and revealed his identity as Captain America. Rogers convinced Wilson to become the superhero Falcon and has remained an ally of Steve Rogers ever since. The true identity of Sam Wilson’s Falcon was not revealed until the next issue.

The Mad Titan Thanos first appeared in February 1973. The invincible iron man # 55 written by Jim Starlin and Mike Friedrich. In the story, Tony Stark receives a telepathic message from a wounded and restricted Drax the Destroyer on Titan to “be careful with the Blood Brothers.” This message reaches Iron Man too late, as the Blood Brothers (a pair of muscular alien minions) assault the armored Avenger before knocking him unconscious and taking him to Titan by hovercraft.

Tony eventually regains consciousness, defeating the Blood Brothers and finding Drax, although in his attempt to free Drax he is knocked down by one of his own bolts. Lying on the ground, he is greeted by Thanos, who crushes the hero’s right hand with his boot before introducing himself as “Thanos, the first Emperor of Titan and soon of Earth!” What an entrance.

Mystique initially started out as an antagonist to Ms. Marvel, making a cameo in Mrs. Marvel # 16 (May 1978) as an unnamed shapeshifter who was spying on Carol Danvers. He then appeared in full in Issues 17 (June 1978) and 18 (July 1978), infiltrating SHIELD headquarters to steal top-secret information about the Avengers, during which Nick Fury disguised himself as a spy and director. While his plans were thwarted Mrs. Marvel Writer Chris Claremont soon brought her into his career in X Men, a series in which he has been a main character ever since.

Fantastic four # 48-50 (released March-May 1966), better known as “The Galactus Trilogy,” saw the debut of its main character, the imposing being who devours planets as a means of survival. His first appearance on the page comes at the end of no. 48, when his huge ship appears over the Manhattan skyline. Upon exiting the ship, Galactus makes it clear to witnesses that he plans to consume his world, cementing his still iconic status as one of Marvel’s greatest creations.

Galactus wasn’t the only iconic character to debut in Fantastic four # 48, as his reluctant herald Silver Surfer also joined the trip. The story actually begins with his introduction, as he is shown moving on his surfboard through the Andromeda Galaxy, which is witnessed by a group of panicked Skrulls who know that Galactus is coming soon. Towards the end of the problem, the Surfer manages to break through the world of debris that the Watcher had placed around Earth to prevent Galactus from seeing him. The surfer then lands on top of the Baxter building and sends a signal to his master before being knocked down by The Thing.

The amazing Spider Man # 129 (released February 1974) saw The Punisher’s debut, acting as Spider-Man’s antagonist. Teaming up with The Jackal, The Punisher is determined to kill the webslinger, who is wanted for the alleged murder of Norman Osborn. It is in this issue where the attributes of the character are shown, since he is presented as an excellent shooter, strategist and fighter who kills criminals without hesitation. The Punisher soon amassed a large fan base from his debut and would become a staple character for Marvel Comics in the future.

The most famous member of the X-Men found his way into our collective hearts and imaginations at the end of The incredible Hulk # 180 (in October 1974) before making his full appearance in the next issue, # 181 (November 1974). Revealed as a mutant sent by the Canadian government to defeat the Hulk, he interrupts a battle between the Jade Giant and the Wendigo, and it is here that we see his adamantium claws and savage abilities in action against the Wendigo.

The Hulk initially thinks that Wolverine is his ally, a misconception that Wolverine uses to his advantage; After the Hulk knocks out the Wendigo, Wolverine turns his claws on the Green Goliath, with the two even in combat, knocking each other out. When the Hulk later leaves, Wolverine remains lying on the ground. The recently popular mutant would reappear in Giant size X-Men # 1 as a new member of the X-Men, and the rest is history.

NEXT: 5 Marvel Heroes Who Would Make Great Jedi (& 5 Who Would Fall To The Dark Side)