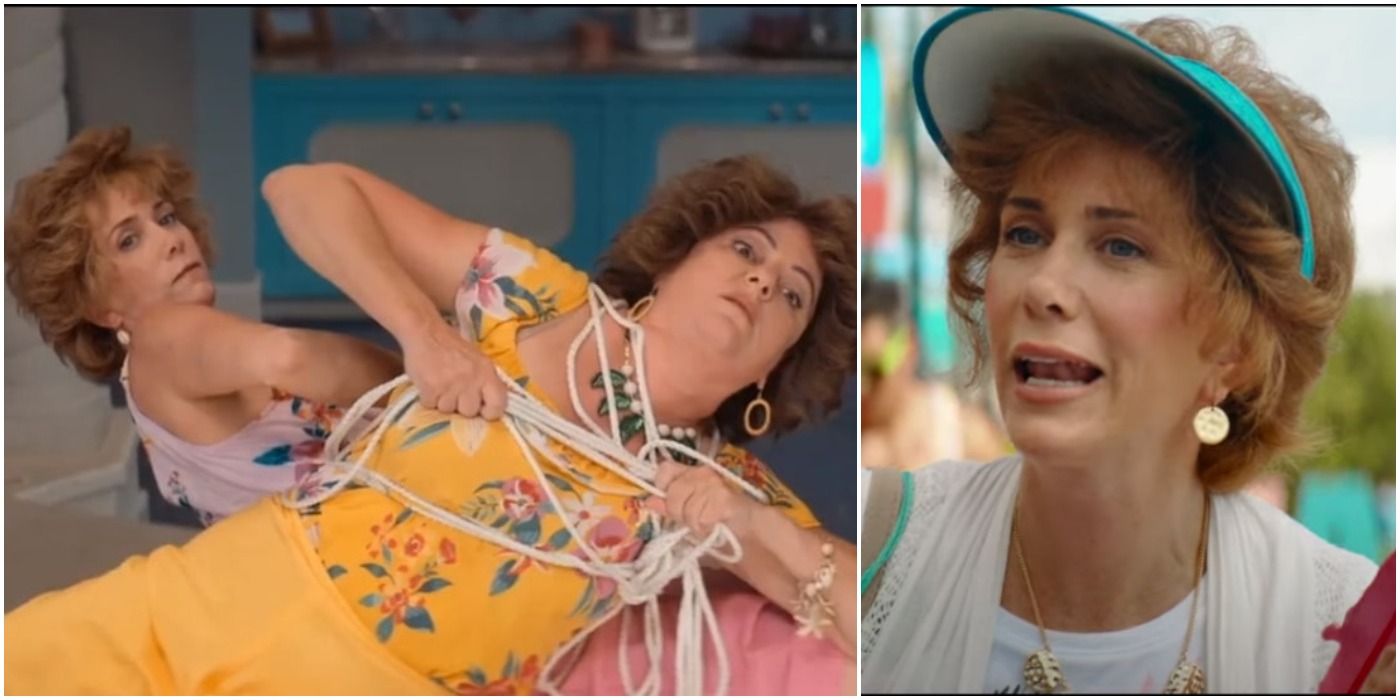 Although there was not much excitement prior to the launch of the new comedy Barb and Star go to Vista Del Mar, It turned out to be a hilarious movie. Bridesmaids Writers Kristen Wiig and Annie Mumolo team up again to play the two titular middle-aged women seeking adventure on a sunny vacation.

As modest as the two main characters are, the movie is surprisingly out there with its comedy and wacky premise. With much song, absurdity and a deadly plot of an evil genius, Barb and star contains some truly hilarious moments that fans are sure to revisit for years to come.

If someone walks into this movie not knowing what to expect, the opening scene sets them up for their crazy sense of humor. Taking place in a typical suburban community, a young man named Yoyo rides a bike and delivers the morning newspaper.

Out of nowhere, Yoyo starts lip-syncing to Barbra Streisand and Barry Gibb’s song “Guilty”. The way the young man is so serious and passionate in singing the song is so entertaining that it’s hard not to fall in love with the movie right away.

The film features the story’s heroes, Barb and Star, as they sit on a couch, chatting enthusiastically about topics like 19th century hygiene and raccoon sleep patterns. It is then revealed that they are actually at their jobs at a furniture store and refuse to sell the sofa to a couple because they are using it themselves.

The details of their work ethic get even weirder as the scene progresses, as they admit that they both walk into work when the other is working just to spend time together, as well as the fact that they host Thanksgiving dinners. in the store when it is. closed.

The film shows a glimpse into Barb and Star’s hobbies as they meet up with a group of friends for their “talk club” that consists of nothing more than talking about some prearranged topic. However, it is also clear that the leader, Debbie (Vanessa Bayer) leads the group with an iron fist.

Debbie’s hilariously exaggerated and strict rules include blocking other group members if they are not exactly on time, withholding food if someone speaks out of place, and not allowing swear words “except for the F word.”

After losing their jobs, Barb and Star decide to escape to Vista Del Mar on vacation. When they arrive at a luxurious beachside hotel, it looks exactly like the paradise they had hoped for and they are greeted with a luxurious musical number about the hotel.

When the song’s colorful and energetic sequence comes to an end, it turns out that Barb and Star have gone to the wrong place and are actually staying at the dilapidated motel across the street.

During their first night at Vista Del Mar, Barb and Star meet a nice young man named Edgar and spend a crazy night with him. This leads to best friends lying to each other to sneak out and hang out with Edgar.

When they meet later, Star nervously makes up a story about how she went for a walk and met a turtle who took her home. When asked how her bath was, Barb also begins to nervously lie and also claims that a turtle joined her in the bath.

It turns out that Edgar is actually the partner of an evil genius who seeks to unleash a swarm of deadly mosquitoes in Vista Del Mar. But after losing the essential microchip, Edgar is contacted by a mysterious spy over the phone.

The voice on the other side insists that he must remain anonymous, but as the conversation continues, the spy continues to accidentally reveal more information about himself, including that his name is Darlie Bunkle.

When Star falls in love with Edgar, she is consumed with guilt for lying to her best friend. She seeks the help of a talking crab who offers wise advice with a deep and powerful voice that closely resembles Morgan Freeman.

The crab then explains that his name is actually Morgan Freemond before detailing the long life he lived, including time in prison and driving around an old woman, which sounds very similar to the Morgan Freeman movies.

Eventually, Edgar’s true identity is revealed to Barb and Sta, forcing him to take them hostage. He ties them up, but when asked why he’s doing this, he can’t help but get into a long monologue about his backstory.

Jamie Dornan is mostly known for his romantic roles, but he can really show off some comedic skills in this movie as the goofy, infatuated Edgar. His highlight of the film is his great and strange beach song in which he pours his heart out to a bunch of seagulls.

Dornan interprets the scene so seriously even when he sings about climbing a palm tree like a cat. It is a moment that perfectly sells the absurdity of this film.

The real charm of the movie is how perfect Barb and Star are as best friends. They just find infinite amounts of joy and kinship talking to each other about the most random things. As they head on their vacation, Star brings up the fact that she can’t think of a famous actor named Trish.

This leads the two friends to imagine the entire life of this woman named Trish. It begins by talking about how much this hypothetical lady loves the holidays and in the end the two friends cry over their imaginary story of Trish contracting cancer and throwing herself into the ocean.

NEXT: Bridesmaids And 9 Other Comedies From The 2010s That Deserve Sequels


Next
WandaVision: 10 other FOX X-Men characters who could make an appearance