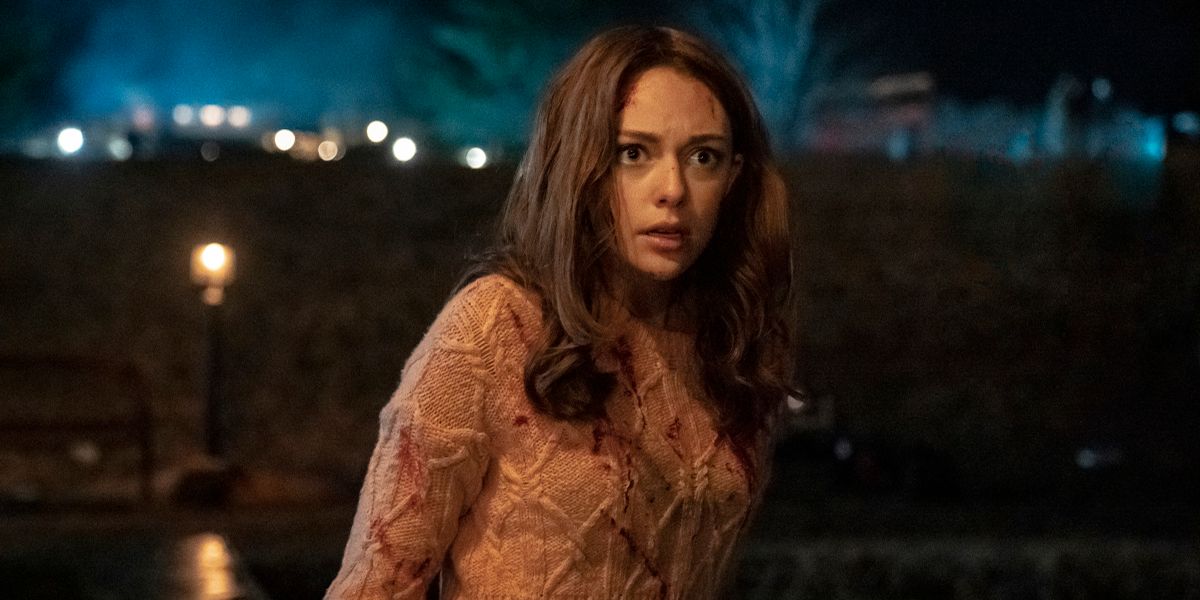 In the latest episode of Legacies, Alaric and Hope use the therapy box to try to find out why Landon disappeared. The answer is devastating.

WARNING: The following contains major spoilers for Legacies season 3 episode 5, “This Is What It Takes,” which aired Thursday on The CW.

The Salvatore School students defeated the Necromancer, Malivore, and all monsters in Malivore’s Pit in Legacies‘previous episode. An effort that left Hope and Landon trapped in the prison world where Lizzie, Josie and Alyssa sent all the monsters. After Hope used Malivore’s well in the prison world to return to the real world, she and Landon had a moment alone that led to them having sex for the first time. It was a moment of pure happiness for Hope. That is, until Landon dissolved into a pool of black substance next to her. So in the latest episode, “This Is What It Takes,” Hope is determined to get her boyfriend back by any means necessary, and that leads her to use a magical tool that wasn’t that helpful the first time.

When the episode begins, Hope joins the party that the Salvatore School students have to celebrate their victory over the Necromancer and the Malivore. Unfortunately, no one remembers her due to her recent dive into the Malivore well, so before she can get their help, Hope has to explain who she is and convince everyone to trust her. Thankfully, instead of repeating Hope’s Season 2 re-entry into the real world after being forgotten due to the Malivore pit, this time around, the show largely bypasses this time frame by moving forward to three weeks later.

Unfortunately, within those three weeks, no one has been able to find out what happened to Landon, so Alaric proposes an unexpected course of action. She suggests that Hope go to the therapy box that she and her classmates used during last season’s black and white episode. Of course, that ended with terrible results. But according to Alaric, the therapy box can be used for a single person and he seems to believe that examining his own subconscious will give Hope the information she needs to bring Landon back. Hope is skeptical, but willing to try anything, so she enters the therapy box.

He wakes up in a creepy cabin in the woods just as Lizzie, sporting huge ’80s hair, bursts in to ask Hope how her first time with Landon was. However, strangely, Landon is nowhere to be found, and Hope learns that he is at the Mystic Falls maintenance man cabin, who drowned in the river years ago but is supposedly still haunting the cabin and the surrounding area.

And it turns out that the maintenance man is much worse than he initially appears. As Lizzie babbles at Hope, she is stabbed in the abdomen from behind and when she falls down, the Maintenance Man is revealed to be a slasher from a horror movie, wearing a creepy mask. As soon as she sees him, Hope runs off screaming. But like any good slasher, the Maintenance Man keeps showing up. No matter where Hope goes or who she meets, from Josie to Jed and Alaric and even Ethan from Mystic Falls High, the Maintenance Man shows up and kills them, until Hope finally got sick of being the last scared girl in a movie. Horror. .

Entering her usual tough-girl mode, Hope fights the Maintenance Man, and after a fight, grabs his knife, stabs him, and kills him. So she unmasks him only to find that the person underneath is Landon. Landon comes to life and suggests that they talk about what happened to him in the real world. He pushes Hope to realize that all of her friends died on the set of the therapy box horror movie because all she cared about was finding and saving Landon. But Landon observes that in the real world, all Hope has to do is give up on him. Landon points out that since he is Malivore’s biological son and Hope is toxic to Malivore, deep down, Hope knows what this means to Landon. However, the truth is so terrible that Hope cannot tell.

Although the word to leave keeps popping up on the therapy chart after realizing it, Hope refuses to say it. She reasons that if she can’t be with Landon in the real world, she plans to stick with Landon’s approach created by the therapy box. In the real world, however, Alaric takes her out to inform her that he has acquired an artifact they have been looking for and that it grants the user’s heart wish. So Hope wishes it, hoping Landon will come back that way. It does not work.

Later at the docks, Hope confesses to Alaric that she has to admit that Landon is really gone and that she and everyone else have to move on. Then he throws the artifact into the water and begins to mourn another loss.

However, as the artifact sinks further, out of Hope’s sight, it opens and light spills out. The scene then cuts to Landon walking in the dark. In front of him, he sees a brightly lit door. He walks over and opens it when the episode ends. Could the artifact have worked after all or is there something else? Either way, there seems to be hope that Landon won’t be gone much longer from Legacies. In the first place though, Hope will likely spend some time in mourning, which could make her comeback that much sweeter, or maybe it will be a shock if Landon takes long enough to return that Hope is gone.

NEXT: Legacies: Lizzie And MG Are Part Of An Unexpected Love Triangle

MCU: Who are the Eternals and what they can do