MCU: Who are the Eternals and what they can do 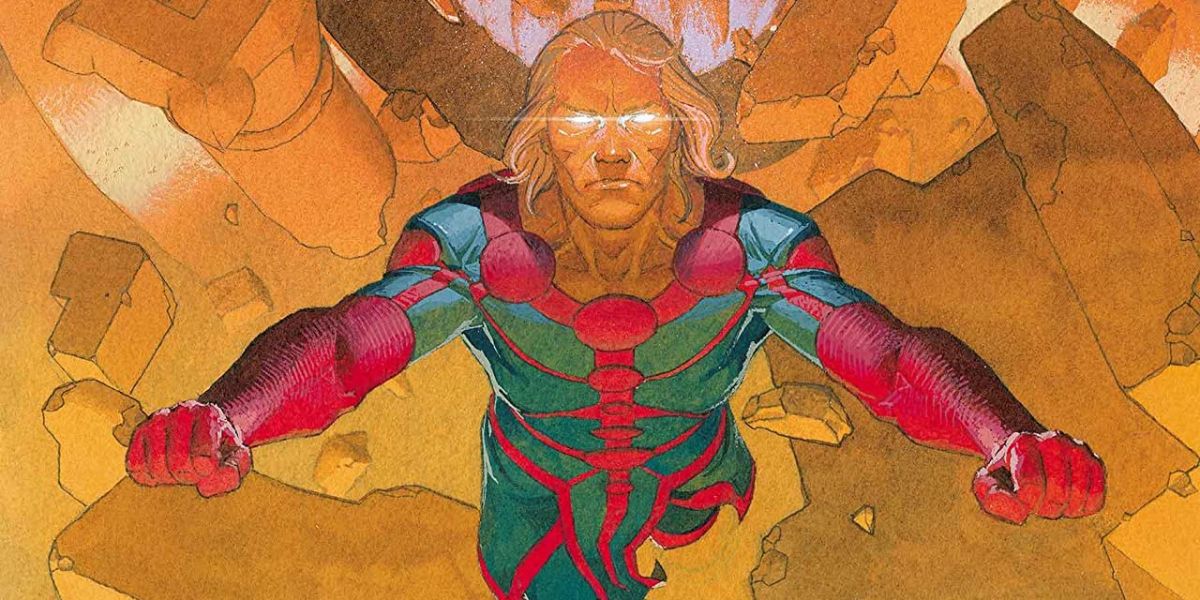 Eternal is ready to introduce a whole team of new superheroes to the Marvel Cinematic Universe. In the comics, the Eternals are a branch of humanity created by the Celestials who can harness great cosmic power and have complete control over their physical forms and bodily functions. Because of this, they all have certain abilities like superhuman strength, speed, endurance, and durability, as well as flight, teleportation, regeneration, psionic abilities, matter transmutation, illusion casting, and cosmic energy manipulation.

The official synopsis for the Marvel Studios film describes the Eternals as aliens and it’s unclear if each will retain all of their powers from the comics. Still, recent character descriptions revealed that most of them will retain the specialized powers for which they are known. Here’s what you know about each member of the Marvel Comics Eternals.

RELATED: Eternals & Nomadland May Have More In Common Than You’d Expect

Ajak is a great warrior and will be the wise leader of the Eternals in the next movie. Ajak is a man in the comics, but the character is one of the few whose gender has been changed for the live-action adaptation. It has all the powers associated with the Eternals, but it also has the unique ability to communicate with its creators, the Celestials. Additionally, the live-action Ajak will be able to heal both humans and fellow Eternals. In the Marvel Studios movie, the character will be played by Salma Hayek.

Considered one of the most powerful Eternals in existence, Ikaris became the leader of the group, known as Prime Eternal, in the comics. He has enhanced his senses and honed his abilities so that he can sense the presence of the Celestials light years away. In the movie, he will be the “tactical leader” of the group and his character description confirms that he will have his super strength, flight, and the ability to shoot energy bolts out of his eyes. Ikaris will come to life thanks to game of Thrones star Richard Madden.

Sersi is the Marvel equivalent of Circe, a sorceress from Greek mythology. Of all the Eternals, Sersi has been the most empathetic towards humanity and was even a member of the Avengers at one point. He has a complicated history with Dane Whitman, also known as the Black Knight, who will also appear in the film. While she has had many jobs in comics, including dancer, fashion designer, and party planner, Seris will be a museum curator in the live-action adaptation. Her description also mentions that she has been in love with Ikaris for centuries. Sersi will be played by Gemma Chan, who previously played Kree sniper Minn-Erva in Captain Marvel.

Kingo Sunen is another Eternal who has teamed up with the Avengers, though he did not officially join their ranks. In the comics, he is a samurai from an Eternals settlement in Hokkaido who became an action movie star, playing many samurai characters on screen. While he has the same abilities as the other Eternals, Kingo prefers not to use his powers in battle. In the movie, however, he will have the ability to fire energy projectiles with his hands and instead of being a Japanese action hero, he will be a Bollywood star. Kumail Nanjiani portrays the live version of Kingo.

Makkari is an Eternal with a penchant for speed. In fact, he has given up some of his other powers like flight, molecular manipulation, and energy projection to increase his top speed. His devotion to speed even led him to be faster than other notable speedsters, including Quicksilver, Whizzer, and Speed ​​Demon. Makkari is also mechanically minded, and his parents taught him engineering. In the live-action adaptation, Makkari will be played by actress Lauren Ridloff and is described as “the fastest woman in the universe.”

Phastos is a brilliant engineer and inventor who created many of the Eternals’ weapons. Despite this, he is actually quite a pacifist and has even opposed going to war with the Deviants. In the comics, Phastos specializes in manipulating cosmic energy and is especially strong, even compared to his fellow Eternals. Brian Tyree Henry plays the live-action version of Phastos, who will be the MCU’s first openly gay superhero.

Sprite, one of the younger Eternals, has the appearance and mentality of a child. Because of this, he has often felt left out of the group and likes to play pranks on Eternals and humans alike. He is particularly gifted at casting illusions and is second only to Sersi in the transmutation of matter. Sprite once used the power of the Uni-Mind to turn himself, as well as the rest of the Eternals, into mortals so that he could finally grow up. More recently, she regained her eternal powers and was reborn as a teenager. In Eternal, Sprite will be played by actress Lia McHugh.

Thena is another powerful warrior who was the First Eternal before Ikaris. She was originally named Azura in honor of her father, Zuras, but her name was changed after the Eternals formed an alliance with the Greek gods and she became Athena’s personal representative. Like the Greek goddess, Thena is a consummate fighter and extremely intelligent. Interestingly, Thena lost her Eternal First title after it was revealed that she had fallen in love with a deviant warlord named Kro. When it comes to powers, Thena is quite complete, but she is particularly adept at manipulating cosmic energy. Based on your movie description, you will be able to use this power to create any handgun you can think of. The Marvel Studios movie will see Thena played by Angelina Jolie.

The Eternal known as Gilgamesh has had various names, including the Forgotten One and the Hero. As he did not initially realize that he was an Eternal, his true origin is a mystery. Physically, he is the strongest Eternal and has the best endurance, able to exert himself for several days before tiring. Gilgamesh has fought the Deviants many times throughout history and briefly joined the Avengers as well. In addition to being the strongest Eternal, his movie description claims that he can make an exoskeleton out of cosmic energy. Gilgamesh will be played by actor Don Lee, also known as Ma Dong-seok.

The most morally doubtful of the group, Druig is the power-hungry cousin of Ikaris. Over the years, he has perfected his powers of telepathy to the point of being able to control the mind and brainwash others. He is also very skilled at the transmutation of matter. Yet despite his questionable ethics, Druig has also been a formidable ally in the Eternals’ fight against the Deviants. According to his character description from the film, Druig has separated from the group because he disagrees with the way they have interacted with humanity. Barry Keoghan will tackle the live-action iteration of Druig.

KEEP READING: Eternals: How to Read Marvel’s Upcoming MCU Gods and Where to Start

Madeline Matsumoto-Duyan is a longtime Southern California fan and writer. After earning her degree in English, she put her knowledge of fandom to practice writing for The Daily Fandom and CBR. When she’s not writing or working on personal projects, she enjoys reading, singing, playing the piano and ukulele, or watching Harry Potter, Star Wars, and Marvel movies.