Acts of Vengeance: What Happened in Marvel’s Ultimate Villain Crossover 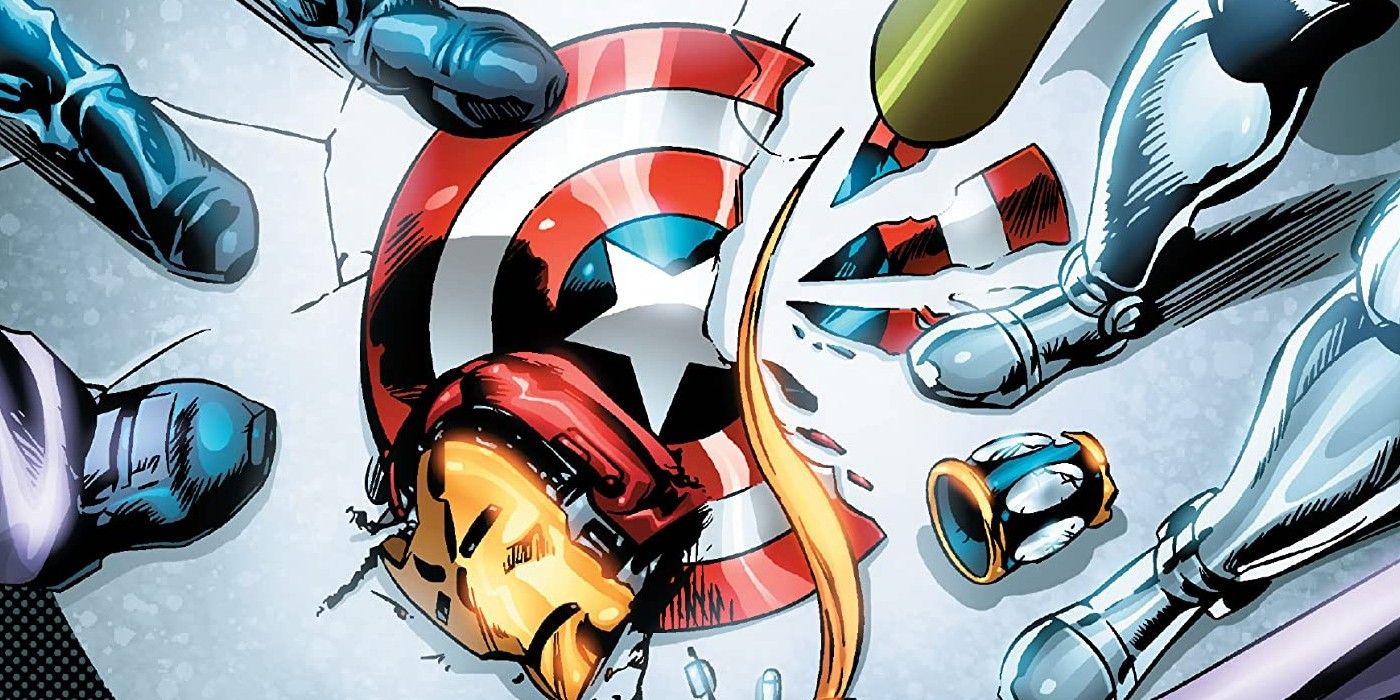 Marvel’s main crossovers generally unite many of the company’s superheroes against a general enemy. In smaller crossovers, particular corners of the Marvel Universe are targeted, with certain heroes facing specific threats to themselves.

However, “Acts of Vengeance” turned the tables by forcing Marvel heroes to trade villains. This seminal event from the early 90’s began in Avengers Spotlight # 26, by Dwayne McDuffie and Dwayne Turner. In the prologue to “Acts of Vengeance,” a large number of supervillains emerged from the Vault, Marvel’s maximum security prison.

This catastrophe was caused by Loki, disguised as an ordinary businessman. Like this well-dressed mystery man, Loki approached his “Prime-Movers”, Doctor Doom, Magneto, Kingpin, the Wizard, the Mandarin, and Red Skull, with an idea in mind. Each of these great villains wanted revenge on their enemies, yet they were always frustrated that they could never triumph over the Marvel heroes. Loki proposed that each villain trade heroes, pitting teams like the Avengers against villains they wouldn’t normally face. In this way, the villains would take their enemies by surprise and defeat the heroes once and for all. The central argument of this event took place in Avengers Y Avengers West Coast, but “Acts of Vengeance” was distributed in many different Marvel titles.

Related: Mephisto: Everything You Need To Know About Marvel’s Original Evil

Throughout “Acts of Vengeance,” some of the hero-villain pairs produced interesting new dynamics. For example, Reckless # 275-276, by Ann Nocenti and John Romita Jr., pitted The Man Without Fear against Ultron, the old enemy of the Avengers. Daredevil was sorely tested in this battle, working with Karnak and Gorgon of the Inhumans to defeat his robotic foe. Another exciting fight took place in Thor # 411-412, by Tom DeFalco and Ron Frenz, when the God of Thunder faced the Juggernaut. Both combatants were fairly evenly matched, producing an exciting and original battle that also featured the New Warriors. This team of teenage superheroes would go on to become one of Marvel’s biggest titles in the 90s.

Still, not all of the fights in “Acts of Vengeance” proved to be a great challenge for Marvel heroes. In Fantastic four # 334-336, by Walter Simonson and Rich Buckler, a variety of small-time villains were sent after Marvel’s First Family. These villains, including Beetle, Eel, Stilt-Man, and many others, were easily taken out by the FF, to a humorous degree. Furthermore, in The incredible Hulk # 363, by Peter David and Jeff Purves, The Gray Gargoyle was sent after Bruce Banner’s alter ego. The Hulk, in his gray form, humiliated the villain by twisting his arm back and breaking his fingers. Clearly, some couples didn’t work out in favor of the villains.

If anything, some heroes benefited from “Acts of Vengeance.” Spider-Man, for example, was chosen to become the next Captain Universe in Spectacular Spider-Man # 158, by Gerry Conway and Sal Buscema. With his new cosmic powers, the Cobweb Launcher easily outmaneuvered enemies like the Trapster and the Brothers Grimm, while Spider-Man’s web # 59-61, by Conway and Alex Saviuk, Spider-Man defeated Titania, Goliath, and Dragon Man. In the pages of Amazing spider man # 327-329, by David Micheline, Erik Larsen, and Todd McFarlane, Cosmic Spider-Man battled Magneto, Hulk, and Tri-Sentinel before losing his powers as Captain Universe. Although this was a brief period of cosmic power, Spider-Man certainly gained a lot during “Acts of Vengeance”, as his powers generally make him an underdog. If the normal Spider-Man were up against most of these villains, he would at least have a physical challenge.

Another significant effect of “Acts of Vengeance” took place in Uncanny X-Men #256-258, by Chris Claremont and Jim Lee. These particular problems were not directly part of the Prime-Movers’ plot, but they did involve the Mandarin. The criminal mastermind worked with the Hand to transform Psylocke into his own personal assassin. Fighting against her teammate, Wolverine, Psylocke regained her senses and the X-Men defeated The Mandarin. At the time, Betsy Braddock was believed to have been physically altered by the Hand, as well as brainwashed. In X Men # 20, by Fabian Nicieza and Andy Kubert, it was revealed that Psylocke had traded her body with the killer known as Kwannon. The consequences of Psylocke’s ordeal will reverberate for years to come.

Finally, the main story of “Acts of Vengeance” came to an end in the pages of Avengers # 313, by John Byrne, Paul Ryan and Tom Palmer. The Mandarin and the wizard grew impatient and personally attacked the Avengers. After this attempt failed, the Prime-Movers alliance was disbanded. The wizard, the red skull, and the Mandarin were captured by Loki and it was revealed that Doom was using a Doombot the entire time. Avengers West Coast Byrne’s # 55 saw both teams of the Avengers face off and defeat Loki and his cohorts, ending “Acts of Vengeance.”

Of course, “Acts of Vengeance” was not finished yet. In Captain America # 367, by Mark Gruenwald and Kieron Dwyer, Magneto revealed that he was only one part of this plan in order to get revenge on the Red Skull, as a victim of the Holocaust. The Master of Magnetism buried the Red Skull alive in an underground bunker, a true act of revenge. Overall, “Acts of Vengeance” made some lasting changes to the Marvel Universe simply by changing the formula for its usual crossover events.

Nightwing Preview reveals the moment of his canine companion’s crime