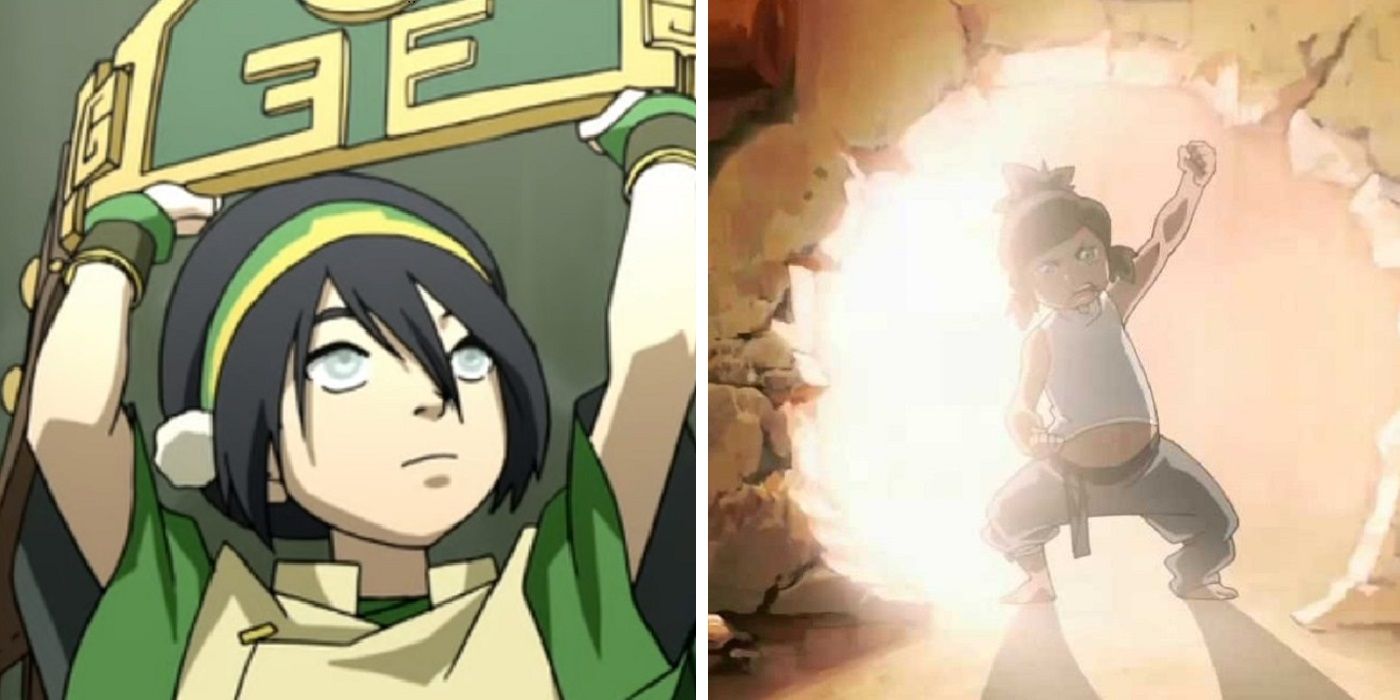 Both Avatar, the last airbender and sequel series The legend of Korra they have some of the most memorable characters in modern fantasy. While one of the best things about following the journeys that characters go through in any story is seeing how they change, a good first impression cannot be underestimated.

So looking through both series, fans have enjoyed a lot of really cool scenes used to introduce new characters; The most exciting, the most atmospheric, and the most revealing of those introductions are still fondly remembered even long after both series have ended.

In Avatar Premiere of “The Boy on the Iceberg”, the main character of the series is introduced when Katara and Sokka’s fight unearths his frozen grave. After Katara smashes the iceberg with her brother’s boomerang, Aang wakes up stumbles and looks at the face of his deliverer as if he had seen an angel.

Then he says his first words in a hundred years: “Will you go penguin sledding with me?” Those seven words are Aang in a nutshell – he may be the chosen one, but he’s also a normal, rambunctious kid.

When Katara frees Aang, the rift in the iceberg sends a beam of light into the sky. From there, the scene turns into a metal ship and the series’ antagonist makes his debut: Prince Zuko, staring at the horizon in hopes that his journey to capture the Avatar will finally come to an end.

While Zuko changes to the max of any Avatar character, this first scene establishes his essential characteristics: he is determined, mean and has little patience with the eccentricities of his uncle.

After a brief glimpse of Roku’s memorial statue in “The Southern Air Temple”, Aang’s predecessor appears directly in the back half of the same name of the two-part episode “The Winter Solstice.” Appearing before Aang in the Spirit World, the previous Avatar warns the current one about Sozin’s Comet and the set deadline Aang is on to master the four elements. After the exposure is over, Roku manifests himself in the physical world through Aang and drives out the troops of the Zhao Fire Nation.

The introduction of Roku is a watershed moment for the show; his presence brings seriousness, the information he imparts raises the stakes, and his Fire Nation lineage shows that the evil of a nation does not prevent its individual members from being good.

Introducing new characters to an established ensemble is risky, but it paid off with Toph, who elevated the show and group dynamics with her presence. When Gaang attends an Earthbending competition in hopes of finding Aang a teacher, they witness trash talk from “The Blind Bandit” and then punch their opponent The Boulder, or, as Toph calls it, The Pebble, to preserve her reigning title as champion.

The scene is a microcosm of subversion at the heart of Toph’s character; the archetype of the “cheeky bully” filled by a little 12 year old girl, and a blind woman too.

The face of the Fire Lord is hidden by flames and darkness during the first two Books of Avatar, turning him into a monstrous and inhuman figure. It is only at the Book 3 premiere, when Zuko is finally welcomed home and greets the father who marked and banished him, that viewers see Ozai face to face.

RELATED: Avatar: Every Major Villain, From The Least To The Most Evil

When the Fire Lord rises from his throne of flames, the frame then cuts to a close-up of his face. Finally, the enemy’s form is revealed: not a nightmare shadow of a child or a fire-born demon, but a normal, even pleasant-looking man. After all, the deadliest wolves are those wrapped in sheep’s wool.

In “Avatar Day”, Aang’s past life Avatar, Kyoshi, is accused of having killed a village founder, Chin the Great, some 400 years ago. Manifesting as Roku once did, Kyoshi reveals the truth: She made kill Chin, because he was a horrible tyrant who spread fear throughout the Earth Kingdom and tried to conquer Kyoshi’s homeland.

Thus, using the Avatar State and mastery of the four elements, he turned his homeland into an island, letting Chin fall from the newly created cliff into a water grave. The scene is a display of the power of the Avatar State and establishes Kyoshi as a more severe and pragmatic Avatar than Aang.

After Tenzin’s initial narration in The legend of KorraThe pilot reveals that the Avatar cycle has started again, the episode begins in the Southern Water Tribe. Three members of the White Lotus enter a house, summoned to determine the identity of the new Avatar, and Korra is in turn called by her mother.

From there, Korra walks through a wall and enthusiastically bends the three elements that she already masters. Although it is a comedy beat, the scene immediately tells us the difference between Korra and Aang. Aang was so desperate for a normal childhood that he ran away to find her. However, without anguish over the weight of his duties for Korra; she is the Avatar, and everyone is going to have to deal with that.

The legend of KorraThe strongest villain also had the best first impression. One time Book 3 revealed at its premiere that the Harmonic Convergence in Book 2 had gifted random people with Airbending. Zaheer’s debut, the final scene of said premiere, showed that this was going to cause complications for Korra and her friends.

Imprisoned by the White Lotus, Zaheer offers his captors some philosophical reflections on change (central theme of Book 3) before using his newfound abilities to free himself and imprison the guards in the cell that once held him. Promising that the end of the Avatar is near, Zaheer leaves, viewers have been able to test both his literacy and his lethality, but they certainly want more.

Just before Aang enters Koh The Face Stealer’s domain in search of the information, he witnesses a monkey devoid of its face, giving viewers an idea of ​​the danger Aang is in once he travels. a few meters further. Koh remains in the shadows for a moment, before jumping in front of Aang to reveal his massive centipede body. Surrounding the young Avatar, swapping their faces and jerking at Aang’s own face in hopes of stealing it from him.

While Aang prevents his own face from being stolen, Koh promises that they will meet again. Although his parting promise of a return seems to be unfulfilled, a creepy realization strikes: Koh was not talking to Aang, but to the Avatar himself, because his threat is eternal.

Seen twice in brief cameos during Book 1, Azula’s proper introduction in the Book 2 premiere is unbeatable. When the captain of her personal vessel informs her that the tides will force them to alter their course, Azula asks the captain if the tides control her ship. Answer negatively. Therefore, he asks if the tides would think twice about crushing him against the shore if he throws him overboard. Your answer is the same. Azula’s sharp conclusion? “Then maybe you should worry less about the tides, which have already decided to kill you, and worry more about me, who is still thinking about it.”

Unlike her brother or Admiral Zhao, the Fire Nation Princess will not be hampered by heartbreak or incompetence. Ruthless, cunning and determined, it’s obvious that the Gaang will face a lot of trouble once their paths cross with Azula’s.

NEXT: Avatar: 10 Times Azula Was Beyond Evil


Next
5 The Arrowverse characters ruined (and 5 fixed)

Devin is a passionate writer who always works to use my word skills to express my love for film and fiction of all kinds. He is currently writing list articles for Comic Book Resources (CBR). Hope this is the first step on a prosperous journey toward being a professional writer. When he’s not editing or balancing his school work, he likes to read any book or watch any movie he can get his hands on.