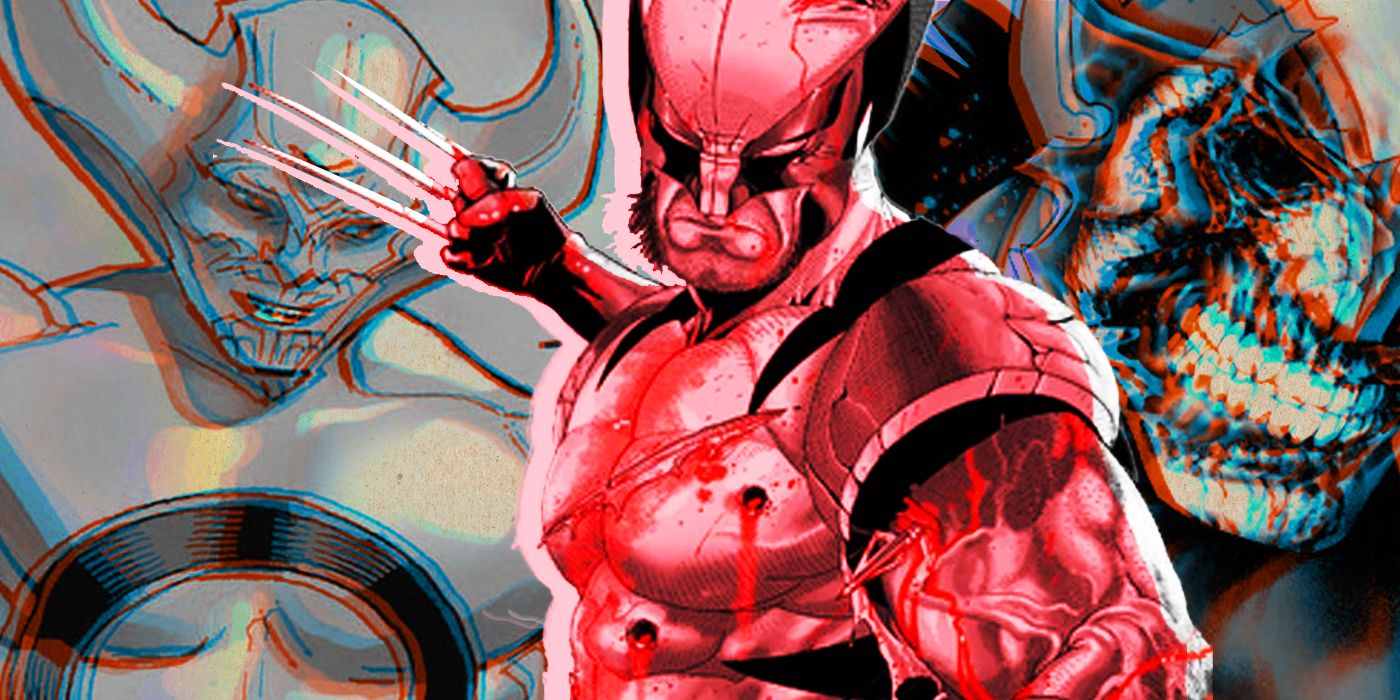 The latest issue of Wolverine: Black, Red & Blood features the X-Men tasked with a job dating back to an earlier Avengers story.

Wolverine has gone down in comic book history as one of the most beloved characters in superhero history, and for good reason. Since his introduction, James “Logan” Howlett has been immortalized as a ruthless killer with a heart of gold. The last issue of Wolverine: black, white and blood follow a loose end of a fan favorite Avengers runs in “Red Planet Blues”, which follows Magik and Wolverine as they teleport to Mars for an important mission.

An area of ​​the Red Planet is covered in a generous amount of lush green vegetation, and as Logan runs through the forest, he remembers the events that led to the Martian terraforming. The planet was transformed by the incredibly powerful Ex Nihilo in 2012 Avengers # 1 by Jonathan Hickman and Jerome Opena.

Avengers # 1 addresses the beginning of the universe and introduces the alien gods Ex Nihilo and Abyss, who are tasked with turning Mars into their vision of perfection. Later in the issue, The Avengers, comprised primarily of Steve Rogers and Tony Stark, travel to Mars to defeat the growing threat of Ex Nihilo after he sends an evolutionary bomb to Earth to force accelerated evolution on the human race. The Avengers ultimately decide to allow Ex Nihilo to reform Mars as long as he agrees to never interfere with the evolution of Earth.

Logan sneaks into the undergrowth to find four MAIM scientists – Martian Advanced Ideas Mechanics – who have traveled to Mars in hopes of continuing Ex Nihilo’s legacy. However, the situation is complicated when the humans use a killer robot to sneak up on Logan and fire a powerful laser beam into his eyes, rendering him completely blind. Unsurprisingly, Logan taunts the group of scientists, destroys the robot, and then proceeds to gut the four agents.

This story is a fascinating callback to another Marvel story that was made even more interesting considering the fact that two X-Men were called to Mars in the first place. Until now, developments on Mars had been a clearly Avengers-centric story. But instead of Iron Man and Captain America cleaning up their mess, Wolverine is sent to clear Mars from the invading MAIM forces all alone, with Magik only serving as his way on or off the Red Planet.

There may be a number of reasons for this, but the Avengers may often find themselves stifled by the altruistic need to treat all threats fairly and equitably. But when Wolverine enters the scene, there is very little time for conversation, and for this specific situation, results were needed above all else, which is why the X-Men were probably called in rather than the Avengers.

The Avengers have proven themselves to be great at what they do, but sometimes a situation becomes so dire that the only way to resolve it is with extreme prejudice. And when a group of scientists decide that they can use alien god technology to alter humanity and create their own “perfect” society, the only appropriate response is a set of adamantium claws that rip through metal and flesh, and just a man is capable of living up to such an answer.

READING: The director of Avengers: Endgame knows how and when to add Wolverine to the MCU

Nightwing Preview reveals the moment of his canine companion’s crime

Zac Godwin is a good writer, racer, and novice wine connoisseur who tries to spend as much time on the road as he does with a PlayStation controller in hand. A Penn State graduate with a degree in professional writing, he now writes for Comic Book Resources as a feature writer.