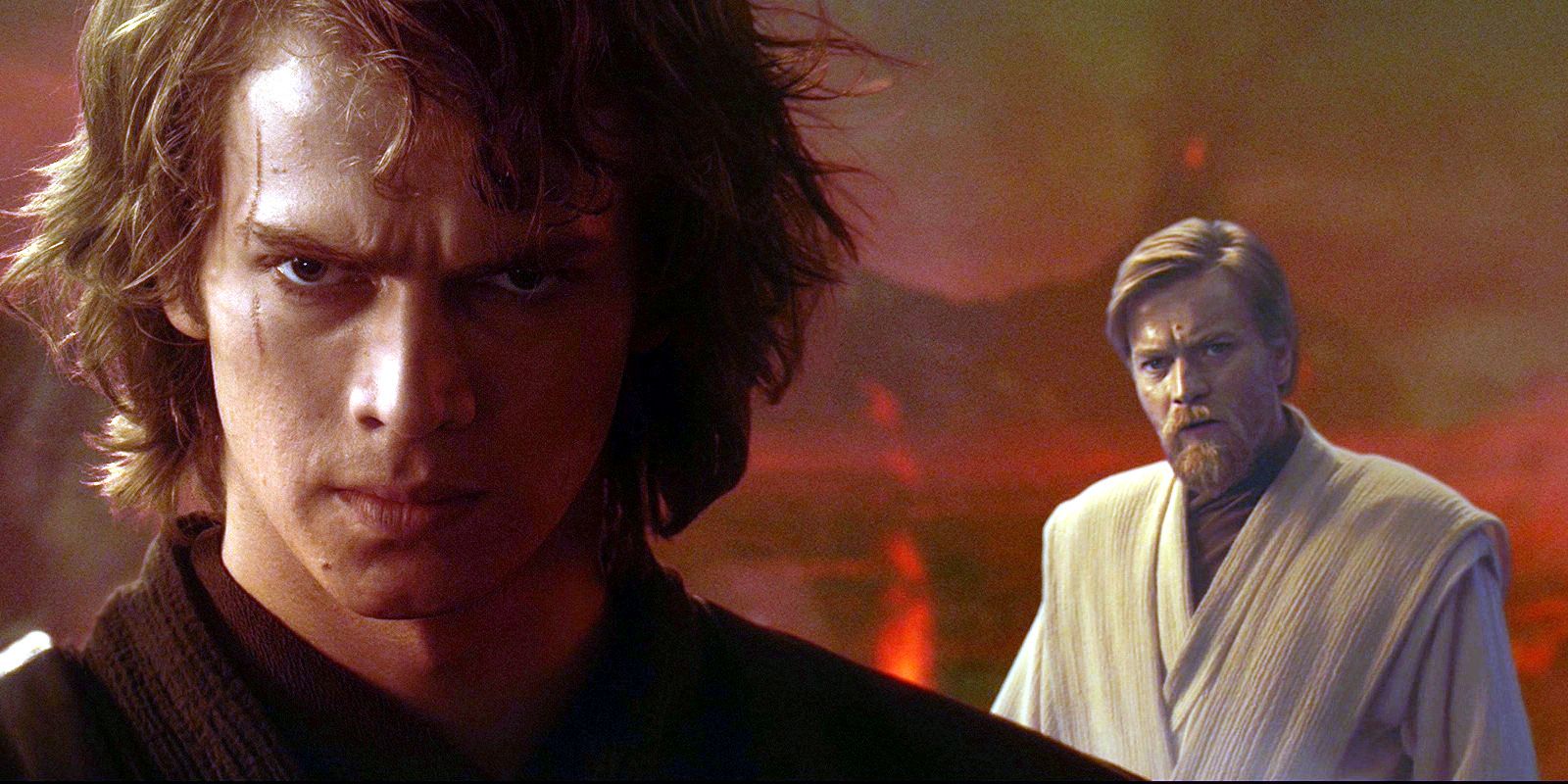 Obi-Wan leaving Anakin to burn on Mustafar was one of his most ruthless moments in the Star Wars saga.

Obi-Wan Kenobi has a reputation for being a kind and morally upright Jedi in the Star Wars Movie (s. And yet, there was at least one ethically murky situation where Obi-Wan made a questionable decision. After defeating Anakin on Mustafar at the end of Revenge of the SithObi-Wan left him to die a slow and painful death, instead of lifting his “brother” out of his misery.

Delivering a devastating blow from the high ground, Obi-Wan watched as Anakin’s dismembered body was engulfed in flames from the lava below. The human act would have been to mercifully kill Anakin instead of leaving him in agony as Obi-Wan chose to do. Obi-Wan also knew the threat Anakin posed to the galaxy, as evidenced by his “balancing the Force” speech. What could have crossed Obi-Wan’s mind to let his friend and student suffer such a cruel fate? Y In your survival, allowing you to become the most reprehensible villain in the galaxy?

The most obvious answer is that Obi-Wan simply couldn’t bring himself to kill Anakin thanks to the bond they shared, but this seems flimsy when you remember that he had no problem with literally disarming (and disarming) Anakin moments before. This battle was obviously an emotionally devastating event for Obi-Wan, but the hard part, dismembering Anakin, was already done. Killing him would have been the less Obi-Wan could do for a man who was like family to him.

Even if Obi-Wan thought certain death was minutes away from the smoldering mass of flesh that Anakin once was, the kind thing he’d done would have been not to let him suffer another second. Obi-Wan couldn’t even bear to watch Anakin burn and fight his way back up the hill. His decision to leave is cold and insensitive, which is not typical of Obi-Wan. On the other hand, the noble image that people have of Obi-Wan is too unreal. After all, he is only a man and can make mistakes, although a mistake of this magnitude is one that should have haunted him for the rest of his life.

There is a justification in canon for his ruthless decision that aligns with some earlier motives in Revenge of the Sith. According to Matthew Stover’s canon novelization of the same name, Obi-Wan was not concerned with pity when he left Anakin. He knew he couldn’t break the Jedi Code and murder an innocent man. The heinous idea of ​​killing an opponent after being disarmed in combat appears two other times in the film. First, when Anakin beheads Count Dooku at Palpatine’s behest, and second when Mace Windu wants to kill Palpatine after discovering that he is a Sith Lord. Anakin fails the first time when he kills Dooku, but prevents Mace Windu from breaking the Jedi Code a second time.

As cold as the Jedi Code can be, Obi-Wan was making the right decision in his mind not to kill Anakin after the battle had already been won. However, there is a difference between killing a defenseless opponent out of bloodlust and saving a friend from inevitable physical and emotional agony. It may have been a morally gray situation, but the ever strict and structuralist Jedi chose to live in a black and white world. The novel also states that Obi-Wan decided to leave Anakin’s fate in the hands of the Force, which is a lazy excuse to take off the blame. Obi-Wan’s actions, splitting Anakin’s body, sealed his fate and he knew it.

Obi-Wan’s decision to leave Anakin was just the last way Obi-Wan failed him as a Jedi Master. Obi-Wan even says himself while they fight that he failed him, proving the fact that he had already given up with Anakin’s return to the light side. It was still a heartbreaking moment, but Obi-Wan finally made a sickening decision in the name of being nominally fair. This low-key moment paints Obi-Wan in brutal light in the Star Wars movies, one that may be closer to your true nature than what is on the surface.

READ ON: Star Wars: What are death sticks and why are they so dangerous