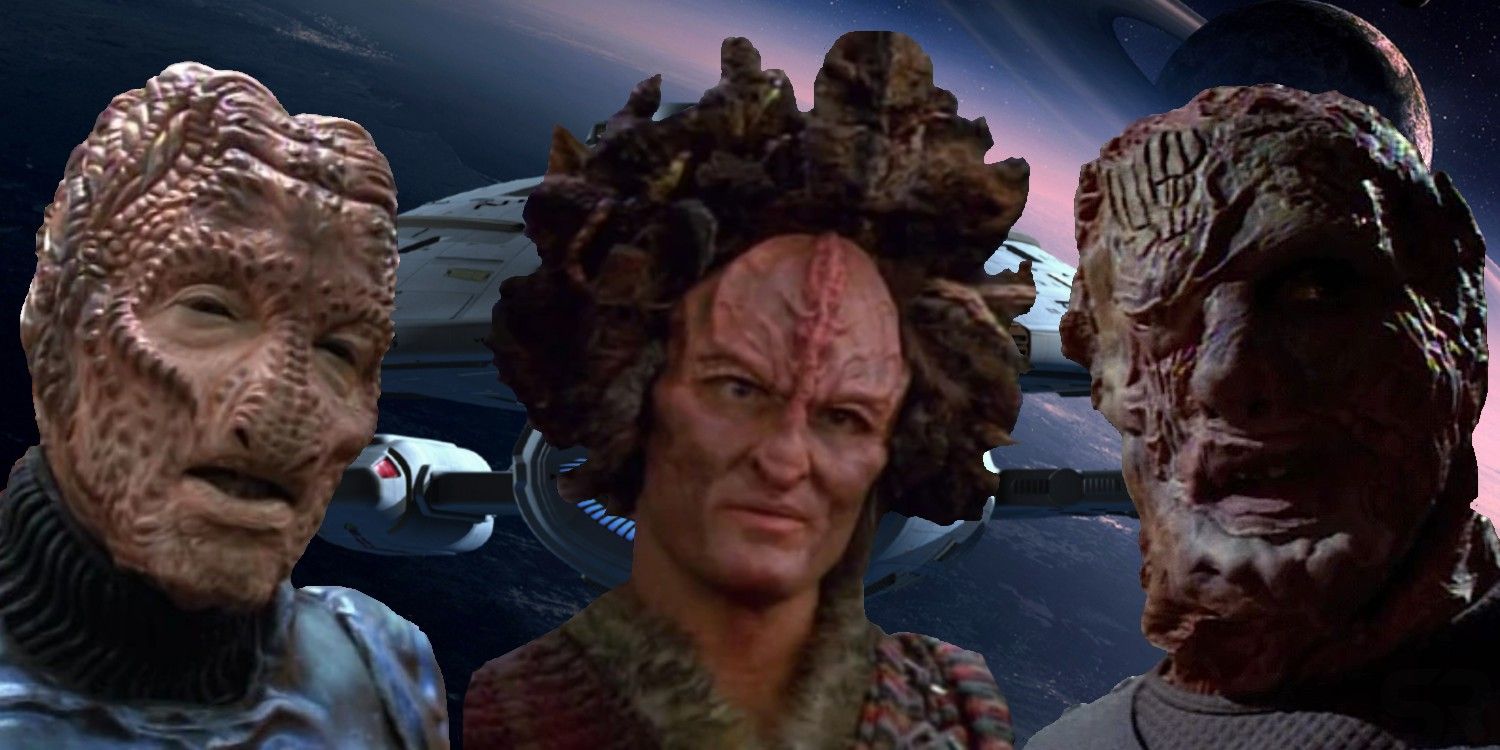 Star Trek: Voyager failed to create a classic Star Trek villain, resulting in the show eventually bringing the Borg back in later seasons.

Despite his seven-year career, Star Trek: Voyager couldn’t create any classic Star trek villains to act as the main antagonists of the series. Star Trek: Voyager, which ran between 1995 and 2001, told the story of the crew of the USS Voyager under Captain Kathryn Janeway. During the pilot episode, Voyager and its crew were stranded in the Delta Quadrant by an entity known as the Caretaker and worked for the remainder of seven seasons to find a way home, traveling through a previously unexplored region of the galaxy in the way.

Because Voyager As a premise, the series had the job of creating a host of new and interesting alien species, especially those that could serve as villains for the new show. This was different from the previous Star trek shows that had benefited from being set in a region of space with well-established villains, such as the Klingons, Romulans, and Cardassians. Instead of these, Star Trek: Voyager It featured antagonists like Kazon and Vidiians in the first season, and later Hirogen as the series progressed. While there were a number of smaller unique villains, these three species were the antagonists who had the most recurring stories during Voyager to run.

Unfortunately for the show, his attempts to create an audience-friendly villain almost universally resulted in failure. While the Vidiians were compelling and provided the series with several great episodes, Voyager’s ultimate goal of returning to the Alpha Quadrant meant that they moved out of Vidiian space fairly quickly and the show was forced to leave them behind. The Hirogen were equally interesting in some respects, but their warrior culture and obsession with “the hunt” made them perhaps a bit too derived from classic villains like the Klingons and Cardassians. The Kazon fell into a trap similar to that of the Vidiians, failing to make it out of season two due to Voyager leaving their space. However, they also had the downside of being unanimously hated by fans, many of whom thought their appearance was ridiculous and most of their stories were boring.

Producers in Star Trek: Voyager He seemed to realize in later seasons that they had failed to create a good villain, which resulted in them bringing the Borg, a true classic. Star trek antagonist, for the second half of the program. The Borg made their first appearance in season 4, with the addition of Seven of Nine, a former Borg drone, to the crew. Because Star trek Canon had stated earlier that the Delta Quadrant was the place where the Borg originated, they were the only ones established Star trek villain that the Voyager crew could realistically encounter. Seven’s inclusion on the show led to many stories involving the Borg during Voyager the last four seasons, and they even ended up being an integral part of the series finale, inadvertently helping the team finally get home.

The inclusion of the Borg finally saved Voyager villain problem. In fact, one of the things the show is best remembered for is its expansion of the Borg myths. However, it is unfortunate that Star Trek: Voyager I never succeeded in creating a classic Star trek villains to add to canon. While some of the show’s antagonists showed promise and provided some good storylines, he was eventually forced to turn to a well-established foe to keep fans coming back for more.

More: A Star Trek Voyager Movie Made No Sense (But Needs A Picard-Like Series)