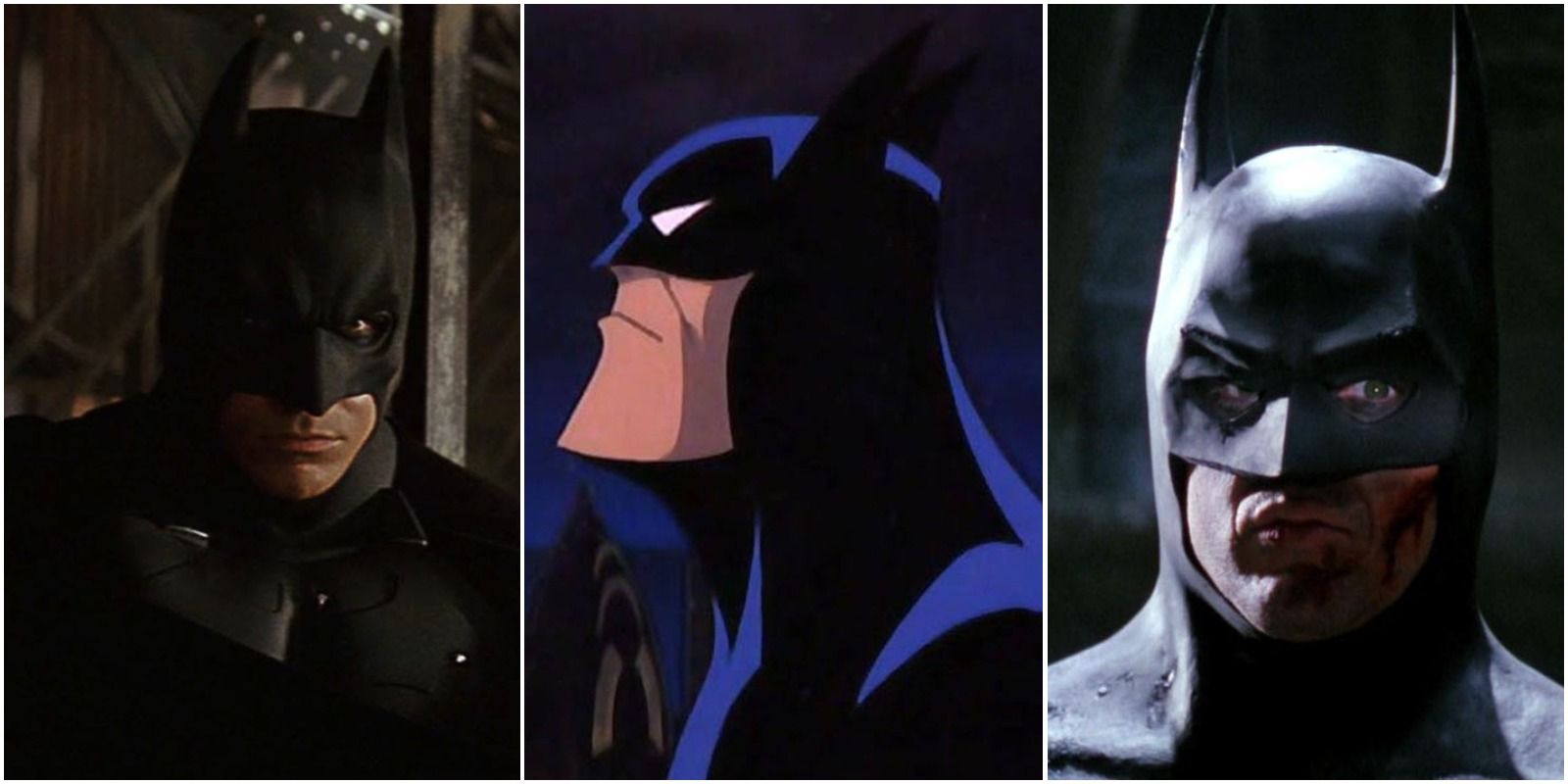 The words “I am Batman” will always go down in history as the most iconic phrase Batman ever said. Sure, he’s had plenty of other great lines, like “Júrame” and “Do you bleed,” but they still don’t have the same impact as that catchphrase.

The line is actually so iconic that it would surprise people if Batman doesn’t actually say it that often. Ben Affleck’s Batman in his three appearances thus far has yet to say so, but with the upcoming Snyder cut, is it possible for fans to do so? Here’s another question for fans to contemplate. Of all the people who have put on the hood, who delivered the best line.

It was George Clooney’s turn to face Batman and the famous line. Sadly, it is easily the worst version of the famous catchphrase. As Arnold Schwarzenegger’s Mr. Freeze tries to steal a diamond from the Gotham Museum, Batman arrives through the skylight. The entry was not bad, but is immediately followed by “Hello, Freeze. This is Batman.”

Rather than sounding like an intimidating vigilante or even adding a dash of charm to the line, Clooney says it in a casual but boring way. George Clooney has openly stated that he hated working in 1997 Batman and robin and it shows through delivery.

9 “How do you know all this?” – Be careful with the Batman

Instead of questioning a criminal or making a grand entrance, he’s trying to save himself and Harvey Dent from the bombs. He tells Harvey Dent that Anarky will not let the bomb squad help them; when Dent asks how he tastes so much, Batman responds with “I’m Batman.” Like he’s showing off.

This one has a cute Anthony Ruivivar installment on the criminally underrated Be careful with the Batman. It’s less of the typical variation on the phrase and more toying with the joke fans make about how Batman can do anything simply because he’s Batman.

There’s been a joke in the community that Adam West’s Batman never had to say who he was; he just had to show up and everyone knew he was Batman. While he never had to, he actually said the line before. In the episode “The Joker’s Last Laugh”, Batman approaches the bank teller who turns out to be a robot.

RELATED: Every Batman TV Show Ranked, According To IMDB

“Good morning, Mr. Glee. I’m Batman.” This is very similar to how Clooney said it, but Adam West brings a lot more charm to it. The best part, though, is how Mr. Glee responds: with an impassive “Obviously sir.” The man’s attitude is the opposite of his name and the way he says it lends itself to perfect comic timing.

This direct-to-video film based on The batman The 2003 animated series is strange. It does feature some fun action scenes though, including a final confrontation between Batman and Dracula. Batman uses a WayneTech sunlight generator to ambush Dracula. With this, Dracula discovers the truth and asks: “Are you … Bruce Wayne?”

Batman opens his cape like a pair of wings to cast a shadow on Dracula, “I am the Batman. And you are dust.” Batman not only fights in the air to let the rays of the sun burn Dracula, but he comes back down and in one blow turns Dracula into a pile of ash.

Diedrich Bader’s Batman Doesn’t Get Enough Credit; He’s often referred to as the funny one, but when necessary, Bader can get darker and more serious. Like in Batman: The Brave and the Bold, the episode Deep cover for Batman features the Dark Knight in a parallel Earth where DC’s many superheroes are the villains.

So he infiltrates like his counterpart Owlman. However, it doesn’t take long until they find out and a big fight starts. The villains believe they have defeated him, but Batman, in his true suit, arrives flying. When the evil Green Arrow asks, “Who is this guy !?” Batman knocks them out and Bader finally gets to say the line, “I’m Batman.”

This time it’s not Bruce Wayne who says the line, it’s Terry McGinnis from Batman Beyond. In the two-part pilot episode, Terry is fighting the man who murdered his father: Mr. Fixx. Fixx just casually remarks that he is “strong enough to be a clown who thinks he is Batman”.

How else could Terry respond but by solidifying his place as the new Dark Knight, “I’m Batman!” Will Friedle’s voice is perfect right now and for many fans, that’s when they accepted Terry McGinnis.

4 “I am Bruce Wayne and Batman.” – Batman forever

There were several detractors in Batman forever but Val Kilmer was not one of them. Val really put his passion into the character and it shows despite the manipulation of the studio. Easily one of his best moments is after the climax when he defeated Riddler and Two-Face. He approaches the Riddler and finally finishes off the biggest riddle in the movie and his personal arc.

“Poor Edward. I had to save them both. You see, I’m Bruce Wayne and Batman. Not because I have to be. Now … because I choose to be.” The music grows and Val Kilmer leaves his own impressive stamp on the character forever.

This Tim Burton line bat Man was the one that made the phrase an iconic part of Batman’s vocabulary. It’s a perfect introduction, where Batman surprises two robbers who had just robbed a family. After getting rid of one bully, Batman hangs the other one over the edge and signals the criminal to tell his friends about him.

Michael Keaton’s whispering Batman voice is already perfect, but it gets better. The criminal screams in fear: “What are you?!?” Of course the Dark Knight says, “I am Batman.” Quick, simple and effective for an introduction. Michael Keaton will always be Batman and that is why fans are looking forward to his return in The flash film.

two “What the hell are you?” – The beginning of batman

This in The beginning of batman it’s very similar to Michael Keaton’s intro but even better. Up to this point, Batman has remained in the shadows without a long, clear look at him. He has eliminated all of Falcone’s men while Falcone cowering in his car with a shotgun at the ready. “What the hell are you?”

Batman goes through the skylight, picks up Falcone and Christian Bale informs him perfectly: “I am Batman”, before knocking him out with a single head butt. That’s when Bale’s voice was at its most refined (unlike the sequels and it fit the scene wonderfully). The scene also acts as a perfect ending to Batman’s origin.

1 “I am not a disgrace!” – Batman: The Animated Series

Michael Keaton may have started the slogan, but it was Kevin Conroy who perfected it in Batman: The Animated Series. In the episode “Nothing To Fear”, Scarecrow’s fear toxin makes Batman see his worst fear; that fear is failing his father. During the final battle, the toxin is activated again and Thomas Wayne’s illusion taunts that it is a disgrace.

This easily leads to the most iconic line Batman has ever said: “You are not my father. I am not a disgrace! I am revenge … I am the night! I am Batman!” A line so perfectly delivered that movies, shows and other forms of media pay tribute / parody to it. Kevin Conroy would even go so far as to say the line once more in Batman: Arkham Knight.


Next
How I Met Your Mother: The First and Last Line of Each Main Character’s Series