Grey’s Anatomy: the male characters, classified according to their potential as a romantic partner 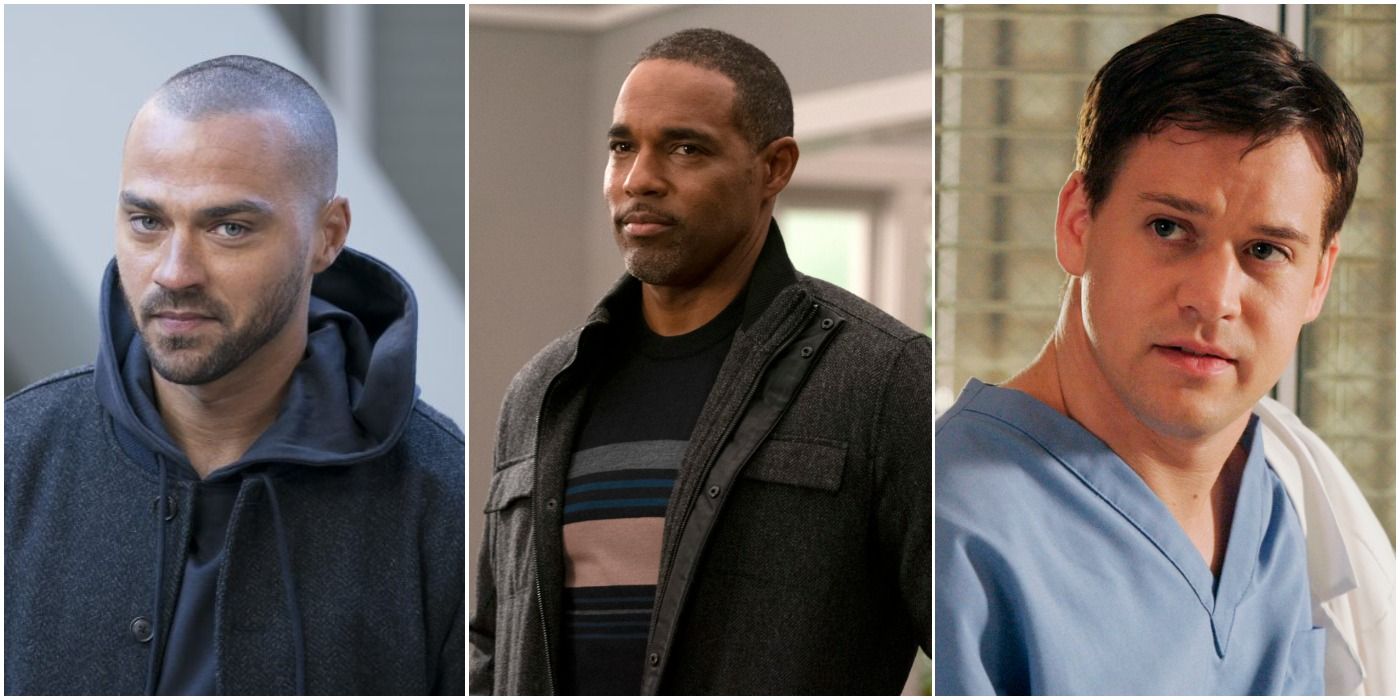 The Men of ABC’s Medical / Human Drama Grey’s Anatomy They range from dreamy, sensitive, and responsible to hostile, dominant, and unfaithful. Although human relationships are a crucial aspect of the show and one of its most beloved stories has been the love story between Meredith Gray and Derek Shepherd, or MerDer as fans call them, not every man on the show would make great romantic partners.

RELATED: Grey’s Anatomy: 10 Relationships That Should Have Happened But Never Happened

In fact, most of the show’s characters are flawed, making them flesh and blood, but it also makes some of them better potential partners than others. Which of the following has the greatest potential to give a happily ever-after couple?

Richard may be a good man, but unfortunately a bit of a disappointment when it comes to his potential as a romantic partner. Richard’s past history with women has been dubious at best, with him cheating on his wife Adele twice at various points, first with Ellis Gray and then Catherine Fox.

Richard is prone to falling in love with other women and also suffers from some professional insecurities, as he once revealed himself. He had been jealous of Ellis winning the Harper Avery, which ultimately sealed his decision not to leave his wife after all. Jealousy, insecurities, and infidelity in a relationship are some of the worst qualities of a potential romantic partner.

Alex Karev was an arrogant man the first time fans met him, and God knows he was a terrible partner to Izzie Stevens, who tried so hard with him, even though the two were adorable together.

Over time, Alex had softened. But as revealed by his abrupt exit from Jo’s life and consequently from the show, he would still be unreliable and moody, neither of whom are highly sought after in a romantic partner.

Owen cheated on Cristina, which puts him at the bottom of this list. He is a polarizing character, some love him while others hate him. And his relationships to date on the show have been a roller coaster ride every time, mostly because he’s been pretty confused about what he wanted out of life.

RELATED: Grey’s Anatomy: 10 Things That Make No Sense About Cristina and Owen’s Relationship

However, Owen also helped Cristina overcome her PTSD, especially after the devastating plane crash at the end of Season 8, and helped Amelia come to terms with Derek’s untimely passing. So at least he would be there for his partner when they needed him most.

Preston Burke may have been a brilliant surgeon, but his relationship with Cristina, who was his only romantic partner on the show, was difficult at best.

Preston was exceptionally reserved as a human being, making it difficult for him to truly open up to anyone. He was also someone who somehow ended up quietly changing people to his liking, a quality that is undesirable in a romantic partner.

This might be an unpleasant surprise, but as a romantic partner, Derek was actually not as dreamy as previously thought. Sure, McDreamy could make hearts melt without even trying.

But having a long-term relationship with him wasn’t easy, as Meredith often found out. He was selfish and ended up putting his own interests before those of his partner. At the end of the day, he was a good man, but not the easiest of partners.

The quintessential Casanova of the Seattle Grace family, it’s actually hard to say exactly how good or bad Mark would have been as a romantic couple. Mark was shown to have a crush on two accomplished women, Addison Montgomery Shepherd and Lexie Gray, to whom he was gentle and caring.

Like McSteamy, he had a penchant for sleeping, but maybe if he had ever calmed down, he would have compromised. After all, Mark was never shown to back down from true engagement and he always welcomed him into the family in whatever way was available to him.

The handsome Atticus Lincoln, or Link, started out more as a visual appeal than anything else, but is now firmly in a relationship with Amelia Shepherd, who seems to have achieved some stability for the first time in her life. Link appears to be a trustworthy, committed person, and a survivor.

You have survived cancer as a child and your struggles would make you sensitive to any issues your partner might be facing. He seems emotionally available and responsible, though it’s too early to say as the show hasn’t delved too deep into this character yet, but overall, Atticus Lincoln seems to have great potential as a romantic partner.

Gentle George O’Malley would probably be one of the best potential romantic partners in the world. Grey’s universe. Admittedly, his track record with Callie was not impressive, but perhaps one can let that pass as an affair that happened too quickly and was just wrong from the start.

George had a golden heart, selfless, responsible and caring. He was already on his way to becoming an extraordinary surgeon and, in time, he would have become a more confident young man. He would have given equal weight to the needs and career of his partner, thus making him a perfect potential romantic partner.

This world-class plastic surgeon is kind, decent, responsible, and sensitive. All this together with its incredible beauty makes it a true fantasy as a romantic couple. And a treasure trove of wealth doesn’t exactly hurt either.

RELATED: Grey’s Anatomy: 10 Things That Make No Sense About April And Jackson’s Relationship

Jackson, while always kind in his rather difficult relationship with April Kepner, could nevertheless have treated Maggie a little better. Suddenly disappearing into your partner without warning and then opening up to other women instead of giving them a chance isn’t exactly cool. But, given his history with April, where he almost always ended up doing the right thing and being there for her, Jackson has the potential to be an exceptional partner.

Benjamin Warren is married to the most powerful woman in the world. Grey’s universe and is happy, with no sense of insecurity, or at least none that fans know about. This, by default, already assigns you the most potential to be a good romantic partner.

Ben is loving and endlessly understanding. Ben, a good man from head to toe, is someone who supports his woman even if she is not able to accept it at the moment. And that’s more than can be said for some of the others on this list.

NEXT: 10 Grey’s Anatomy Characters Who Are Actually BF-worthy

Surangama, or Sue, as many call her, has written about movies, television, literature, and social issues for over a decade. A teacher, writer, and editor, she loves nothing more than cuddling up on a lazy afternoon with her favorite book, or with a pen and notebook (a laptop would have to do!) And a cup of sparkling tea on the side.