Wonder Woman and Superman are future DC lovers (with a catch) 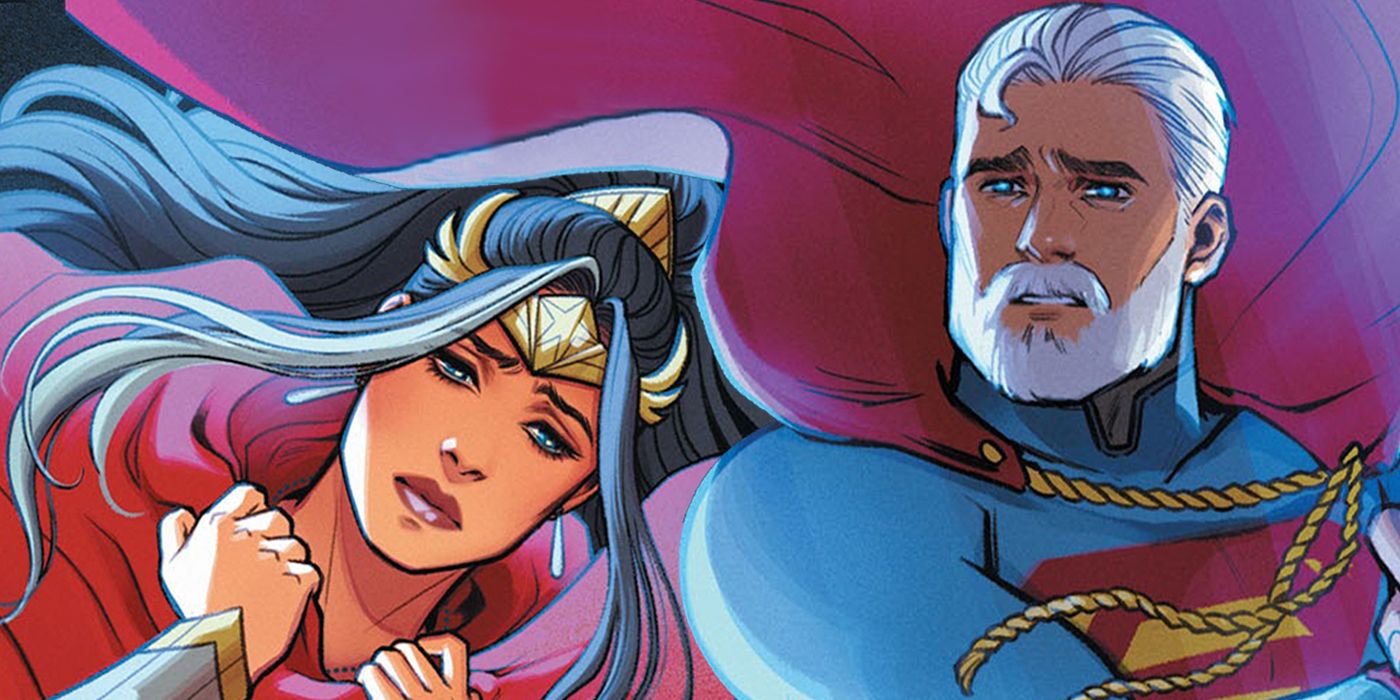 As the end of Wonder Woman’s days approaches in DC’s Future State, she finds love in Superman, but he has another love that comes first.

Love is not easy, especially for Wonder Woman and Superman as the end of time draws near and the world takes its last breath. Unfortunately for Diana, these were the exact circumstances she found herself in when it came to her latest love, Kal-El. In Future State: Immortal Wonder Woman # 2 Readers can experience what the end of Diana’s life looks like in this story, as well as how love and loss affected her in her final moments.

In the first part of this two-issue series from DC’s Future State event, readers saw a nostalgic and existentially lost Diana searching through the rubble of days gone by to collect memories of her fallen friends. She painted a picture of the woman Diana has become in the subsequent events of this possible timeline – how her loss and loneliness caused her to lose sight of the optimism and faith she always boasted of. But in this second issue, fans were able to see what important relationship she had left and how it would affect her for centuries.

This isn’t the first instance Superman and Wonder Woman have found romance, but it may be the most tragically beautiful yet. When the end of days approaches, and Diana and Clark are the only two true heroes of Earth left, they find comfort in each other’s company; more than that, they find love. Unfortunately, as Diana recounts while flying through space centuries after the events of the first issue, Clark did not reach the end with her. Darkseid had come to Earth after the destruction of his world, and Diana and Clark together set out to protect him one last time, only Superman was determined to protect Diana from destruction as well. He told him that this was not his destiny, he grabbed Darkseid and flew straight into the sun to destroy the alien villain, as well as himself and his only source of power. He thought of her in his final moments, but she was not the love on his mind in his final thoughts.

It’s obvious from a few pages that they both cared deeply for each other, but even Diana knew from the beginning that Earth was what he meant the most to him and what gave Superman purpose. It seems that all the love in the world cannot fill the void that is presented to a hero when he feels his reason for fighting is gone. It really goes to show how much the orphan alien truly found comfort and motivation on his adopted planet. His entire life was dedicated to protecting the human race and his home from any kind of harm that might befall it. Without him, it makes sense that he would lose the will to move on, even considering the romantic relationship he had formed with his longtime friend.

It’s heartbreaking to see Diana so full of pain when she normally gets this strong, but her sacrifice and devotion are what motivate her to keep going. Recognizing that she still had more to do, she reinvigorated the ray of hope that makes Wonder Woman the hero she is. Even centuries later, on the cusp of surrender, it is the memories of his love and his friends that remind him that he must move on and find the comfort he has been seeking. It really speaks to the power of ties Wonder Woman shapes, and how much they play into your character as a whole. This may not have been a particularly happy ending, but the fact that it kept the memory of Clark and everyone else alive, even at the end, is quite powerful in its own right.

Next: Superman Is Trapped In An Endless Cycle Of Death And Resurrection

Katie Michel is a fanatic of video games, D&D, obsessed with Star Trek, reading books, filmmaker, lover of Shakespeare, all a nerd based in Los Angeles, California. He found himself on Screen Rant thanks to his love of writing and all things entertainment. A graduate of UC Santa Barbara’s film and English programs, she aspires to write articles that interest readers on the same level as her regarding conversations about her dark favorite foreign films.