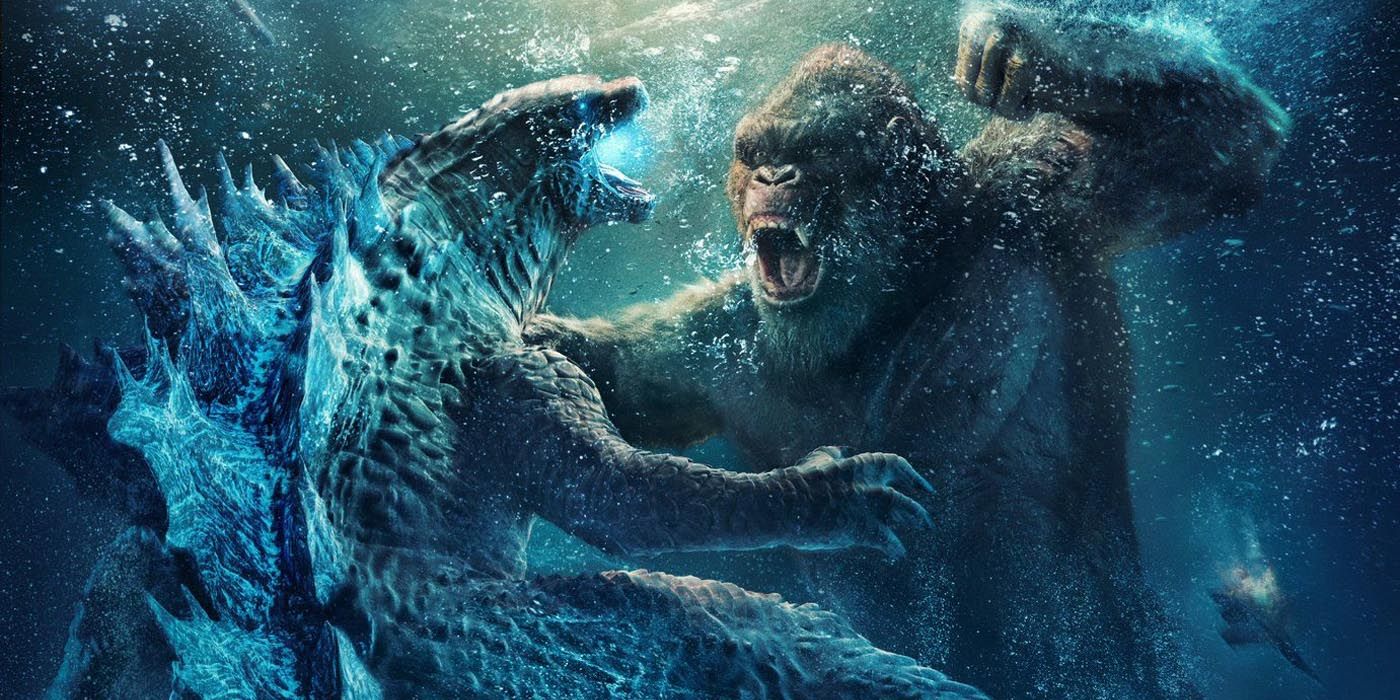 The international poster for Godzilla vs. Kong presents a fresh look at the titular combatants’ battle as the two Titans dive underwater.

An international poster for Godzilla vs. Kong presents a fresh look at the titular Titans’ underwater battle.

The poster in Japanese cinemas shows Kong facing Godzilla underwater, grabbing the King of the Monsters by the neck and preparing to deliver a gigantic blow. Above the water, the wreckage of several aircraft carriers, including the one that was chained to Kong and where the duo’s fight began, float in the water, completely ablaze. In particular, the poster combines the visual aesthetics of previous MonsterVerse movies. Kong: Skull Island Y Godzilla: King of the Monsters

Godzilla vs. Kong pits the King of the Monsters and the Eighth Wonder of the World against each other, with the fate of humanity at stake. The first trailer for the film debuted in January with an impressive number of views, setting a record for Warner Bros. Before and after the film, Legendary Pictures will release a series of graphic novels and books related to the events of Godzilla vs. Kong, including a couple of graphic novels that act as a prequel and a book on the making of the film.

KEEP READING: The new Godzilla vs. Kong is all about Titan vs. Titan Action