King in black: a savage avenger holds the key to stopping the symbiote god 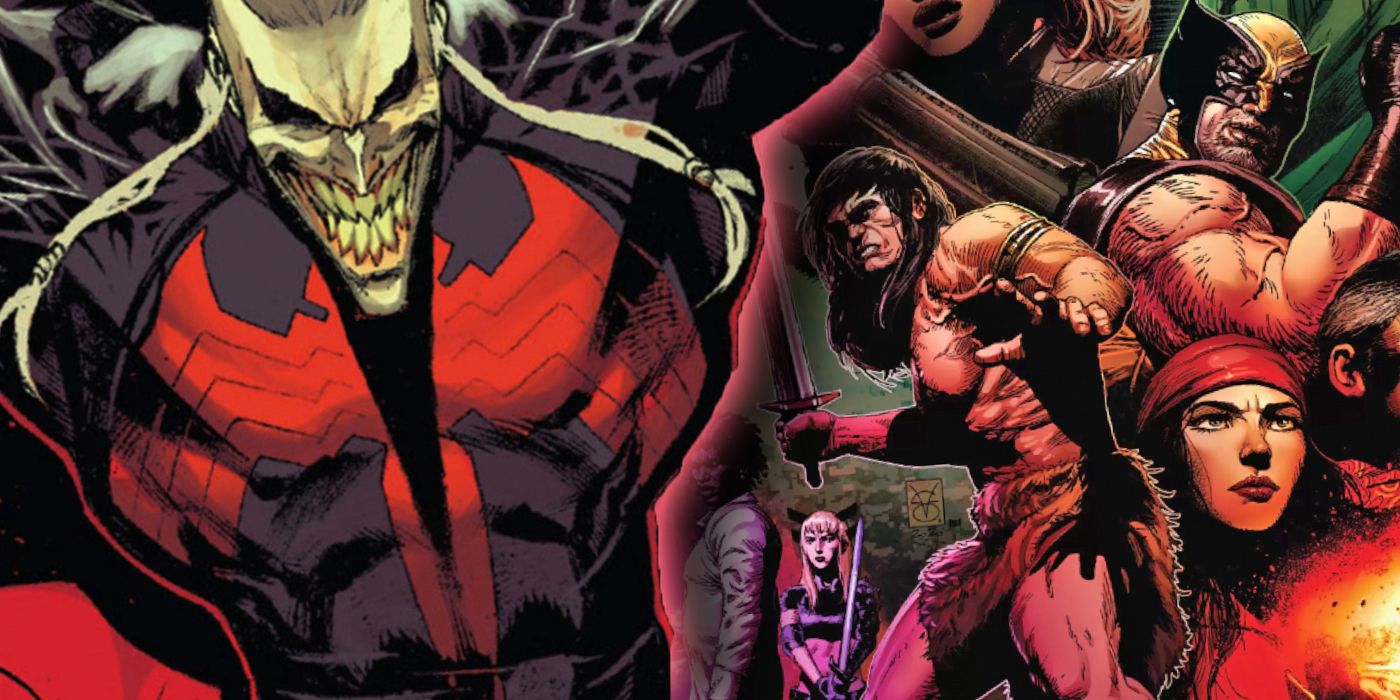 In the latest issue of Savage Avengers, one of the team members gains a new power that may have the ability to stop Knull’s army of symbiotes.

Marvel King in black He has seen the world invaded by Knull’s living darkness, mainly taking the form of huge symbiote dragons. No place has been safe from the horrors that have been brought to Earth, not even the prison, as Conan and Deadpool have just discovered. Of course, this is not the first time Conan has come into contact with symbiotes, as he wielded a symbiote sword early in the series.

And in Savage avengers # 18, Conan’s symbiote makes it clear that he is remembered and wants to unite the old team. Teaming up with the oldest evil in existence may seem like a bad idea on the surface, but it has given Conan the edge that literally every other hero wishes he had right now.

After their gruesome escape from inside Ryker’s Island Penitentiary, Conan, Deadpool, and Night Flyer are confronted with the horror spectacle that has become the outside world. Symbiote dragons rain down from above and Conan is trapped in the jaws of living darkness. Part of the symbiote approaches Conan, reminding him of the time they spent together in the Savage Land fighting the evil sorcerer Kulan Gath. They both suffered at the hands of the evil sorcerer, and they both want to end him once and for all. The symbiote offers Conan a chance to reunite once more, promising to go their separate ways when the writing is done. Cautious but willing, the Cimmerian accepts the terms and emerges from the belly of the beast stronger than ever.

Conan breaks free from the mass of symbiotes wielding his own sword of living darkness, much to the delight of his makeshift teammates. Two symbiote dragons tower over the group ready to attack, but Conan raises his hand towards them and orders them to back off. He tells the creatures that they don’t want to fight, but if they insist, he will surely kill them both.

Through clenched teeth, the dragons whistle back to the Cimmerian before taking to the skies and flying without objection. Deadpool notes that Conan’s new sword seems to give him some control over the dragons before the three continue, but he doesn’t understand how incredible what happened here really is.

Knull’s symbiote dragons have been front and center of King in black ever since it began, and for as long as it has been one of the scariest parts of all of history. Dragons may be more commonly associated with high fantasy, but Marvel’s dark god has transformed them into beings of sheer horror, responsible for some of the most gruesome deaths the Marvel Universe has ever seen. Dragons are also the source of the dome that has spanned the entire world.

While heroes like Iron Man and Flash Thompson have already shown that it is possible to bend symbiote dragons to someone else’s will, no one else has commanded them without serious fighting. Conan is certainly not anyone’s first choice to defeat Knull, but from the way things look, he might be on the short list of people who can get to him without dying along the way.

READ ON: Marvel’s most powerful warrior has a glaring weakness

X-Force: Domino’s Little Lie Says It All About Kid Cable