Ms Marvel symbiote troubles to continue after King in Black 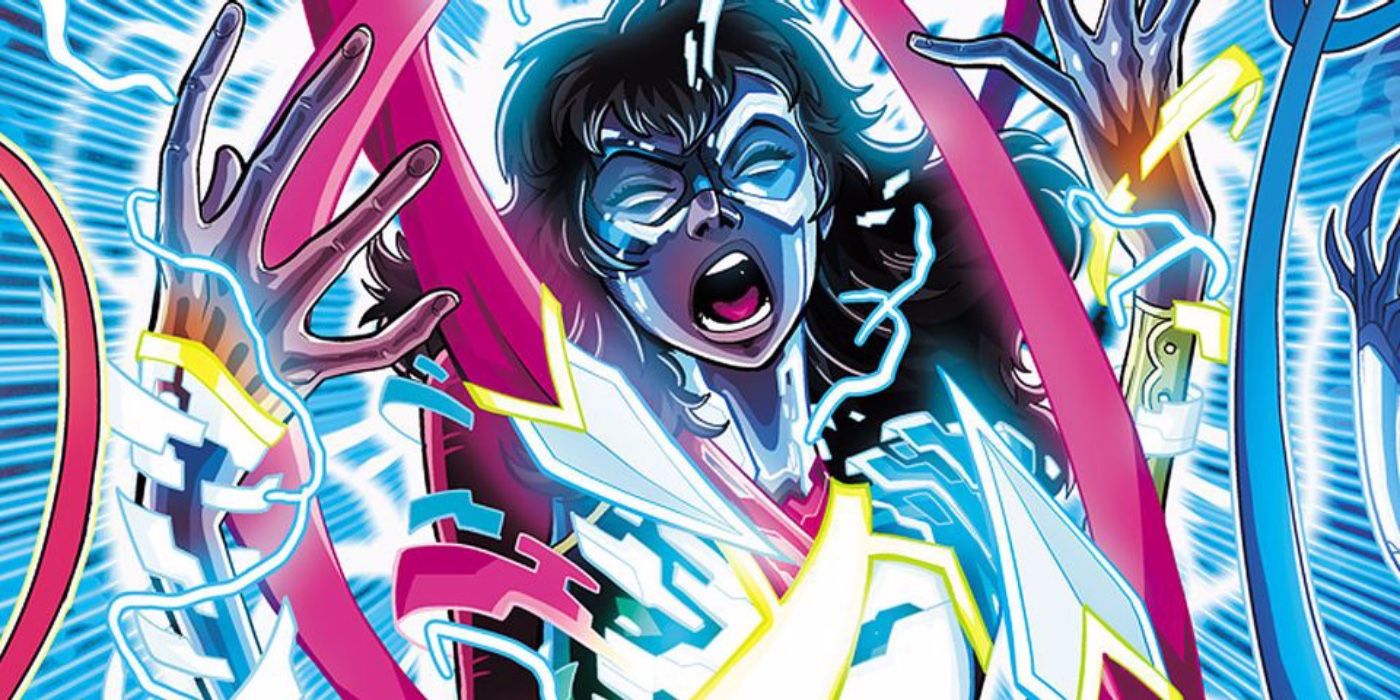 Once the world gets rid of the King in Black, Ms. Marvel will still have her hands full as shown in this week’s Marvel preview pages.

While fans of the main character will celebrate 75 issues (and the conclusion of his ongoing series) of Mrs. Marvel solo books on February 24, the Kamala Khan symbiote problem will apparently continue after King in black. Ms. Marvel has already encountered the Lord of the Abyss after she was taken under his symbiotic spell and forced to fight Miles Morales’ Spider-Man, but a greater threat looms on the horizon. An old enemy, similar to a symbiote in many ways, returns to finish what he started out as teased in the just-released preview for the upcoming Ms. Marvel comic.

In the preview of Magnificent Mrs. Marvel # 18 From Saladin Ahmed with art by Minkyu Jung and Ian Herring, Ms. Marvel faces an old man-made enemy from another universe who has come to seek revenge against the young Avenger. Stormranger is a nanotech battle suit created by the Kree Empire in an alternate reality. After Kamala was previously transported to that reality, she bonded with Stormranger, increasing her powers and giving her the additional ability to shapeshift. Khan ditched the nano suit after he forced her to nearly kill one of his villains. Like Spider-Man when he rejected Venom, Ms. Marvel created a new villain after ditching alien technology, one who took a twisted version of her likeness and became the elastic heroine’s arch nemesis. Stormranger was apparently destroyed after its independence from Kamala, but from what Marvel Comics just offered fans in their new preview, that’s obviously not the case.

Related: Daredevil uses the king in Black’s own power against him

On the first page of the preview, Ms. Marvel notices an object flying through the sky over New York. Having an idea of ​​what it could be, Kamala dons her classic outfit and investigates. Upon discovering what she believed to be true all along, Khan finds Stormranger alive and waiting for the hero. Shocked, Ms. Marvel exclaims that she believed Stormranger to be dead, but the intergalactic robot responds by saying that because it is made of nanites, they simply scattered and were not completely destroyed as Khan initially thought. Accepting the return of her ally, turned adversary, Ms Marvel wonders why Stormranger is there, asking the machine if animated battle suits care for revenge, to which Stormranger coolly replies, “yes.” .

Once the King in Black’s symbiote armies are defeated, Ms. Marvel won’t be out of the woods just yet, as she’s about to go toe-to-toe with another smart suit from across the galaxy. While Ms. Marvel’s symbiote issue has nothing to do with a member of the Klyntar race, Stormranger is a comparable villain and different enough to remain unique. As a symbiote, Stormranger bonded and enhanced Kamala’s powers, and like Venom specifically, the Nanosuit turned sour after her hero’s rejection.

Now fans know that Stormranger is back to wreak havoc and destruction in Ms. Marvel’s life, so it’s fair to say that he won’t just do it. Mrs. MarvelProblems continue after King in black, have just started, even if their current ongoing series is about to end.

Next: Conan already has everything he needs to defeat the king in black

Spencer Connolly is a reader, writer and lover of everything related to comics. He began his writing career as an intern at a comic book site. With a background in local news photography, he applied what he learned during his internship to become a news producer. Now, after a few years of professional writing under his belt, he is a member of the Screen Rant team, writing articles and news articles for the site.