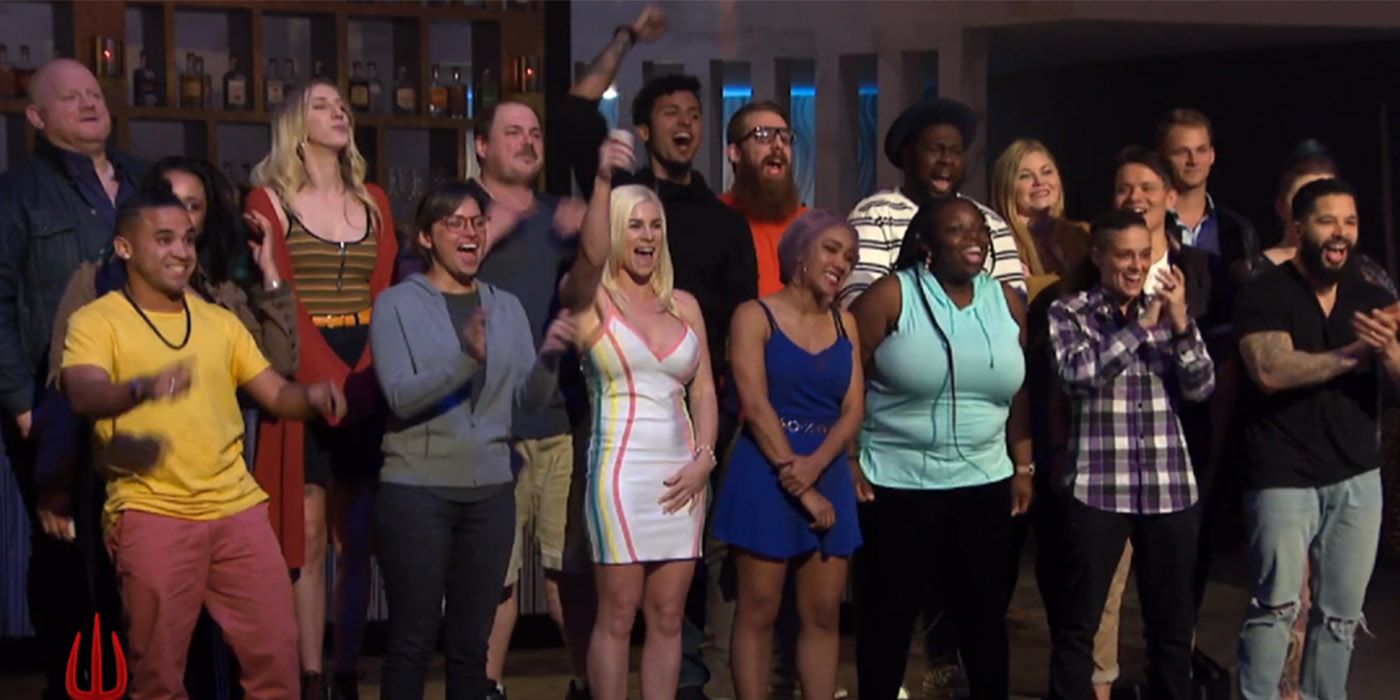 As the competition has developed thus far, several chefs have stood out from the rest. Declan and Amber, for example, were the first favorites. Both contestants came to Hell’s kitchen With an impressive background and already had experience as executive chefs. Other chefs, like Mary Lou, Kori, and Cody, have been consistently strong and have risen through the ranks by proving they are complete cooks. Lastly, while bringing less experience to the table, Nikki has also started to stand out. Last week, Ramsay determined that he had the best plate on his team and therefore had to nominate others for elimination.

Related: Hell’s Kitchen: Why Christina Wilson Wasn’t Asked To Cook For The Audition

Although there is still half the season left in the US, the show began airing in the UK in October. Due to this discrepancy, the winner and runners-up can now be revealed, for those who are desperate to know. Third, proudly representing his home country of Ireland, was one of Ramsay’s early favorites, Declan Horgan. Second, so close to the title that I could smell it, was the incredibly brave Mary Lou Davis. And the winner? None other than 37-year-old Kori Sutton.

As the season progresses, there are still many twists and turns to come. Although she sometimes goes unnoticed, Kori begins to receive more and more praise from Ramsay and gradually moves to the front of the group. Declan manages to maintain his reputation for perfection almost to the end, and Mary Lou struggles hard to make it to the end. Unfortunately, Nikki and Amber start to slip, and Marc and Adam are barely sticking together. As the number of contestants begins to decline, Chef Ramsay reiterates how important leadership skills are to anyone considering becoming a head chef at his Lake Tahoe restaurant. However, not everyone can fulfill the leadership that was ordered.

There are also a few more celebrity cameos to look forward to, including singer Sarah McLachlan and former NFL defensive end Chris Long. At a particularly heated dinner service benefiting both celebrities’ charities, Jordan once again fails to step up and figure out how to lead effectively. This error ends up eliminating it. Although Nikki is expelled not long after that, Ramsay emphasizes how impressed he is with her work in the kitchen and urges her to keep in touch and continue training. Cody holds out a little longer, but he too ends up getting kicked for his lackluster leadership skills.

When it comes to the last two, Mary Lou and Kori put up an incredible fight, and the decision Ramsay must make is extremely close. Ultimately though, it is Kori’s level-headed nature and “natural birth” leadership ability, according to Ramsay, which leads him to choose her to be the winner of the season 19 of Hell’s kitchen.

Eliana Gottesman is a reality TV writer for Screen Rant. Originally from the East Coast, Eliana is now based in London, where she recently completed an MA in screenwriting. When she’s not writing articles for Screen Rant, you can find her polishing a script, performing comedy, or in the kitchen trying out a new recipe.