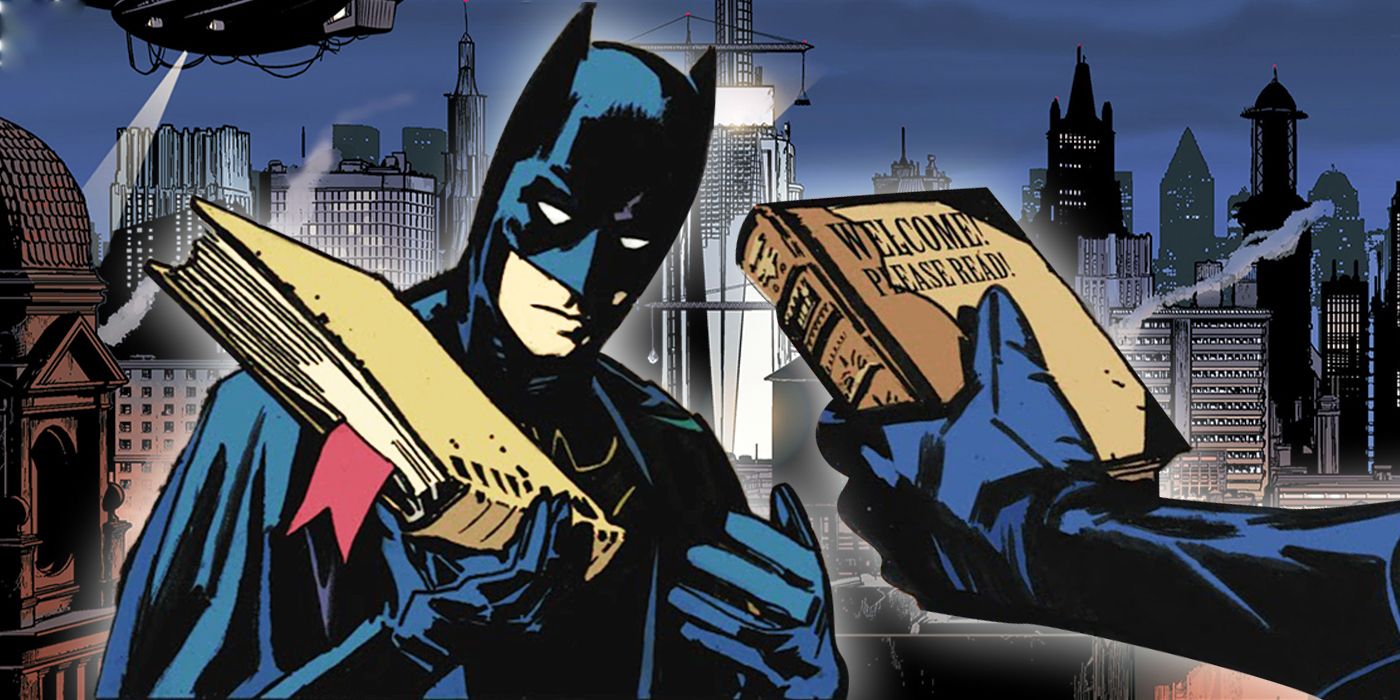 In the latest issue of Let Them Live, a lost Batman story shows the Dark Knight’s encounter with a villain who boasts a disgusting collection.

Few heroes fight a collection of enemies as dichotomized as Batman. While fighting a number of crazy and goofy villains like Mad Hatter, Condiment King, and Ventriloquist, the Caped Crusader has also become entangled with individuals who commit truly heinous crimes. Let them live Issue # 3 features the “Flesh Made Word” story that pits Batman against a criminal who makes up for his lack of superpowers with a barbarous derangement.

Batman discovers a book on a rooftop one night while patrolling Gotham. Aside from being a rare thing to find on a random rooftop, this particular book piques your interest as there is only one place in the city that it could have come from: the Willoughby Z. Tchalgadjieff VII Library of Antiquities, home to countless books of the rarest and the most expensive nature.

Twelve people connected to the library have disappeared and Batman does not believe that the appearance of the book is a fluke. Entering the library in the dead of night, the Dark Knight detective begins his investigation of the building. As you explore and examine every square inch of the library, reflect on how you had viewed the place as a second home when you were younger. The library was a safe, lonely, scholarly searching place for him and he had grown to love it.

But the love he once had for the library is replaced with revulsion when he discovers a secret door that had recently been installed. Inside, a book rests on a table with a message instructing Batman to read it. Inside, he reads a page that cryptically says he was seeing what was going to happen to him. Advancing towards the secret chambers, Batman meets CJ Greenwood, the bookbinder of the library. Next to him, on a table, lies a body, motionless and dead.

That’s when Batman realizes what Greenwood has been secretly doing and what has happened to the twelve missing people connected to the library – they have been used to bind the books that line the library’s shelves. Greenwood greets the detective enthusiastically and explains how the work he does requires precision and a love of the trade. Batman begins to feel disoriented, unable to focus clearly on the events in question. Despite his daze, the hero sees through Greenwood’s lies that the people he killed could not have voluntarily chosen to sacrifice themselves for his ghoulish passion. The villain had soaked the book the Dark Knight found in a chemical that induced its haze, making it easier for the deranged man to murder his victims. Unfortunately for the demon, Batman possessed strong resistance to chemical attack as a result of his career as a crime fighter.

Batman chases Bookbinder up to the roof of the library, furious at the old man. Bookbinder, confident in his arrogant assumption that he will somehow emerge victorious in this confrontation, attempts to bribe the hero into letting him go. Batman punches him in the face and throws him off the ceiling in response. Before the villain can connect with the asphalt below, the Dark Knight shoots a grappling wire to wrap his leg. Hanging helplessly above the street, the villain is left for the police to take him to Arkham Asylum.

It can be easy to forget that Batman is a detective at times, as his arsenal has grown significantly over the years. “Flesh Made Word” is a much more subdued story, trading explosive action for grim suspense. It’s refreshing to read a story that involves Batman using his natural detective knowledge and skills to find a villain rather than employing tools to do the job for him. It’s a gruesome story to be sure, but it’s one that returns Batman to his roots as a crime fighter.

Read on: Batman: Damian Wayne is not worthy of his family’s two legacies