Suicide Squad: Amanda Waller wants the next DCEU star on her LETHAL team 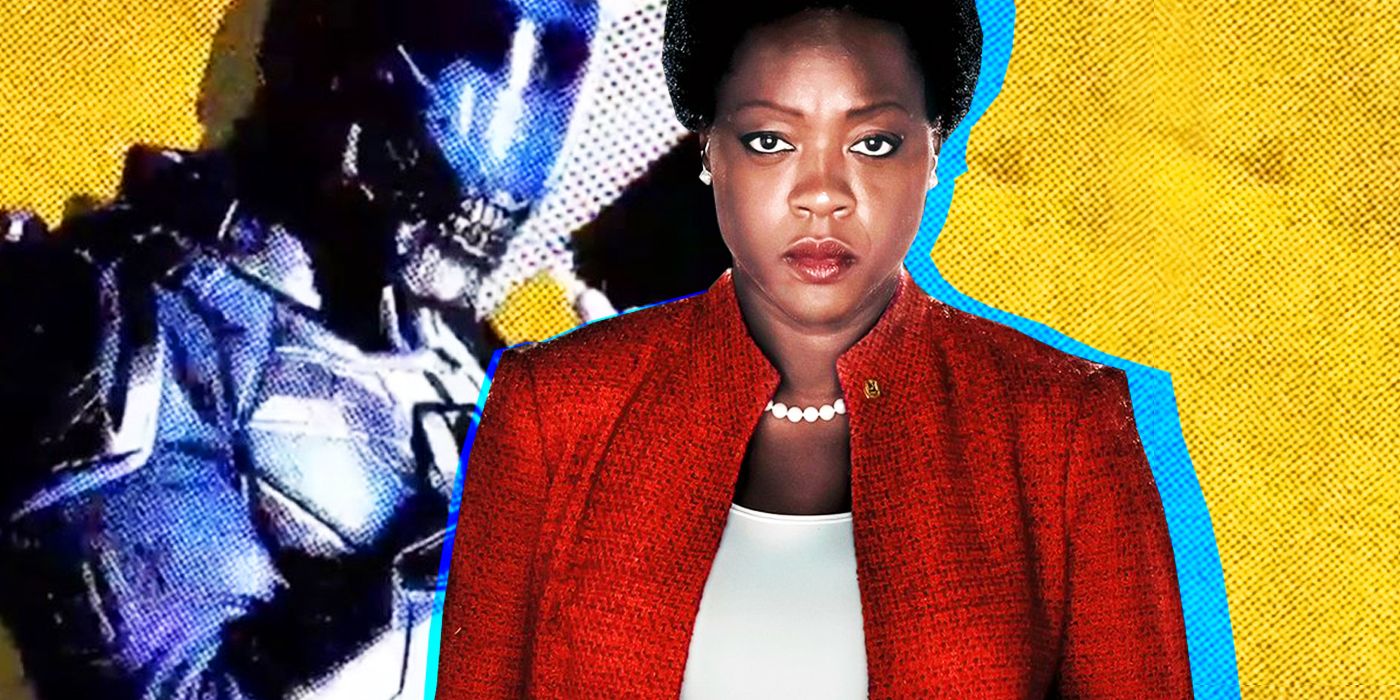 In the first issue of Suicide Squad, Amanda Waller may be looking to recruit a new member who will soon debut in the DCEU.

Amanda Waller has never been the sentimental type, and the mastermind behind Task Force X has apparently already started looking for a replacement for Deadshot, a longtime member of the squad, after her death at the hands of Black Mask. Although it already appeared on the big screen in 2016 Suicide squad It looks like another future DCEU star will take his place both inside and outside of the comics.

In Suicide squad # 1, Rick Flag is upset with Waller, claiming that he has finally gone too far with all of his super plans to save the world. When asked why she is doing this she simply replies that she is tired and as she does so three people are clearly seen on a screen behind her. One is an unidentified woman who appears to be the vampiric Night, another is the former Court of Owls killer Talon, and the last person is Superman’s Bloodsport enemy.

While various costumed villains have taken the name, this Bloodsport is a man named Robert Dubois in 1987. Superman # 4, by John Byrne and Karl Kessel. While he was a skilled combatant and an excellent marksman, Dubois feared death, leading him to avoid being drafted into the Vietnam War while his brother Michael took his place. Michael suffered horrible injuries and Robert went mad with guilt, became obsessed with Vietnam and spent years in a mental institution. He was later contacted by Lex Luthor, who wanted to exploit his mental state to condition him to kill Superman.

Dubois adopted the name Bloodsport and became convinced that he had fought alongside his brother in Vietnam, feeling as if the people of America had wasted the freedom he had created for them. Equipped with a device that could teleport a wide variety of weapons to him, he began indiscriminately killing innocents in Metropolis and even managed to wound Superman with a kryptonite bullet. He was eventually captured and sent to Stryker Island, but was apparently killed by one of the guards during an attempted prison break.

However, Robert DuBois has come back to life in the Infinite Frontier era and has appeared on Amanda Waller’s radar. Judging from the fact that one of the other people on his screen was Talon, it appears that Waller is actively recruiting Bloodsport. With Deadshot’s death, a position is available in Task Force X for a sniper, and with his skills and a large selection of weapons to choose from, DuBois could fill this gap with ease. Floyd had a bigger role in the squad, but with Bloodsport’s troubles he’s unlikely to take on as much responsibility, leaving Peacemaker as the undisputed leader of the group of villains.

Later this year, Idris Elba will take on the role of DuBois this year. Suicide squad. Already described as having more weapons than anyone else in the movie, it will be interesting to see if he retains his teleportation arsenal from the comics, and may even reflect some of the more tragic aspects of his character, potentially trading Vietnam for a more recent conflict.

In both the comics and the movies, Bloodsport seems like the kind of mentally fragile, intensely violent, and easy-to-manipulate recruit that is perfect for Waller’s team.

The Beyonder: What Happened to Marvel’s Secret Wars God?

William Howie is a relatively new writer and avid reader of comics, manga and classic literature based in Cambridge, UK. After working in pubs, nightclubs, and restaurants, he now works as a comic book writer for CBR.com. Graduated in Film Production from the University of Derby, Howie takes his critical writing on fiction very seriously.