The Beyonder: What Happened to Marvel’s Secret Wars God? 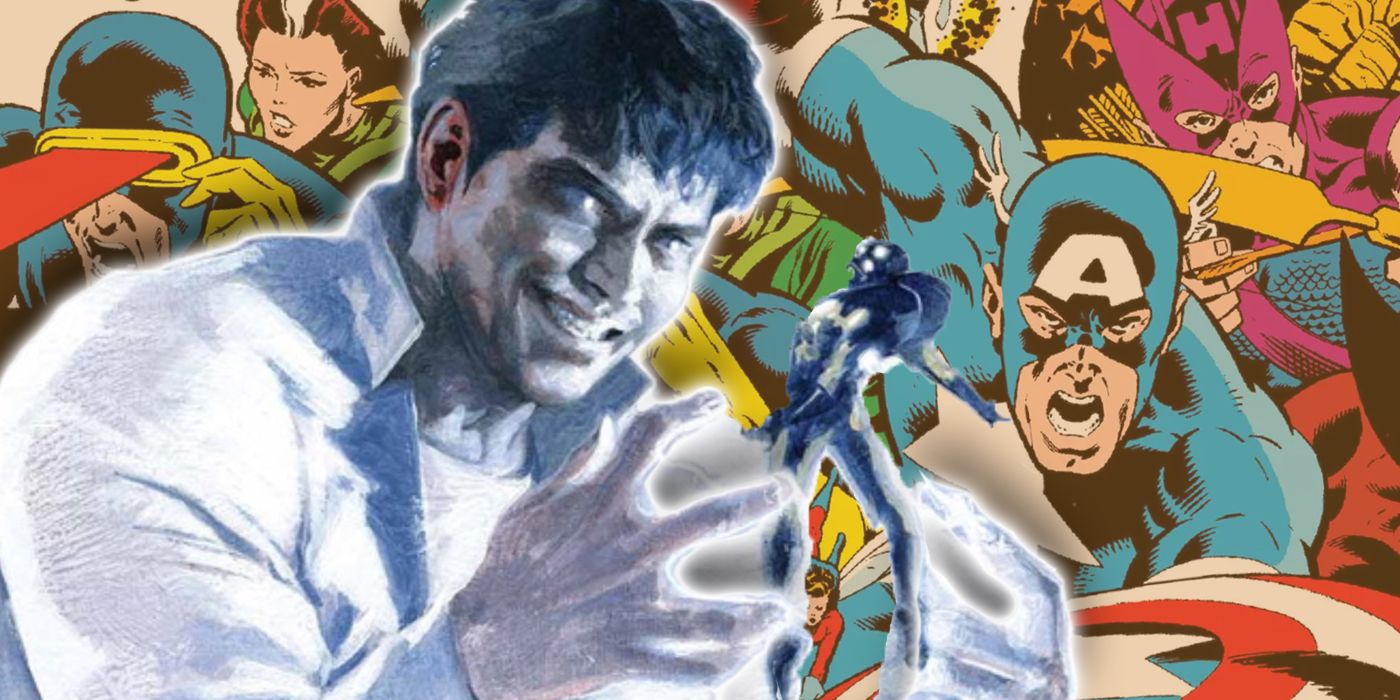 The Beyonder is one of the most powerful beings in the history of the Marvel Universe, but his story did not end with Secret Wars.

There are a handful of Marvel characters who, when fully unleashed, have the power to shape entire galaxies and affect all of the reality around them. While some of these powerhouses are trying to save the universe and others may try to destroy it, one of Marvel’s strongest figures, Beyonder, has gone from hero to villain to mere observer since he ignited the original Secret Wars.

Despite being one of the most powerful entities in the entire multiverse, Beyonder hasn’t appeared in several years. But now, let’s take a closer look at the Beyonder, how powerful he really was and what precisely happened to him.

RELATED: WandaVision: Where Are Scarlet Witch and Vision in the Marvel Comics Universe?

First appearing in 1984 Marvel Superheroes Secret Wars # 1, by Jim Shooter and Mike Zeck, the Beyonder was an interdimensional being who had been dragged into the Marvel Universe by an accident caused by a group of genius villains known as the Intelligencia. One of an infinitely powerful race of reality warpers, the being who became known as the Beyonder was intrigued by the chaos and desires of the people who lived in the Marvel Universe. Determined to investigate further, the Beyonder led various heroes and villains to a makeshift planet that he built known as Battleworld.

Observing their conflict and promising great rewards to the victors, the Beyonder watched in great amusement. Doctor Doom was able to briefly steal the Beyonder’s powers in the conflict, but the Beyonder, taking control of the villain Klaw’s mind, was able to sow doubts in Doom’s mind and regain his power, before finally returning everyone to Earth. . . The Beyonder returned in Secret Wars II, reaching Earth and creating a nominally human form in order to fully experience life on Earth. He was briefly led astray and pushed to indulge in more fleeting pleasures instead of using his powers for greater and lasting impact. This resulted in Beyonder developing romantic feelings for the heroic Dazzler, which were rejected, sending the dejected Beyonder in a darker direction.

RELATED: X-Men: Marvel Teased A New Romance Between A New Mutant And A Fugitive

Trying to become a hero, Beyonder used his powers to briefly destroy the concept of Death, only to be convinced of its importance by Molecule Man. Finally, losing hope, Beyonder decided that she would be happier if the multiverse were destroyed, fighting the Avengers and slaying the New Mutants with ease. An army of heroes did their best to stop him. with Molecule Man ultimately being the deciding factor and seemingly killing the Beyonder while inside a machine of his own design.

This actually created an alternate dimension where everything centered around the Beyonder. sparking the events of Steve Englehart and Keith Pollard’s “Secret Wars III” which took place in 1988 Fantastic four # 319, when various heroes ventured into his universe.

The Beyonder fought with cosmic forces such as the Shaper of Worlds and Kubik, before coming to believe that it had actually been the result of a broken Cosmic Cube that had been poorly designed by the true Beyonders. Making peace with this, Beyonder and Molecule Man effectively merged into a new form, Kosmos, in a story by Len Kaminski and Greg Capullo in Annual Fantastic Four # 23. Although Molecule Man eventually parted ways with this merger, the Beyonder seemed to remain in this form and took the form of a woman. However, the innate mental struggles that had plagued Beyonder’s attempts to understand life resulted in Kosmos developing a darker side, even taking on the name Maker.

However, after being defeated by Thanos and contained within the Nova Corps galactic prison known as Kyln, the Creator was killed in the early days of the Wave of Annihilation, seemingly releasing the Beyonder’s spirit back into the universe.

The Beyonders as a species returned during Jonathan Hickman’s career in Avengers, which revealed that the original Beyonder was in fact simply a child of his reality-warping species in Hickman and Mike Deodato. New avengers # 33 in 2015. The Beyonders were responsible for the Incursions, experimenting in the multiverse and causing its near destruction out of curiosity. Although the likes of Thor and Hyperion were (barely) able to defeat one of the reality warpers, an entire army of Beyonders invaded the cosmos shortly before. Secret wars and killed the two heroes.

However, the Beyonders were unprepared for the machinations of Doctor Doom, who along with Doctor Strange and Molecule Man found a way to attack and apparently even cleanse them, prompting Doctor Doom to absorb their powers and become powerful enough to create a new Battleworld during Secret wars.

Since that event ended with the restoration of the multiverse, not much has been mentioned of the Beyonders, who in turn may be quietly preparing the return of those cosmic forces in the future, where they may emerge as a threat beyond comprehension.