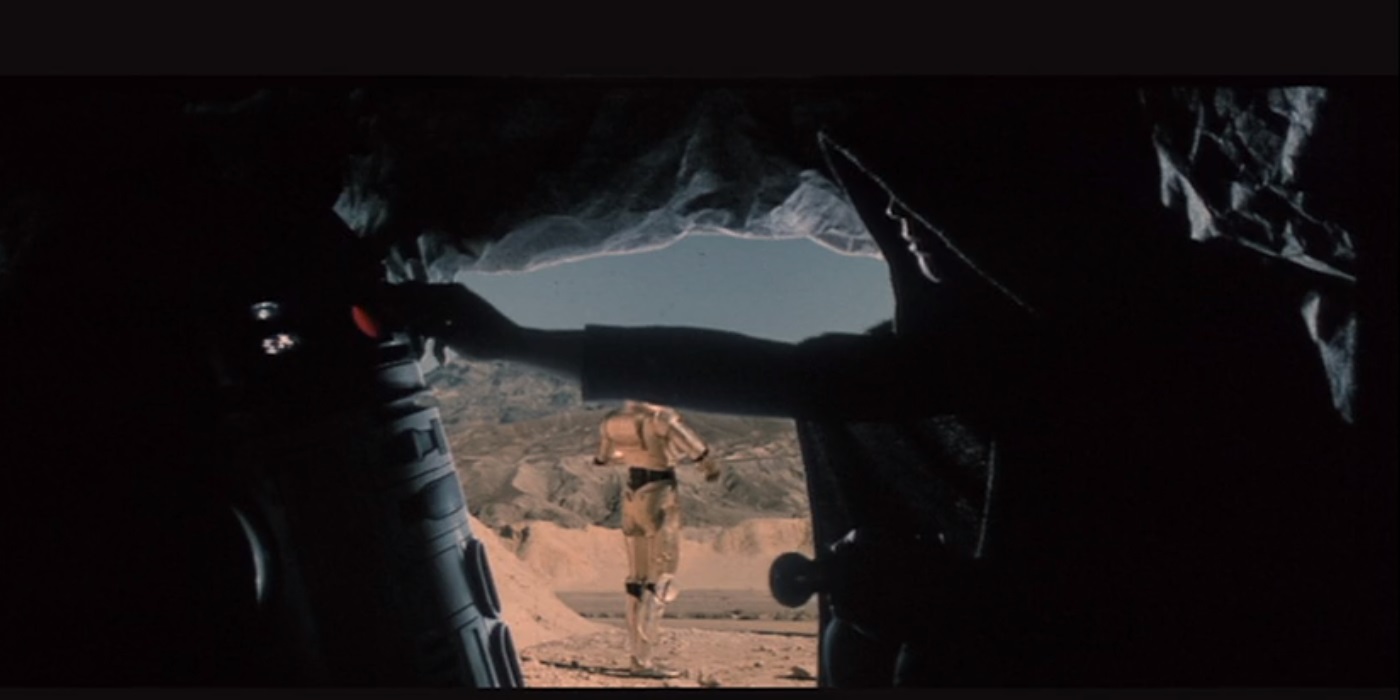 Star Wars: Return of the Jedi is a classic movie, but a deleted scene with Luke and Darth Vader could have completely changed the way the movie went.

Return of the Jedi it was the last movie of the original Star Wars trilogy, and the ideas and characters it introduced stayed with the franchise for years to come. However, like most movies, not all scenes made it to the final cut. While some of these scenes turned out to be inconsequential to the plot, others could have had a profound impact on the entire film. An example of that is the deleted scene from the movie, “Vader’s Arrival and Approaching Luke”, which can be found on Disney +.

The scene begins with Darth Vader and an Imperial Admiral talking to each other. Vader begins to punish their lack of competence and reminds them that their failures and lack of progress will not save them from the wrath of the Emperor, who was on his way to see them. The scene then cuts to Vader sitting at his camera as seen in the The Empire Strikes Back, where he attempts to summon Luke Skywalker through the Force. Had this scene been included in the movie, it would have established Luke and Vader’s connection through the Force over an hour before the audience realized it in the final cut.

The scene continues with Luke, who is sitting in a cave on Tatooine and working on his new lightsaber. This would have been the first time a built-in lightsaber was shown on screen. Instead of responding to Vader, Luke looks at R2-D2 in front of him and lights up his new green sword. He walks over to touch a place on R2 where he will keep the saber for his plan to rescue Han Solo from Jabba the Hutt. The scene has no dialogue but does an excellent job foreshadowing the plan that will come later in the film.

C-3PO waits outside the cave, unaware of the intricacies of the plan. They keep you in the dark for the rest of the rescue, which is probably for the best, since you could have discovered your cover. However, the most notable part of the shot is actually the Millennium Falcon and X-Wing parked in the background. Once again, without using words, the scene shows the viewer that Han’s rescue was planned well in advance, and the roles of Lando, Leia, and Chewie were carefully laid out.

RELATED: Star Wars: Kanan Jarrus Perfectly Represents The Struggle Of Being A Teacher 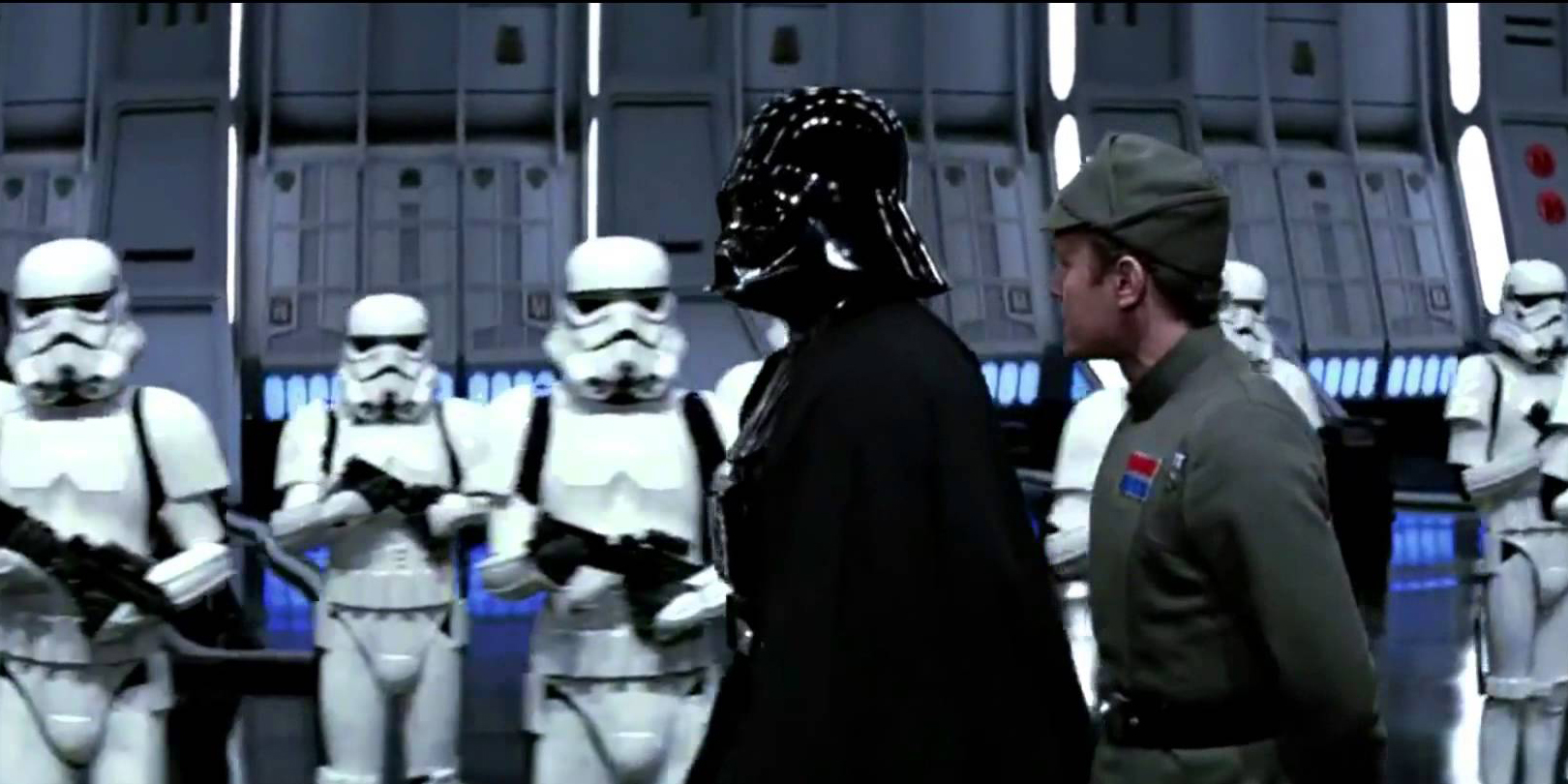 At the film’s theatrical release, the parallels between the first and third films are evident: primarily, the two droids walking in a desolate desert. However, what sets this particular movie apart from the others is the profound change in Luke Skywalker. Before, he was just a farmer yearning for adventure. By the time he returns to rescue Han, he is a much more mysterious character. He even wears all black, a color generally associated with the dark side. This additional tease of his potential turn to the dark side was a great addition to the beginning of the film.

Of course, once the group rescues Han, it is confirmed that Luke has not only stayed with the light side of the Force, but has also advanced in his Jedi training and is more skilled than ever. The reason for her black outfit has long been the subject of speculation, but some believe she was mourning the Jedi who fell decades ago or symbolizing her connection to the dark side. Alternatively, perhaps the creators deliberately tried to mislead the audience into thinking that Luke had been converted. Whatever the reason, his allegiance to the light is symbolized in his clothing at the end of the film, when his robe is partially removed to reveal the white under the black.

The deleted scene established many themes that helped reinforce the connections established in the film. Sadly, the scene was cut for time and to improve the pace. Still, the moment wasn’t entirely lost as Luke’s lightsaber construction scene was canonized in the novelization. Return of the Jedi: beware of the power of the dark side. It’s impossible to know how the inclusion of the deleted scene could have changed the rest of Star Wars canon, but its deeper themes could have completely changed the movie if it had stayed.

See also  Does Robin appear in 'The Batman'? Matt Reeves responds to the rumor

Nick Brooks is an avid comic book reader, gamer, writer, and fan of all things creative. For ten years he has been reporting on the latest and greatest in the world of games, anime, and everything related to comics. Now, he writes for CBR as a game writer and loves every minute of it. When he’s not writing, you may find him hanging out with his lovely girlfriend, cooking, reading comics, or collecting whatever new black Star Wars, Marvel Legend, or Transformer series comes out.