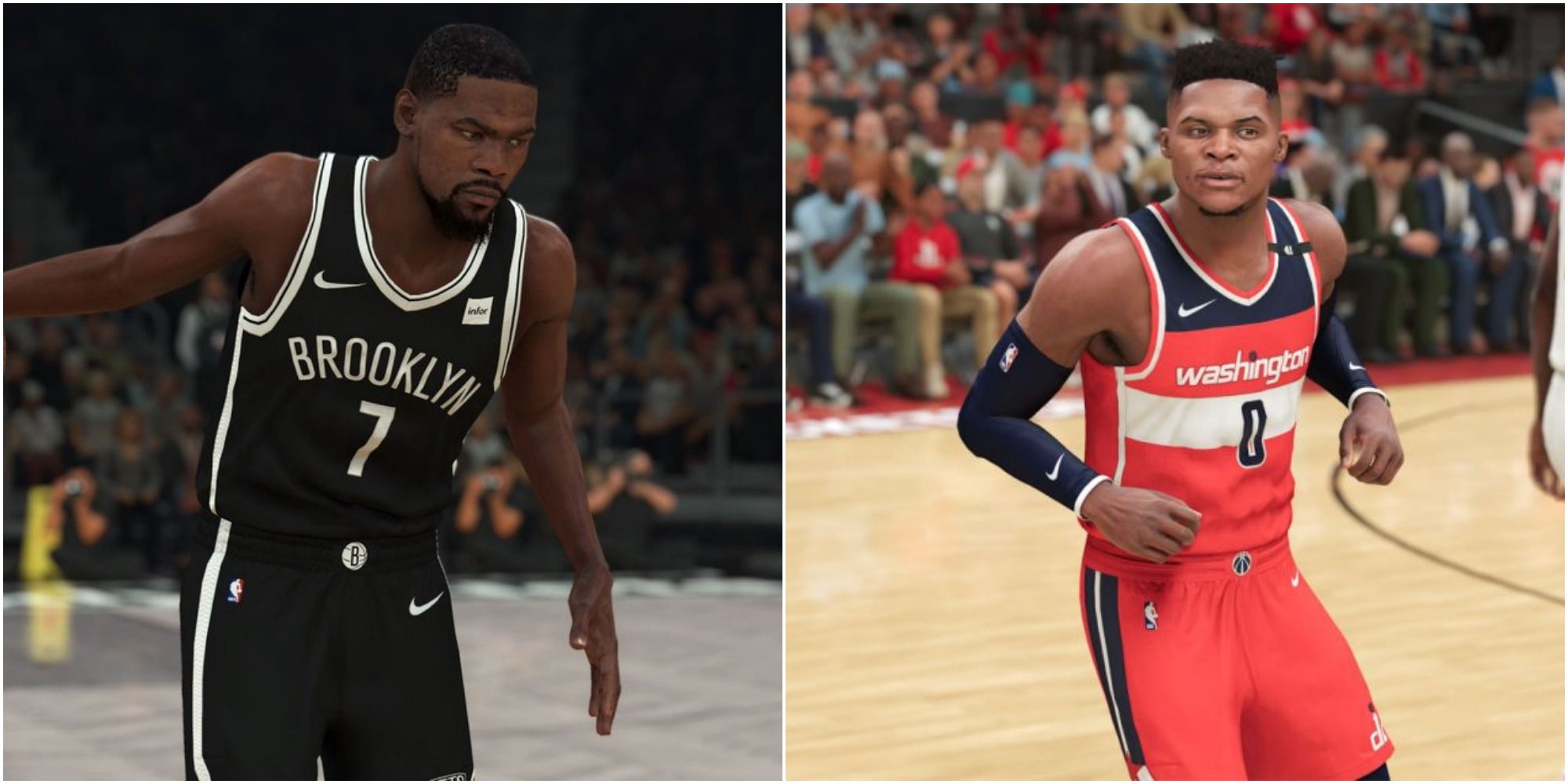 There are countless reasons why NBA 2K franchise is possibly the best when it comes to sports video games. From a wide range of classic gear to a ridiculous amount of customizable options, there are plenty to choose from. Two highlights are the MyGM and MyLeague modes.

RELATED: The 10 Best Basketball Movies, According To IMDb

Both allow the player to take a team and control it (MyGM allows you to simply manage a franchise, while MyLeague allows you to do it and also basically be the commissioner of the league). This list will not cover the best and worst teams, as any NBA fan knows who they are. Instead, it looks at franchises that are ideal and those that are inadequate to control for decades.

It may sound strange to anyone who has watched basketball for the past two decades, but the San Antonio Spurs are not in an ideal place. Often times the worst place for a franchise when it takes over a game like this is to be mediocre and that’s what the Spurs are.

They are generally a brilliantly managed organization that makes the most of their players. Unfortunately, they are not very talented, they have expensive veterans and they play a style that feels very out of place in a league that seems to have passed them by. Turning them around would be a tall order even with an all-time great coach, Gregg Popovich.

One of the most important aspects of managing a team in these modes is having financial flexibility. The Atlanta Hawks might be the best team to use when it comes down to it. They start the game with plenty of cap room, opening the door to add a top free agent or give a major extension to a current star.

The ability to add a high-level player to the existing youth core of the team is excellent. Trae Young is one of the best young talents in the game, while John Collins and De’Andre Hunter are talented. There are also a host of veterans like Rajon Rondo and Danilo Gallinari to move in if necessary.

Looking at the NBA standings this season, it’s clear that the Charlotte Hornets have been a solid surprise. They have been around .500 for the most part and are in pursuit of the playoffs. Despite that, this is a franchise that has been lackluster for a long time.

Not only that, but they are in a strange financial situation. They paid high prices for the likes of Gordon Hayward and Terry Rozier, while their overpaid vets (like Nicolas Batum and Bismack Biyombo) are hard to move. The only real positive about choosing them is playing as LaMelo Ball.

The WNBA may not be as popular as the NBA, but playing as the women offers a varied aspect of the series’ gameplay. It has an additional level of skill and a different pace than the NBA dominated by three balls. There are many teams in the league that are worth choosing.

RELATED: 4 Movie Sports We Wish Were Real (And 5 We’re Thankful Are Still Fictional)

Still, it is clear to me that the best is the Seattle Storm. They are basically the toast of the WNBA and have been for a while. Seattle has the legendary Sue Bird, veteran Lauren Jackson and arguably the best player currently in Breanna Stewart. They are a dynasty and they are fun to play with.

This team is an enigma to watch on the court. When you have Russell Westbrook and Bradley Beal on the same team, there’s a good chance that the team will be exciting, scoring, and probably successful. However, that’s not the case at all with the Washington Wizards.

Those two guys are talented but they haven’t been a great fit together, even if Beal is a top scorer. They both earn a lot of money and therefore it is difficult to exchange them. Add in the fact that your only standout young player is probably Rui Hachimura and he’s a struggling franchise.

Many of these selections were made because they offer potential long-term success. However, Brooklyn is a bit different. They are probably not built to be a powerful dynasty, but for a few years they can be unstoppable. They have come out as a threat to the title and are loaded with talent.

Kevin Durant, Kyrie Irving and James Harden make an absurdly good offensive team, and adding Blake Griffin only adds to that. Playing as them in this game, regardless of how you can handcuff him financially, is honestly too good to pass up. There are also a host of talented RPGs on this team.

Oh, how the mighty have fallen! Just a few years ago, the Houston Rockets felt like a legitimate threat to the Golden State Warriors dynasty, almost beating them even when they had Kevin Durant. The highlights of that team are gone as James Harden and Chris Paul. Even Russell Westbrook has already left.

John Wall remains, but he hasn’t been healthy for a while until this year and makes a ton of money. Victor Oladipo is a nice piece to build if he’s healthy, but that’s about it. The team doesn’t have any other really promising players or top draft picks to form a core.

There is no team more loaded with future draft picks than the Oklahoma City Thunder. They own at least three first-round picks in every draft through 2027, except in 2022 when they have two. That doesn’t count second-round picks, either. That is great potential to build the future.

There’s also the fact that one of those picks is Houston in 2021 and that should be a high. They have some veterans who can move like George Hill and Trevor Ariza, as well as a young stud as the centerpiece in the amazing Shai Gilgeous-Alexander.

No offense, but there’s no more boring team in the league right now than the Detroit Pistons. They got rid of Andre Drummond and Blake Griffin for next to nothing, even though they were initially supposed to be the combination of great men that turned the franchise upside down.

Without them, only Jerami Grant has really come a long way. Otherwise, there are a lot of guys who have been somewhat disappointing in their careers like Josh Jackson, Mason Plumlee, Killian Hayes, and Jahlil Okafor. This is a team that is not going anywhere for a long time.

In terms of being competitive right now, having a bright future and having veterans who can be moved by other pieces, the New Orleans Pelicans have it all. Obviously the biggest selling point is Zion Williamson, who is a marvel at controlling and knocking over all opposing teams.

The Pelicans also feature All-Star Brandon Ingram and the ever-improving Lonzo Ball, both 23 years old. It’s a fantastic trio to build. Eric Bledsoe and Josh Hart keep them competitive, as do JJ Redick and Steven Adams, who could also be moved if necessary.

NEXT: The 10 Best Basketball Movies Ever Made, According To Rotten Tomatoes