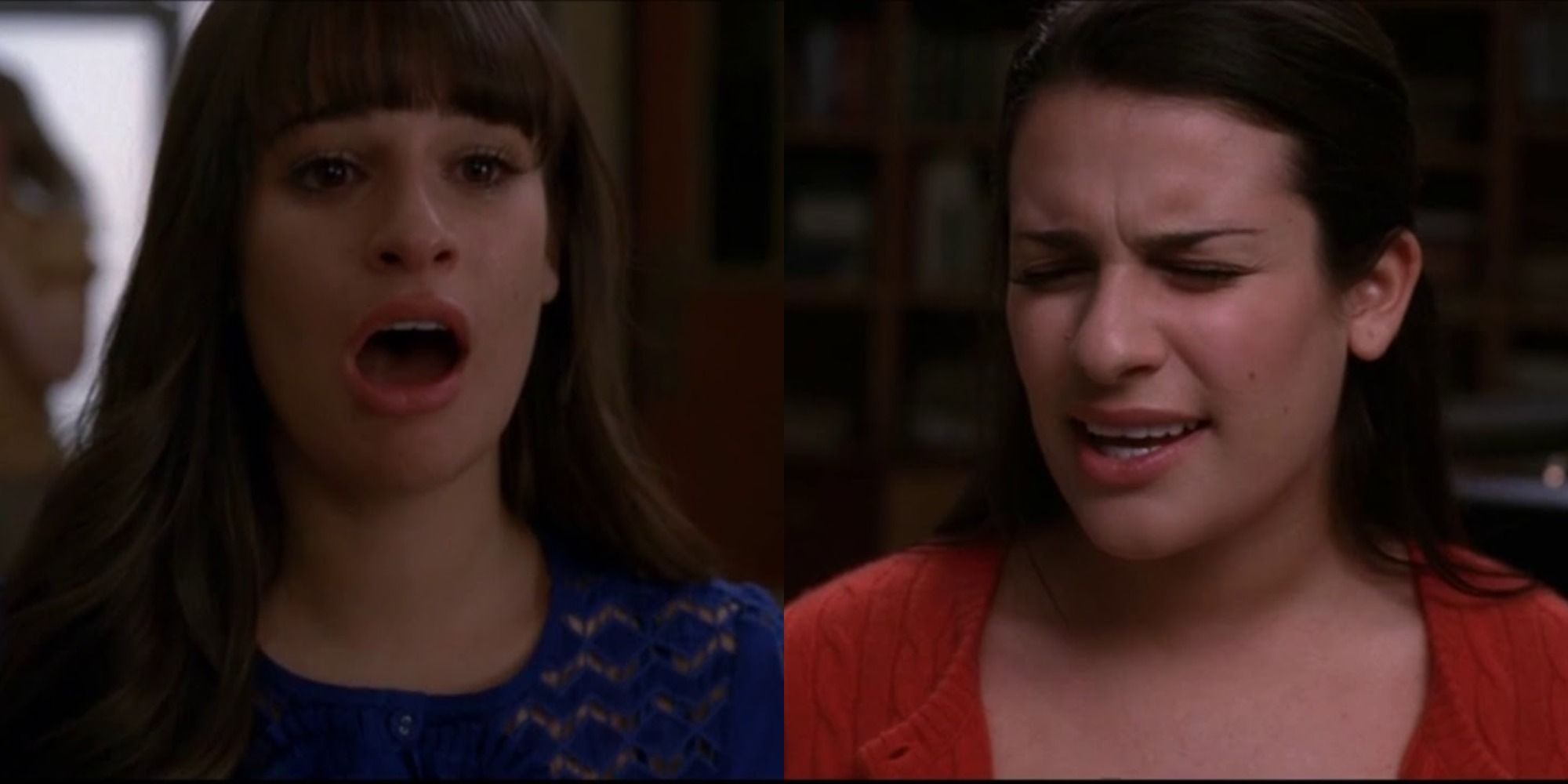 The same goes for performances. Some song and performance options are truly fantastic and may even outshine the originals. Other song choices and other interpretations are wrong, out of place, and deviate from the annoying. Rachel is the de facto protagonist of Joy, and therefore, you are given some of the most substantial musical material. And being the best singer, many of them are hits, but certainly not all.

10 The best: everything comes back to me now

Even fans who hate Rachel have to admit that she totally killed “It’s All Coming Back to Me Now”. The song appears on Nationals, with Rachel performing it at the 2012 National Show Choir Championship.

She hopes the song and performance will attract the attention of Carmen Tibideaux, Dean of Vocal Performance and Song Performance at NYADA. Needless to say, the performance turned out to be an incredible success, and even the typically cold and unimpressed Carmen was left smiling.

9 The worst: The squirrel song

The previously unaired Christmas of the fifth season has to be one of the weirdest episodes of Joy, and features a truly bizarre rendition of “The Chipmunk Song.” The entire performance unfolds like a fever dream, as Rachel and Santana inhale helium to make their voices louder (and thus sound like chipmunks).

They proceed to dance around Cody, acting like his elves, before collapsing into what appears to be a drunken stupor. It’s amazing to think that Joy You can range from the Broadway belts to … whatever it is.

8 Best: Don’t Rain On My Parade

Speaking of Broadway artists, it doesn’t get any better than “Don’t Rain On My Parade.” In this episode, Rachel is able to embody her longtime idol, Barbra Streisand, singing this tune, perhaps the most famous one to come. Funny girl. The performance can be found in Sectionals, as Rachel performs it at the 2009 Western Ohio Sectional Championships.

It takes a lot of talent to match Streisand. Fortunately, Lea Michele (and Rachel) has that talent, resulting in a magnificent performance of a magnificent song.

Aside from perhaps The Chipmunk Song, this might be the lowest point of Joy. Featured in the season four episode of Thanksgiving, this is another strange fever dream that takes place inside Rachel’s apartment.

The “Let’s Have a Kiki” segment is quite acceptable, but Rachel finally bursts into “Turkey Lurkey Time” and viewers can only cringe in embarrassment. The connection to Thanksgiving is obvious, but just because they could do something doesn’t mean they should have.

Kelly Clarkson’s “Cry” appears in the third season episode. “He drowned.” Rachel had a string of great solos at the end of the third season, and “Cry” is definitely one of them.

Upset over her ruined NYADA audition, Rachel sings “Cry” to express her great disappointment, and serves as the perfect cathartic release for a deeply emotional and disturbing episode. The theme of the song also carries over to Puck, who receives an F on his test while Rachel sings the song in the auditorium.

Of all the bands to cover, Radiohead has to be one of the toughest. In season four’s “Guilty Pleasures,” Brody and Rachel team up for a duo, playing Radiohead’s iconic “Creep.” It’s a good song and a somewhat decent rendition of the two of them.

However, “Creep” is deeply rooted in Radiohead and Thom Yorke, and hearing Lea Michele sing the lyrics doesn’t have the same impact. It comes across as a very sanitary and very safe corporate version of an otherwise harsh and deeply raw melody.

“Defying Gravity” has to be one of the best Broadway tunes ever, and Lea Michele absolutely nails it on “Wheels” from season one. Of course, the success of this performance is not due to Lea Michele alone, as Chris Colfer certainly stands his ground.

In fact, the two remain side by side throughout the entire performance, and Rachel is deemed the winner only after Kurt intentionally throws his shot. It’s arguably Colfer’s finest moment and certainly one of Michele’s finest.

There is nothing inherently wrong with “Poker Face”. How can anyone go wrong with a Lea Michele duet, Idina Menzel? It is a very strange performance, and it is greatly diminished by the meaning of the song and the unique arrangement.

“Poker Face” isn’t exactly a suitable song for a mother-daughter reunion, and the strange arrangement of the song in the lounge / cafeteria doesn’t do Michele any favors, especially when it comes to the funny “oh oh oh” the pre-chorus. It was a risk, but one that wasn’t necessarily worth it.

Featured in the episode “Prom Queen”, Rachel sings “Jar of Hearts” to express her disappointment and heartbreak towards Finn. It’s a great song choice, as the lyrics perfectly convey Rachel’s feelings of pain and betrayal.

It’s also perfectly sung and wonderfully performed by Lea Michele, with her sidelong glances at Finn speaking a lot about the current state of their relationship. It’s moments like this that show how good they are Joy could be.

Okay, so The Climb is intentionally Wrong, but the point is, it’s by far Rachel’s worst solo. The song is found in the first season episode “Laryngitis”, the title of which comes from Rachel’s encounter with tonsillitis.

Her fellow Glee members suspect something is amiss after a terrible rendition of Miley Cyrus’s “The Climb,” with horribly off-key and off-key voices. It’s a hilariously bad performance and shows that even the best singers have their days off.