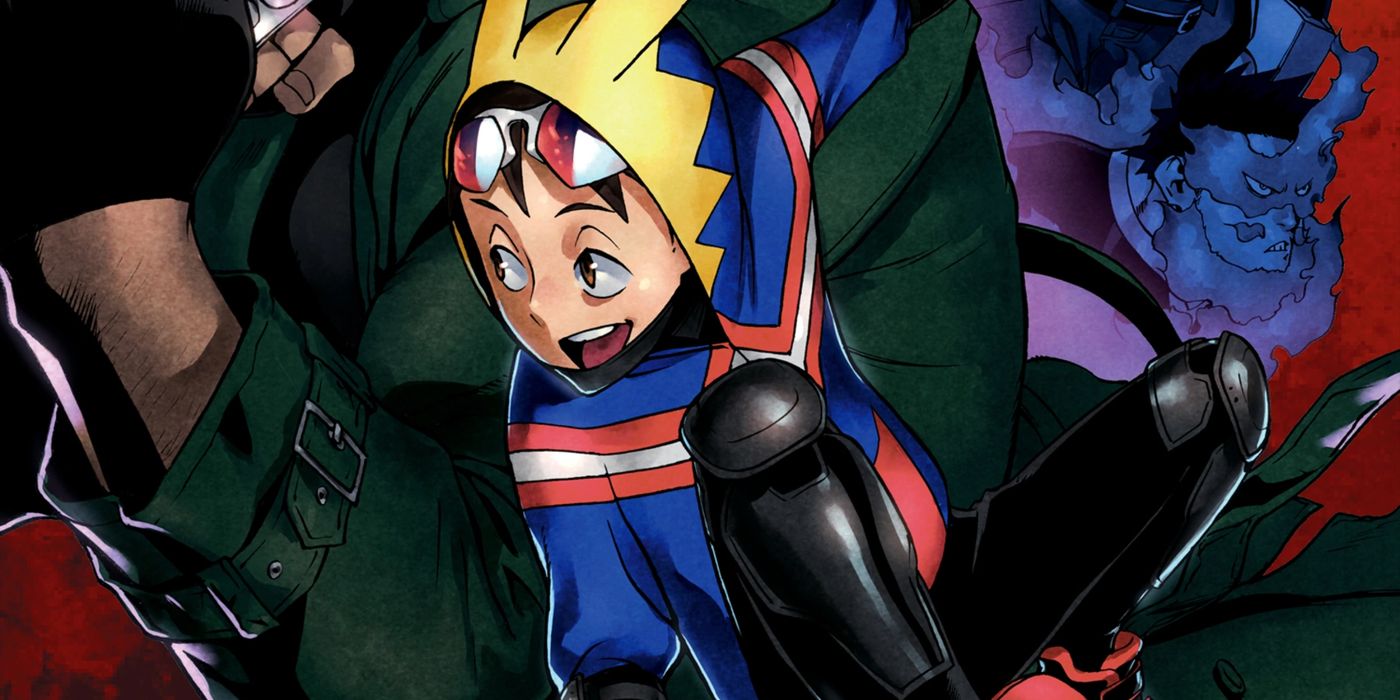 My Hero Academia Vigilantes is a spin-off that maintains the charm of its main series while telling a unique and satisfying story of its own.

The popularity of My hero academia has exploded, and with that comes spinoff manga, expanding the reach of the world to include those who simply fail to attend UA or become professionals. Set just before the main series, My Hero Academia Vigilantes offers fans a new look at the world of quirks and heroes from the perspective of civilians eager to put their skills to use. But becoming a hero requires training and a degree, and having a powerful quirk is not something one person can change. Despite having the temperament, courage, and constitution of a hero, a weak quirk can ruin someone’s hero potential before they have a chance to grow. And if you don’t have a license, you can’t use your quirk in public, regardless of the circumstances.

My Hero Academia Vigilantes follow Koichi Haimawari, a college-age kid whose “slip and slide” quirk isn’t exactly the most striking. With three points of contact on the ground, you can move at roughly the speed of a bike, and that’s it. No strength, no durability, and no chance to become a professional hero. Instead, Koichi fulfills his desire to be a hero by doing worldly good deeds, such as picking up trash and helping lost travelers by the name of Good Boy. Of course, even this limited use of your quirk means you’re technically breaking the law, which mostly attracts only the occasional reprimand from a police officer. At least that was the case until so-called “instant villains” began to appear. Instant villains are people who take a quirk-enhancing and inhibition-reducing drug called Trigger, which often causes them to start attacking or acting on basic impulses. Since these attacks happen so suddenly and quickly, professionals cannot always get there in time. Koichi takes a new name, The Crawler, and teams up with a vigilante hero named Knuckleduster and an aspiring pop idol named Pop Step to help investigate the problem and deal with these instant villains as soon as they appear.

Related: My Hero Academia: All Four Kinds of Quirks Explained

Much of the appeal of the series is that it is almost a hypothetical story, exploring a path that MHA ‘s Midoriya may have taken if he hadn’t had the fortune to meet All Might. Koichi is also a huge fan of Hero # 1, he wears an All Might hoodie as his vigilante outfit and has grown up idolizing the pros. But with such a limited quirk, he’s not much better than Midoriya without quirks, and he’s already missed his chance to attend a school like UA. It’s not hard to imagine Midoriya encountering a vigilante like Knuckleduster (who himself operates without a quirk). and going that way, if he hadn’t been chosen for One for All.

But Watchmen has even more to offer fans of My hero academia. With its prequel status, Watchmen offers a glimpse of All Might in his prime, before his injuries so restricted the time he could spend transformed. Many other familiar faces, such as UA teacher Aizawa and Ingenium, Tenya Iida’s brother, also play a role in the story. Even some villains like Hero Killer Stain who didn’t focus enough the first time around have a chance to expand. There are also major events that influence the main series that are shown through Watchmen, providing additional context.

While the creative team behind Watchmen is different as this story is written by Hideyuki Furuhashi and illustrated by Betten Court, it manages to capture much of what the original did My hero academia so loved. The story has a somewhat darker tone: the first group of bad boys the trio has to deal with makes threats of sexual assault, and Knuckleduster draws heavily from more violent comic heroes like the Punisher. This also extends to the setting and atmosphere, as Koichi’s house and its main operating location are a freestanding shack atop a dilapidated building. There are a lot of abandoned buildings in the area, and the whole place is pretty run-down, making it the kind of place where one might expect low-level villains to gather.

While My hero academia hasn’t shied away from dark themes, fans who prefer older characters and a more serious tone will likely enjoy Watchmen, and its monthly release schedule makes it pretty easy to keep up. My vigilant hero It is currently serialized in English via Viz’s Shonen Jump app, and is also compiled in physical volumes for those who prefer a pocket-size style.

Next: My Hero Academia Reminds Fans That War Has Consequences