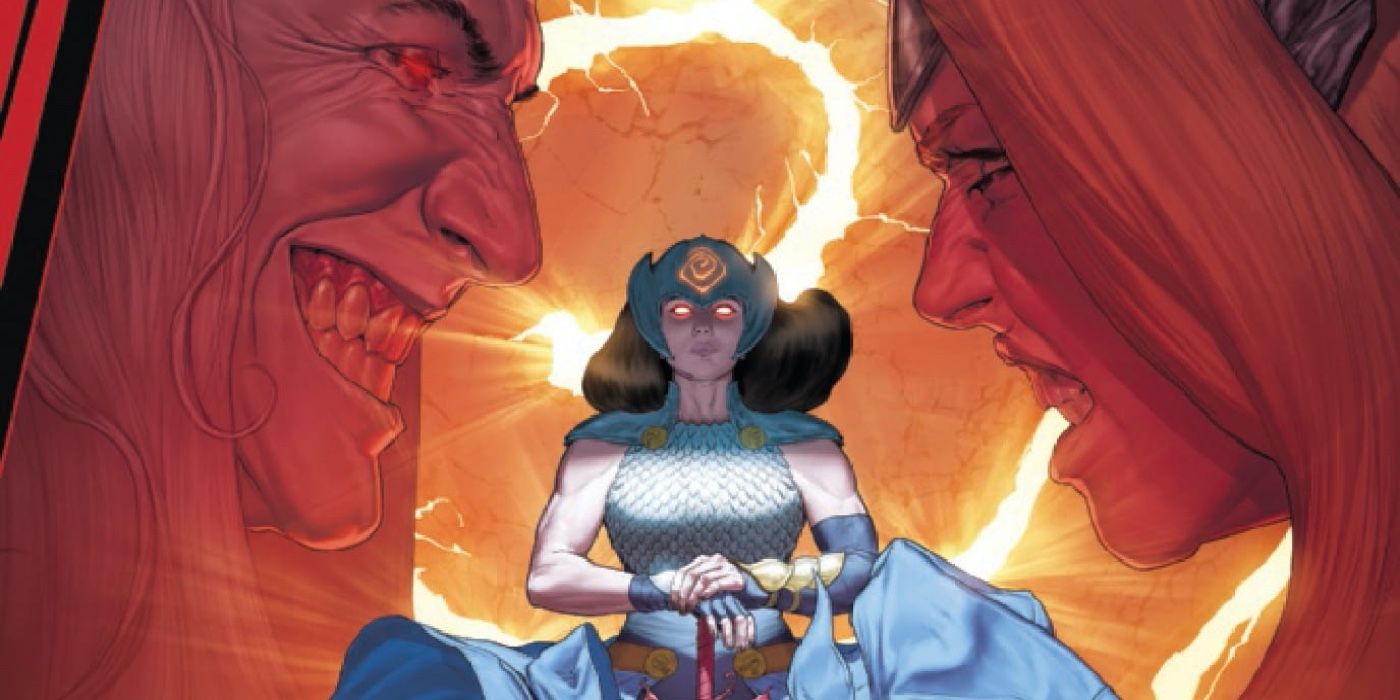 The Necrosword is the King in Black’s most powerful weapon, and Jane Foster and the rest of the Valkyries are about to try to take it from him!

Spoilers for King in Black: Return of the Valkyries # 4 ahead!

The King in black His greatest weapon, his Necrosword, is about to be seized by the Valkyries, a move that will turn the tide of the battle against Knull and his forces. In a preview of King in Black: Return of the Valkyries # 4, readers see Jane Foster and the rest of the Valkyries mount a dangerous mission, one that could free the souls of the Sentinel and the other victims of the King in Black.

In previous issues, Jane Foster of the Valkyries, a group that leads the spirits of the fallen to Valhalla, escorts Sentry, one of Knull’s first victims in the current saga, as she confronts the decapitated body of a Celestial. who turned out to be one of Knull’s previous victims. This corrupted Celestial fuels the energy of Knull’s primary weapon: his Necrosword. In turn, the Celestial feeds on the souls of the sword’s victims, and the Sentinel was now destined for it. During the course of the fight that followed, the soul of a Valkyrie believed to be lost was able to break free from the Celestial and joined Jane Foster in battle, but the Sentry was lost to the Celestial in the process. The two Valkyries then joined forces with Dani Moonstar and Hildegarde, the same former Valkyries, and put together a plan to separate the King in Black from the Celestial.

In this sneak peek of the issue, written by Jason Aaron and Torunn Gronbekk, with art by Nina Vakueva and colors by Tamra Bonvillain, Jane and Dani implement their plan, and the closer they get to the Celestial, the more they hear the cries of the Necrosword Victims. Jane Foster tries to tune them out and focus on Sentry, but the chorus of voices is too much for her. The Valkyries continue their fight against the Celestials and are joined by the previously thought lost Valkyrie. Jane continues to hear the cries of the victims of the King in Black and regrets that she cannot do anything for them; she is eventually distracted and attacked by a symbiote when the preview ends.

The fight doesn’t seem to be going very well for Jane and the other Valkyries. They lost the Sentinel, as well as Hildegarde, and Jane was being engulfed in a symbiote goo at the end. But now they are in the Necrosword, and they have the best chance yet to sever their connection to the King in Black, and since that is their main source of power, it would spell doom for Knull and his hordes of symbiotes. In addition to the many tactical mistakes the King in Black made in the beginning, this could spell the end for Knull.

The King in black Necrosword is their most powerful weapon, one that has sent many innocents to a fate worse than death, and the Valkyries now have a chance to end their reign once and for all.

Next: DC’s Darkseid vs. Marvel’s King in Black: Who Would Win Their Cosmic Fight?