10 most iconic looks from the Studio Ghibli movies 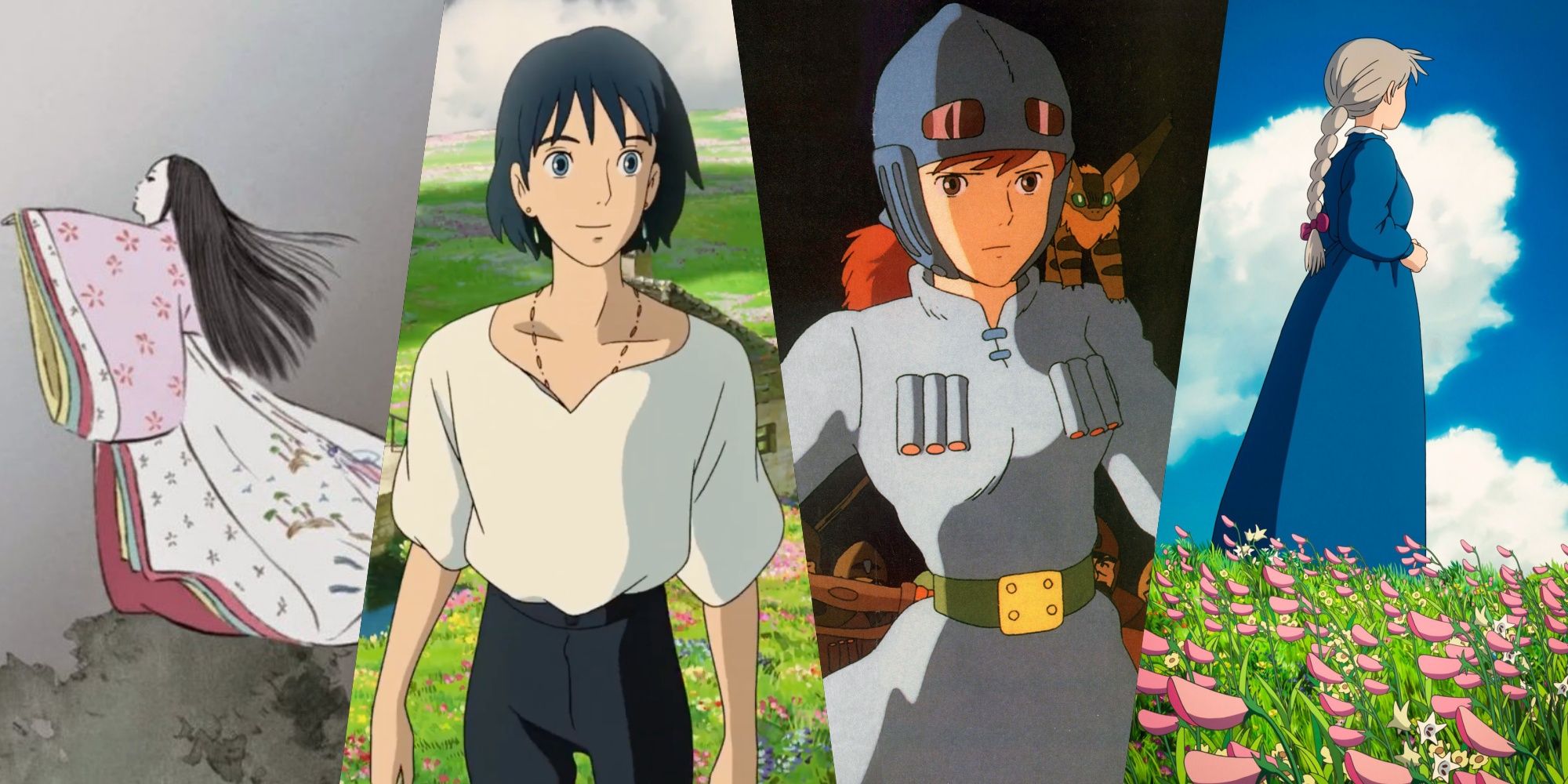 It’s no wonder that Studio Ghibli films have continued to permeate audiences’ minds and imaginations, regardless of age or nationality. Whether or not a viewer is an anime fan seems to have no effect on how memorable the immense efforts of the studio and its top filmmakers Hayao Miyazaki, Isao Takaha, and others have become.

The notoriety of the studio’s releases has also spawned a host of fanart and cosplays. From the atmosphere to the surroundings, people have been immersed in adventurous, fantastic and nostalgic worlds. The characters are so unique and adorable that they have remained some of the most dressed and designed animated characters of all time, and as a result, many love to recreate their iconic looks.

Set during the Heian period in Japan, Princess Kaguya is dressed in the beautiful dresses or kimonos of the time. She goes through a few, marking her fascinating but also tragic transition from the magical adoptive daughter of a poor bamboo cutter and craftsman in a small town to an isolated and lonely teenage destiny when she lives like royalty.

Kaguya’s transformation into traditional makeup involves painting her teeth black and plucking her eyebrows, as was the imperial custom of the time, and she seems to enjoy and appreciate her nature-themed kimonos. Her most noteworthy look is her flowery kimono and the underwear she wears when she visits the cherry blossoms for the last time.

Dola is one of the funniest characters in all of Ghibli-dom. She is a powerful, confident, assertive, and mindless pirate captain who ends up playing a very important role in the protagonists’ journey in Castle in the sky. Anyone should aspire to be the shameless leader, as she has had an incredible and notoriously long career as a sky pirate, a long-lasting relationship, and is capable of fighting a team of clueless men to steal expensive goods.

Her character’s design reflects her aura, as her long, bushy, reddish-pink hair is pulled back in huge braids and she is dressed in rich jewelry and a stylish yet breathable jumpsuit with boots ready for action.

Princess Mononoke has practically lived her entire life in the woods. Representing her upbringing by the Wolf God and her love and respect for nature, as well as her warrior status, the young woman dresses in war paint and accessories that appear to be made of bone.

Her garments are both decorative and practical, as she appears to be intended to empower and intimidate through her status as a highly skilled hunter, killer, and defender of the forest. He also tends to wear a mask.

7 Haku and Jinbei’s Haori jacket: far from the spirit

The beloved and memorable Haku River Spirit is seen in the same garments throughout the film, while in his human form in Made disappear. But what makes him memorable, aside from the impressive facets of his character, is how different his design is compared to the usual Ghibli character, probably due to his alter being that of a legendary creature.

His eyes are narrower and green in color, while his hair is kept in a clean, sharp lock. She wears a white Haori jacket and a purple Jinbei sash, different in color but similar in design to Chirhio’s uniform that they give her when they put her to work.

Sophie Hatter from Howl’s Moving Castle is one of the most relatable characters, as it is true that she feels insecure about her decidedly simple appearance. She hides her hair under a hat and wears a simple blue dress, which later transforms after being cursed to become an old woman and slowly recovers as her confidence and self-assurance increases.

With the help of Howl’s magic, Sophie’s dress becomes brighter and the fabric appears to be of higher quality. Her hair also changes from brown and gray (with age) to a bright silver as she falls in love and persists in protecting her new family.

Sheeta, for most of Castle in the sky She is dressed quite simply, in a long muted purple dress, braids, and a headband. The most interesting thing about her appearance is her highly coveted magic pendant that has been in her family for generations. This is the case until, after being taken in by Dola’s pirate group, Sheeta goes to work and is given new clothes that allow her to move more freely and in a practical way.

With humor, Dola, who is a large and muscular adult woman, hands him the pants and the parachute-shaped blouse. This forces Sheeta to get ready and tie her clothes to make them fit better.

Chihiro’s two outfits in Made disappear She shows enormous duality in her character as she transforms into a more understanding, compassionate, responsible, and mature teenager. Starting and ending with her first outfit, Chihiro is dressed in simple and relatively contemporary pastel summer clothes, including a white T-shirt with a soft green stripe and salmon-pink shorts with yellow sneakers.

These clothes also help represent her loss of identity when Yubaba later renames Chihiro “Sen” and is given a pink uniform and a Tasuki cord to tie for when she is put to work. Haku, her ally, presents Chihiro with her old clothes to remind her of her true name and identity before she loses them.

3 Nausicaä Protective Monkey – Nausicaä of the Valley of the Wind

Similar to Princess Mononoke in her athleticism, build, and need for practical, breathable clothing, Princess Nausicaä is dressed in a lightweight blue jumpsuit outfitted with helpful pockets, light tan tights, and sturdy boots. Her uniform resembles that of the messiah from an ancient legend / prophecy that she comes to fulfill, aiding in the metaphor and likeness of Nausicaä as a savior.

RELATED: 13 Studio Ghibli Fan Theories That Will Blow Your Mind

She also wears a protective mask that helps her breathe when she visits the deadly toxic jungle, driven mad by poisonous spores. The outfit is likely to be very streamlined as well, as she often travels using her lightweight flying device and carries things like weapons with her. Lastly, it is also complemented by red jeweled earrings.

Like most children, Kiki begins to show her need and desire for independence after rebelling against the witch dress her mother had given her. Despite her protest, Kiki wears the dress anyway, in dedication to her mother and tradition, as she adorns it with the large bright red bow on her head.

The style makes Kiki look like the perfect and fearless witch that she is and eventually becomes her trademark in Kiki’s delivery service.

One of the most costumed, if not the most cosplayed, Ghibli characters of all time, Howl’s fashion sense has appealed to audiences alike. Not only is he handsome and can be charming, but he has a rich variety of clothes and style.

When it first appears in Howl’s Moving CastleHe is adorned in a stylish jacket with a brightly colored design and his hair is dyed blonde. Later in the movie, it is revealed that her hair is actually black (or dark blue). Throughout the film, he is dressed in high-waisted dark pants, a white blouse, and jewelry, including earrings and a pendant.

NEXT: 10 Non-Studio Ghibli Movies To See If You Love Their Movies


next
MCU’s Winter Soldier: 10 hilarious memes that will make you die laughing