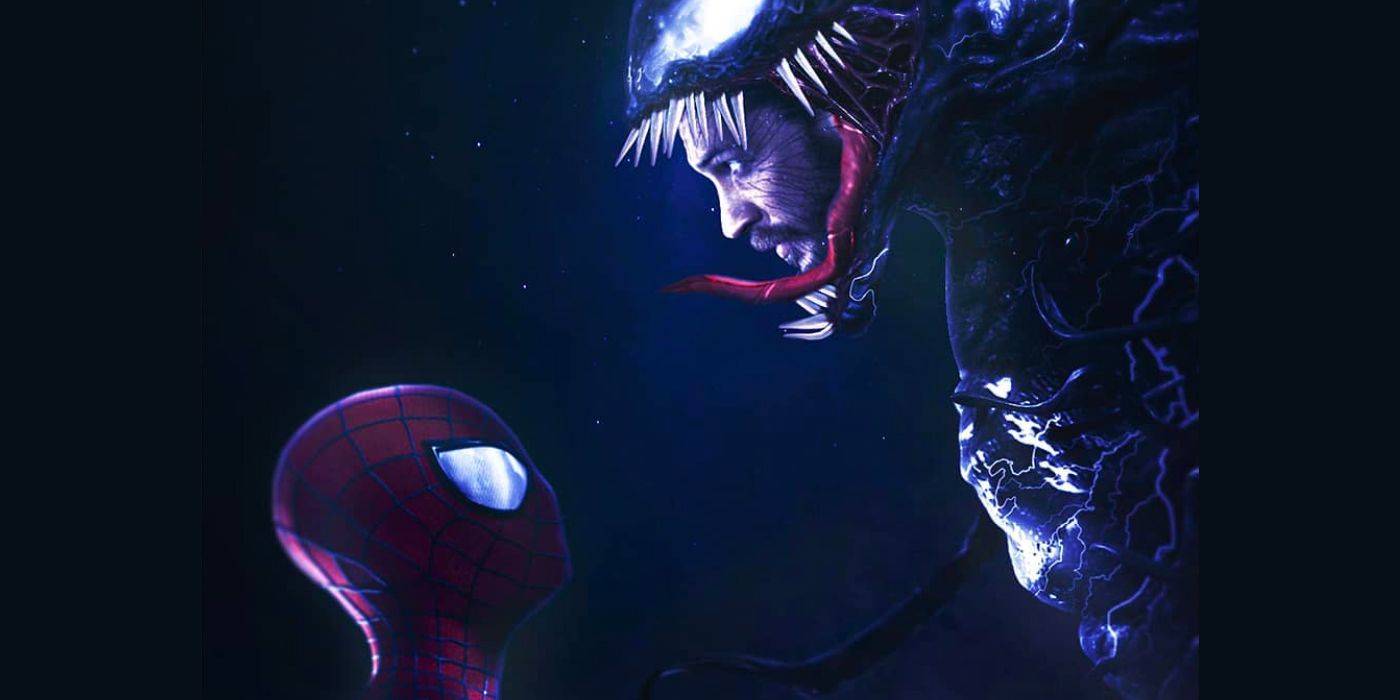 Andrew Garfield’s Spider-Man from The amazing Spider Man and Tom Hardy Poison from the movie of the same name, facing each other in an amazing new fan art. Garfield starred in just two movies as The Spider Web Hero, just one less than Tobey Maguire in the Sam Raimi trilogy. The Sony version of the franchise was supposed to have a third and fourth film, as well as spin-offs centered on Sinister Six and Venom, but poor performances caused public powers to abandon the iteration in favor of Tom’s portrayal of the character. Holland as part of the MCU. The villain-centric spin-offs were subsequently redesigned in their own separate timeline.

Hardy played Venom in the repurposed spinoff, released in 2018. A solo role had been in the works for the character since the ’90s, so the movie was a long time coming. Well known to superhero fans for providing the most iconic version of the Batman villain Bane to date, Hardy played a particularly monstrous-looking Venom who is actually an anti-hero.

Related: Spider-Man 3 May Prove Andrew Garfield Was A Great Spider-Man

See also  Godzilla vs. Kong shot enough for a 5 hour cut, but don't expect to ever see it

The most impressive thing about art is how realistic it looks – it’s hard to tell at first glance whether it’s an edited screenshot or not. The tendrils of the symbiote stretch around Spider-Man staring into Venom’s gaping jaws, from which Hardy’s tortured face emerges. This is a moment captured just before a fight breaks out on the edge of his seat in New York City.

It’s a shame fans have never seen Garfield’s Spider-Man take on Venom. The amazing Spider Man is the shortest of the Spider-Man iterations, though it lives on in spiritual successors like Poison. If Garfield were up against a Venom, it probably would have been Hardy’s. As Garfield is expected to appear in Spider-Man: No Way Home, Gürocak’s artwork may not just be an illusion. Although fans are much less sure that Hardy’s Venom will appear in the movie, Holland will be in Venom 2: Let there be carnage. Garfield and Hardy may still clash as Spider-Man’s canons become more and more intertwined.

Fareid El Gafy recently graduated from New York University’s Tisch School of the Arts, where he majored in Film, Television, and Politics. He was bitten by the journalism virus while working as a film and television editor for Washington Square News. He loves to make movies and write about them. If it’s upbeat, you’ve seen it. Follow him on Twitter @fareidelgafy and you may have the courage to start tweeting.