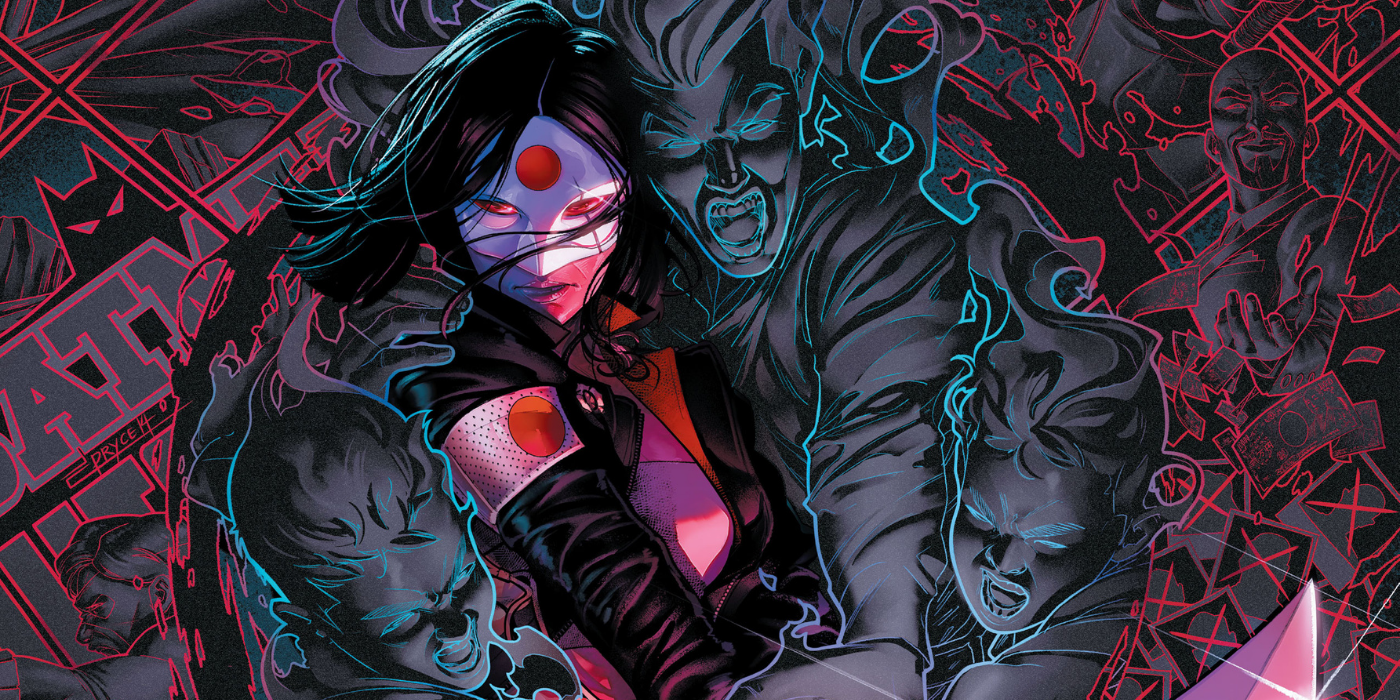 Award-winning screenwriter and novelist John Ridley has made a decisive mark within mainstream comics as one of the most thoughtful writers working in this field today. Ridley’s first work in the world of comics was the 2006 miniseries. The american style for Wildstorm alongside Georges Jeanty and Karl Story, and has recently rewritten memorable shots of iconic characters like Batman and Superman. One of his most notable contributions was Tim “Jace” Fox’s introduction of Batman in Future state: the next Batman and The Next Batman: Second Son.

Ridley recently sat down with CBR to discuss the latest issue of The other story of the DC universe, a series of standalone stories depicting the struggles of outcast DC heroes throughout the years. With illustrations by Giuseppe Camuncoli and Andrea Cucchi, the first issue told the stories of the African-American hero Black Lightning, while the second issue explored the story of the Guardian of the Teen Titans and his wife, Bumblebee. The latest issue examines the story of the Japanese-American superhero Katana (Tatsu Yamishiro) as she struggles with a life of pain as she struggles to form an identity for herself.

CBR: You have mentioned previously that much of your work comes from your personal experience. The last issue of The other story of the DC universe tells the story of Katana, who is an Asian heroine. What was your inspiration to tell your story?

John Ridley: Much of the inspiration was drawn from personal memory. In the 1980s, there was an increase in xenophobic fear and hatred of the Japanese. I remember visiting Japan in the late 80’s and talking to Japanese people who just couldn’t understand why Americans were so scared of them. It seemed that after World War II, America needed to have an adversary and a bogeyman. There were so many things in that time period that I remembered and thought were really interesting.

Tatsu is a really unique character and he was created in the 80’s, during that time period, but his stories were never about what it would really be like to be Japanese in America; to be someone who wanted to defend something and wanted to represent values, reaching a place that exists as the beacon of democracy for the world but does not necessarily practice what we preach. So all of those aspects, as well as the fact that Tatsu was born in pain, even though her pain has never really been woven into her narrative, made her an interesting character to write about.

With everyone in it Other story, and particularly with Tatsu, there are all these ingredients for a great character. Why not collect them and use them in the service of building character? I think that is exactly what we are doing in Other story # 3, taking your narrative and making it unique.

The CBR: Katana story highlights some of the similarities between the Asian American and African American communities. Were you specifically trying to bring that out into the open on this topic?

Ridley: All of these stories are bringing aspects of marginalization to life, and there are some things that are very pervasive for marginalized communities, such as bigotry, bigotry, and issues of politics and gender orientation. Bigotry and bigotry can happen to anyone, but there is a history of it among black and brown communities, as well as between the Asian community and the LGBTQ community. The challenge is to make people understand that even though hate is bad when it happens to someone, there is a history of it within the specific demographic.

America is really good at refining its bigotry and bigotry because we have so many different kinds of people here. This country has done quite a remarkable job of publicizing that slavery was different from Japanese internment. But when rights are taken away and people are rounded up and put in specific places, it is because of intolerance and hatred. I never want to compare slavery to internment, but people have to understand that there is a lineage in this country. And the prevailing culture does not understand that something as simple as not being able to obtain medical care is a denial of rights.

A part of this series talks about discrimination, alienation and marginalization. Each topic gets more specific about how this plays out for different people. This issue looks at how Asian Americans have been affected, and in issue four we delve into the story of Renee Montoya and how this plays out in the LGBTQ community. What i want to do with The other story of the DC universe There is talk of widespread bigotry and bigotry and the ways in which he has been incredibly specific when it comes to marginalized communities.

CBR: What can readers expect of the last three issues of another story from the DC Universe?

Ridley: People have really appreciated the first issues and I hope there will be more of the same. This series does not shy away from painful conversations. He holds all of these individuals heroic, not because of their powers or their commitment to justice. For these characters, it’s not just about powers, it’s about the belief in being inspirers and catalysts for change.

There’s a reason comics are wish-fulfillment. And for me, it’s not just because I wish I could wake up in the morning and have all the powers of Superman, or be The Flash or Black Lightning. Wish fulfillment is that you see people who refuse to give in to their circumstances and refuse to be marginalized in any way. Even when it comes to Batman, Bruce Wayne realizes that having all the money in the world doesn’t protect you. And you choose not to use your money to isolate yourself. Now there is the joke that Bruce’s power is that he is super rich, but in reality he is a super rich guy who is committed to change.

I want these stories to be stories of heroes. When the first issues came out and people asked me what the series was about, I said it was five stories of hope. Sometimes hope comes from a very difficult place. John Lewis was a person who inspired many, but his life was not easy. He did not choose to conform. He didn’t just say he wanted civil rights and let someone else lead the charge. It was a difficult and painful time, but we are in a better place thanks to people like John Lewis. And the same can be said for anyone who chooses not to be limited by their circumstances and is determined to fight for something. When it comes to things like civil rights, equal rights, legal rights, and equal marriage, if everyone doesn’t have it, no one does.

This past summer, black and brown people took to the streets defending, but we must also advocate for any other demographic that is marginalized. So I hope that with these books people will better understand themselves and better understand people with different life experiences. I want these books to be reminders that hope and change are positive things and will only happen if we fight for them. We have seen that the other side does not care. They will fight it, lie and demonize the proponents of change. They are in an active process of denying voting rights at this time.

If there was a part of pop culture that was going to change the world, someone else would have done it by now. I hope there is some promotion here, but it is done in a way that invites reading and ingratiates itself with the audience. Honor the heroes of the past and inspire the heroes and storytellers of the future. This is what people can expect. The final themes are more of the same, only better and more hopeful every step of the way.

CBR: There is a theme in the Katana story that focuses on identity, particularly not letting anyone else define your identity. Does this aspect of the story come from your own personal experience or another source?

Ridley: It’s a lot from my experience and it’s a message that I would give to anyone. Never let someone else define you. For me, that is the most fundamental thing in life. For anyone, whatever their origin, it is very easy to be included in history, to claim to be a child of this or that decade or generation. I think we should do everything we can to stand out as individuals. I’m not talking about standing out as a way to get millions of followers and millions of likes, but as a worker towards greater change, and that happens when we see ourselves as individuals.

There is so much anxiety in the world today because it seems that we are all caught between forces that we cannot control. And even if it’s something as small as fitting in at school, it’s not so much about fitting in, it’s about bending everything else around you to recognize yourself as an individual and be who you are. I’m not saying you should throw your elbows at other people, of course, but be calm with who you are. Don’t worry about fitting in, don’t worry about trends, don’t worry about tweets, likes and all that. Cancel culture only works if it can be canceled, and if it is an individual, it cannot be canceled. If you are a person who exists to be liked and upvoted and all that sort of thing, then you depend on the masses. Individuality is being proud of who you are and standing up for yourself and others.

There is nothing more precious than self-determination. I really do. And that’s absolutely the theme that I want to convey in these stories. In the story of Mal and Karen from the second book, Mal was so interested in being the first black hero, impressing the Teen Titans, and being part of the crowd. Then it got to the point where he decided that being a good partner to his wife and a good father to his son was more important. We forget that being a decent person is the most heroic thing people can do. That is one of the great messages of this series. We see that at the end of book three, when Tatsu accepts the mantle of being an Outsider and agrees not to fit in. So that’s absolutely one of the most important themes in these books: be who you are and be proud of it.

The Other History of the DC Universe # 3, by John Ridley, Giuseppe Camuncoli, Andrea Cucchi and Jose Villarrubia is out now from DC Comics.

Read on: Teen Titans: Why Deathstroke Is The Real Villain Of The Judas Contract

Green Arrow shows how dangerous Batman is: the villain of the animated series