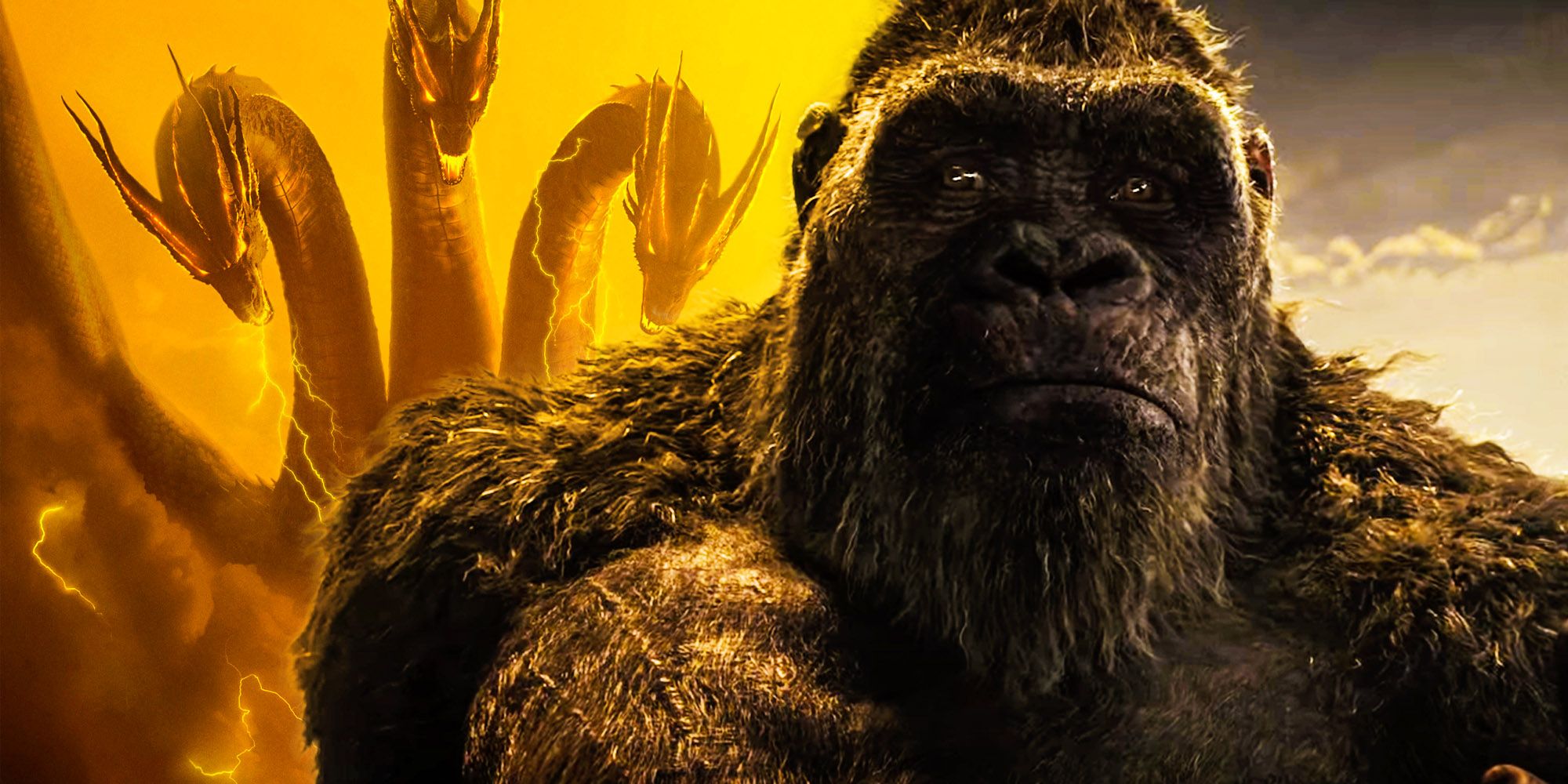 Godzilla vs. Kong draws the great ape’s story in parallel with King Ghidorah’s false backstory to crown Kong as the MonsterVerse’s true King.

In Godzilla vs. Kong, the legendary ape is given King Ghidorah’s origin, but the film goes on to reveal that, unlike the villain, Kong truly deserves to be called a king. The monster team-up reveals quite a bit about the two title monsters en route to their decisive battle, at least as they exist in Warner Bros. ‘ MonsterVerse series. The movie advances both Godzilla and Kong’s narratives, but Kong, in particular, attains a larger significance through his journey to the Hollow Earth. Kong’s backstory ends up sounding similar to that of the chief villain of Godzilla: King of the Monsters, King Ghidorah, who has typically been one of Godzilla’s foremost adversaries. The comparison also reveals a hidden rivalry between Kong and Ghidorah that is resolved in Godzilla vs. Kong‘s climactic battle

Continue scrolling to keep reading
Click the button below to start this article in quick view.

In King of the monsters, Ghidorah and Godzilla battle over who will be the “alpha” that all of the other titans obey. The three-headed Ghidorah is said to have been the ancient alpha who commanded the monsters in a bygone age. However, research by Doctor Serizawa reveals that Ghidorah is from space, making him not even a member of the ancient race of titans, much less a ruler. This twist draws on the changing nature of Ghidorah’s origins in the original Toho movies. Ultimately, Godzilla defeats Ghidorah with the help of Mothra, cementing his status as the “alpha” of the MonsterVerse. At least until Kong comes along.

Godzilla vs. Kong sees the giant ape travel from Skull Island to the underground world known as the Hollow Earth, where Kong and many other titans originated. While there, Kong finds a giant-sized throne and a war ax constructed from the scales of a Godzilla-like creature. Combined with the film’s references to an “ancient rivalry”, it seems that Godzilla and Kong’s ancestors battled for control of the ancient Earth – and, based on the throne and the nearby Godzilla-like skeleton, Kong’s species won. This makes him the heir to the position of alpha, and unlike Ghidorah, the rightful king of monsters despite him seeming to parallel Ghidorah’s arrival as an interloper.

Ever since Kong: Skull Island, there’s been speculation about why the MonsterVerse’s Kong isn’t called King. Godzilla vs. Kong that Kong needed to realize and claim his birthright before he could be a true King – and that he needed to prove his worth. The two battles between Godzilla and Kong, one under the water and one amidst the neon skyscrapers of Hong Kong, initially appear as Kong’s way to prove that he is the alpha titan. But ultimately to be crowned, Kong has to defeat a different enemy: Ghidorah.

While he was apparently killed in the climax of King of the monsters, Ghidorah re-appears as a villain in Godzilla vs. Kong, with his severed head taking control of the robot MechaGodzilla created by the Apex Corporation. While Godzilla uses his atomic breath to super-charge Kong’s ax, it is ultimately the ape who deals the final blows, culminating in a very satisfying destruction of MechaGodzilla. This ending not only plays on Kong being passed over to fight Ghidorah in the prior movie, but means that Kong has destroyed the false king Ghidorah to cement his position as an alpha titan.

Understanding the links between Ghidorah’s supposed backstory and Kong’s real ones makes the finale of Godzilla vs. Kong more satisfying. In order to make clear his right to be King, Kong had to defeat the pretender – and ultimately it was Ghidorah, not Godzilla, who laid claim to that title. While the movie ends with an uneasy truce between the two titular titans, it is Kong who has earned the right to his famous title.

NEXT: How Godzilla Vs Kong Sets Up Godzilla 3

Rob Hutton is a feature writer for Screen Rant. He has a PhD in English and has previously been published by both academic and popular publications. Rob is a lifelong fan of science-fiction and fantasy. In his spare time Rob watches old television, watches weird movies, and writes an unpublishable novel.