Avatar: the Last Airbender: 10 episodes to see if you miss Zuko and Iroh 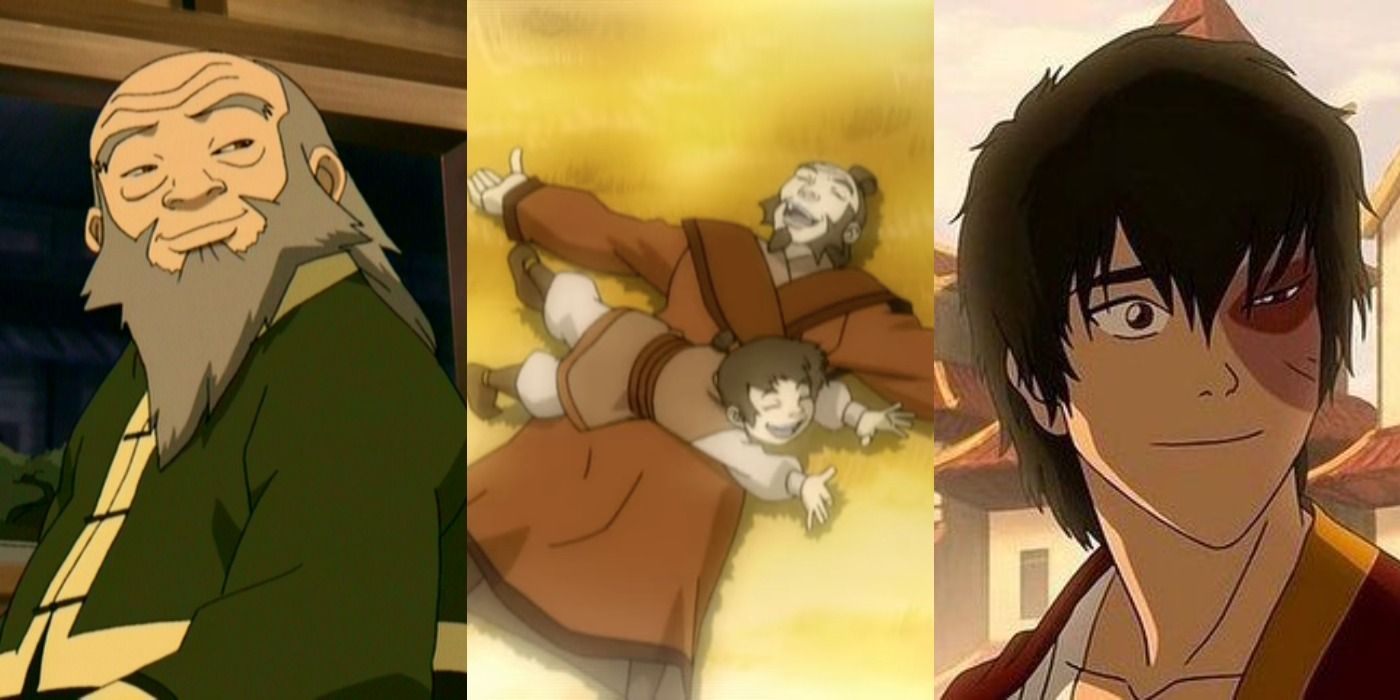 There’s a lot to love for Nickelodeon Avatar, the last airbender, and perhaps the most beloved aspect of the acclaimed series is its characterization. There are a couple of iconic characters in the series that demonstrate growth and complexity perhaps better than any other: Prince Zuko and Uncle Iroh (aka The Dragon of the West).

The odd couple fit the bill perfectly, with the elderly Iroh acting as a jovial comic contrast to Zuko’s fierce and brooding nature. The uncle-nephew duo go through quite a few ups and downs and various transformations throughout the series, from disgraced Fire Nation fugitives to celebrated royals and vice versa.

This will be one of the most heartbreaking episodes for fans of Zuko and Iroh’s generally unbreakable bond. After his betrayal of Katara and Iroh at the end of season two, Zuko has resumed his tenuous royal status in the Fire Nation. For his actions defending the Avatar, Iroh has been disgraced and imprisoned.

Zuko visits his uncle twice and tries to apologize, rationalize, and even seek advice about his hunch that Aang is still alive, but, beyond a single tear, Iroh won’t recognize him. Although they exchange relatively few lines in this low-key episode, the silence between the previously close couple says it all.

Fans can see Iroh in his silliest form in this episode from the first season, where he and Zuko’s personalities collide with comedic effect. The eccentric older spends the entire episode worrying about a missing Pai Sho token, even diverting Zuko’s ship to dock in a city and search for a replacement.

As Zuko teams up with, and is soon faced with, local pirates who hunt down Katara for stealing an expensive scroll, the vast difference between his motivations and Iroh’s becomes clearly visible. As Zuko’s ship is stolen by pirates chasing Team Avatar, the Prince is furious as Iroh laughs and realizes that his Pai Sho token was up his sleeve the entire time. It’s a brilliant characterization that sets the couple’s full arc for the rest of the series.

In this episode set in Ba Sing Se, remembered as one of the show’s most tragic for its depiction of Jet’s death, Zuko finds himself approaching a spiritual crossroads, with his quest to capture the Avatar balanced by Iroh’s claims of that he should seek peace and happiness. .

As Iroh plans to open his own tea shop in the city’s Inner Ring, Zuko discovers that Aang is in Ba Sing Se and, against Iroh’s advice, re-adopts his Blue Spirit disguise to haunt him. At the end of the episode, Iroh convinces Zuko to get rid of the alter ego (and the notion of pleasing his father), marking a significant, if temporary, end to Zuko’s central quest.

A great change in Iroh’s character occurs when his membership in the Order of the White Lotus is revealed. It turns out that the revered Fire Nation general responsible for the legendary breaching of the outer wall of Ba Sing Se has since become a Great Lotus in the secret society dedicated to sharing knowledge and training the Avatar across national borders.

RELATED: Avatar: The Last Airbender: 5 Characters Fans Would Love To Be Friends With (& 5 They Would Rather Avoid)

In “The Desert”, Iroh convinces Zuko to stop at the Misty Palms Oasis, where his status in the order is revealed and where his allies convince him that the pair must seek refuge as anonymous residents of Ba Sing Se. It’s one of the first times that both Zuko and viewers have seen that there is more to Iroh than meets the eye.

As disgraced members of the royalty of the Fire Nation and with a bounty on their head, Zuko and Iroh begin a peaceful and covert life in Ba Sing Se in this episode.

They manage to find work at a tea shop, and Iroh’s beers become the talk of the town, but the fan-favorite character from the first season, Jet, finds them and goes on a quest to prove they are. firebenders. It’s a long way from his quest for the Avatar in season one to see Zuko and Iroh enjoy a dash of normalcy, let alone Aang and honor nowhere. Not only is Iroh absolutely in his element, but a softer, more likable side of Zuko emerges as well.

Zuko is truly humanized for the first time in the series in this story-rich episode. When Zuko collides with his crew aboard his Fire Nation ship as a symbolically charged storm brews in the sky, Iroh struggles to teach disgruntled soldiers about the Prince’s story.

Fans get a taste of Iroh’s exceptional speaking skills when he describes young Zuko’s insubordination during a court martial meeting that resulted in his father, Fire Lord Ozai, scarring his face with a blast of fire. Not only does this episode reveal details about Zuko’s backstory, it also hints at the deep empathy Iroh has for his disgraced nephew.

The penultimate episode of the second season finds Zuko and Iroh in one of their happiest moments until, to no one’s surprise, Princess Azula interrupts the good times. Iroh eventually opened his own tea shop, the Jasmine Dragon, in Ba Sing Se and, after caring for Zuko through an identity crisis and illness in the previous episode, he and his nephew are finally on the same page.

They get along like fans have never seen before, and Zuko eventually forgot about his desire to catch the Avatar in order to regain his honor in the Fire Nation. Unfortunately, when Katara discovers her presence in Ba Sing Se, she inadvertently reports it to a disguised Azula, who, at the end of the episode, has tricked her uncle and brother into serving tea at the royal palace.

After nearly an entire season apart, Zuko and Iroh have an intensely emotional reunion in the second part of the show’s four-part finale. After Zuko has trouble locating Aang, he recruits June to track down his uncle.

When Zuko finally finds Iroh with other members of the White Lotus at a hideout in the desert, he sits next to his uncle all night, feeling devastated by his own actions in the previous season. Always a source of wisdom and grace, Iroh tearfully and immediately forgives Zuko, and viewers can finally see the pair work together for a truly noble cause: liberating the Fire Nation from the tyranny of Ozai and Azula.

As Iroh escapes Azula’s trap at the Ba Sing Se royal palace, Zuko challenges her to a duel, but is captured and thrown into crystal-filled catacombs alongside Katara.

Azula claims that if he helps her capture Aang, he will return to the Fire Nation as a celebrated Prince. In one of Zuko and Iroh’s most tragic moments, Zuko betrays his uncle and, to everyone’s surprise, sides with Azula. Although Zuko and Iroh have had their disagreements up to this point, this proves to be the biggest fracture in the relatives’ generally strong relationship.

Is one of AvatarThe most memorable episodes that slyly suggest similarities in Zuko and Aang’s seemingly different journeys. As Aang struggles to learn Earthbending from Toph, Zuko reunites with Iroh after leaving alone on “Avatar Day” and learns new Firebending techniques from his uncle.

Most memorably, Iroh teaches Zuko how to redirect lightning, a skill completely unknown to viewers at this time. It’s a pivotal moment packed with some of Iroh’s wisest advice, and the lesson proves invaluable in subsequent confrontations between Zuko and Azula, not to mention Iroh and Azula.

NEXT: Avatar: The Last Airbender: The 10 Best Things Aang Did

Kim is a movie and television fanatic with a background in student publishing and a BA in Film Studies. They are interested in experimental shorts, girl movies, reality shows, and more. In their spare time, you can find them looking at all of those things, walking their dog, cooking, and playing music.

admin
See also  Neither Peña nor Cienfuegos linked to the night of Iguala; FGR will determine possible responsibility for the 'historical truth': Encinas