10 anime villains who would thrive in the MCU 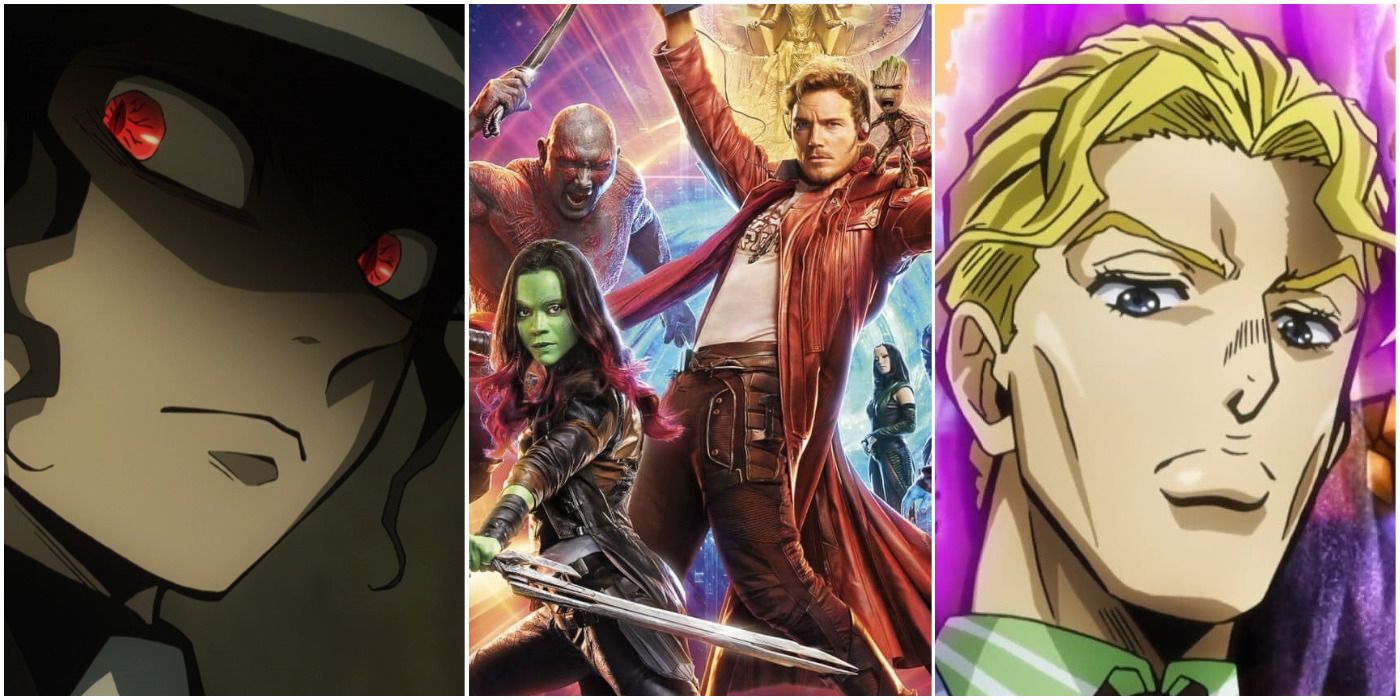 The world of Japanese anime is considerable, covering almost any genre or literary topic that a reader or viewer can think of. Of course, some of the most popular series are action / adventure, usually based on martial arts, science fiction, or fantasy. In many ways, these stories generously overlap with the dominance of American comics and, by extension, the MCU.

RELATED: 10 Most Dangerous Villains The Avengers Have Ever Fought

Since the late 1930s, readers have read about their favorite superheroes who defeated legendary villains like Thanos, the Mad Titan, Magneto, Doctor Doom, and many more. One might wonder: which anime villains are similar enough to Marvel villains that they feel comfortable being teleported to the MCU? Some of these villains are eager to challenge the Avengers or the Guardians of the Galaxy.

Ideally, an anime villain is poised to step into a world filled with spaceships, superheroes, computers, firearms, and more, and that means the most creative and resourceful villains will thrive. That includes Orochimaru, a scientific ninja who will sacrifice anything in the name of progress.

Orochimaru will never stop experimenting with new specimens and new routes to powerful jutsu, and in the MCU, this Sannin would have access to countless alien races, as well as humans, to experiment on. And you would also love modern scientific technology.

Overhaul is the head of the Shie Hassaikai organization and, like Orochimaru, draws his strength from having countless henchmen and test subjects (mostly Eri) at his disposal. Overhaul knows a thing or two about leading a criminal organization, and that would make him an excellent MCU villain.

On top of that, Overhaul is perfectly comfortable with modern society and technology, and his Overhaul Quirk is enormously powerful and would allow him to challenge any lesser Avenger and even some of the strongest.

The MCU is set in the modern world and even the future, so ideally an anime villain isn’t too used to the sword and sorcery setting, or they will be left behind. It also helps if the villain knows how to handle modern technology, politics, and military tactics, and Wrath aka King Bradley has all of this covered.

In the original story, Wrath was the president of Amestris and its army, and he never gave himself up as a homunculus until he was ready. That’s impressive, and in battle, he can wield sabers with incredible speed and skill, cut through bullets or tank shells in mid-flight, and read his enemies with the Ultimate Eye.

Also known as Mr. Zero, Sir Crocodile is an intriguing and gun enthusiast who would definitely have a good time in the MCU. Like many of the coolest villains in anime, Sir Crocodile was in command of an entire organization and sought the power of Pluto, a lost superweapon.

Sir Crocodile could easily rally and lead his own band of villains in the MCU to challenge any or all of the Avengers, and his ability to turn into sand will definitely (and unpleasantly) remind Spider-Man of Flint Marko or Sandman. But this time, the gritty villain is a ruthless pirate.

The Stand-wielding serial killer named Yoshikage Kira was the main villain of the The diamond is unbreakable story arc, and he knows how to blend in with ordinary society and cover his tracks like the criminal mastermind that he is. He couldn’t take on all of the Avengers at once, but ideally it remains under his radar anyway.

RELATED: 10 Star Wars Villains That Would Thrive In The MCU

At best, some local Avengers or heroes could follow Kira’s trail, like Spider-Man, the Falcon, or possibly Natasha Romanoff, but even if they find Kira, they’ll have to deal with her explosive powers, thanks to her Killer Queen Support.

5 Kuvira, the Great Unifier (The Legend of Korra)

In some respects, Kuvira would be like the next Magneto if he ended up in the MCU or Marvel comics, although his powers are based more on manipulating metal and earth than pure electromagnetism (Magneto can do more than control metal ). Still, Kuvira would have a good time in the MCU and would really make her mark.

Kuvira will have more than enough metal to bend while fighting the Avengers in New York City or similar settings, and her charisma and intelligence as a politician and military leader would serve her well in the modern world. Iron Man, be careful.

One of the creepiest villains in this series is the dreaded Yamori, a hulking ghoul who established himself as the terror of Tokyo’s 13th district, donning a hockey mask to emulate a certain horror movie classic. But you have more than knives at your disposal; Yamori has a kagune and can transform into an armored beast.

RELATED: 10 Superhero Movies With The Most Accurate Costumes

Like many ghouls, especially those in the Aogiri Tree organization, Yamori is adept at navigating human society and feeding on hapless prey without getting caught. And even if he was cornered by Captain America or Hawkeye, Yamori could fight his way through in his true lasting form as a ghoul.

3 Muzan Kibutsuji, the father of all demons (Demon Slayer)

Muzan Kibutsuji is the progenitor of all the demons in his world and unsurprisingly, he is very powerful and very adept at integrating into early modern Japanese society, with a fake family. It’s no exaggeration to imagine him doing all of this in the MCU and in 21st century society.

Muzan could easily slip under the radars of the Avengers and SHIELD in disguise, and he can turn people into demons to whip up an entire squad of bodyguards or soldiers if the Avengers or similar heroes find him. Taking him down would be a real fight.

Lord Boros fits the MCU like a glove, in part because he’s an alien overlord with his own spaceship, which fits the course in the MCU. If Thanos and Ronan the Accuser can have spaceships in the MCU, then so can Boros, and he could easily rival (or replace) the established baddies of the MCU.

In addition to his own space fleet, Mr. Boros has an incredible body that could stand up to Saitama himself, who is almost invincible. Boros could take on the mighty Thor, the Incredible Hulk, Captain Marvel, or Iron Man, and stand a good chance against any of them. The Avengers better rally quickly for this one.

1 The Laughing Man, The Master Hacker & Criminal (Ghost In The Shell: Independent Complex)

All of the heroes and villains in this cyberpunk anime franchise are perfectly accustomed to modern society and technology, and any of them would easily integrate into the MCU, a world that features Stark Industries, alien spaceships, and more. What about Laughing Man, the terrifying enemy of Section 9’s security forces?

The Laughing Man is a master hacker and criminal who ran circles around the law, arousing sympathy with his spits of frustration and anger at modern society and its many ills. Tony Stark and his friends would be very busy trying to hunt down this elusive computer genius, especially if the Laughing Man inspires enough fans and copycats along the way.

NEXT: 10 Shojo Villains That Were Right All The Time