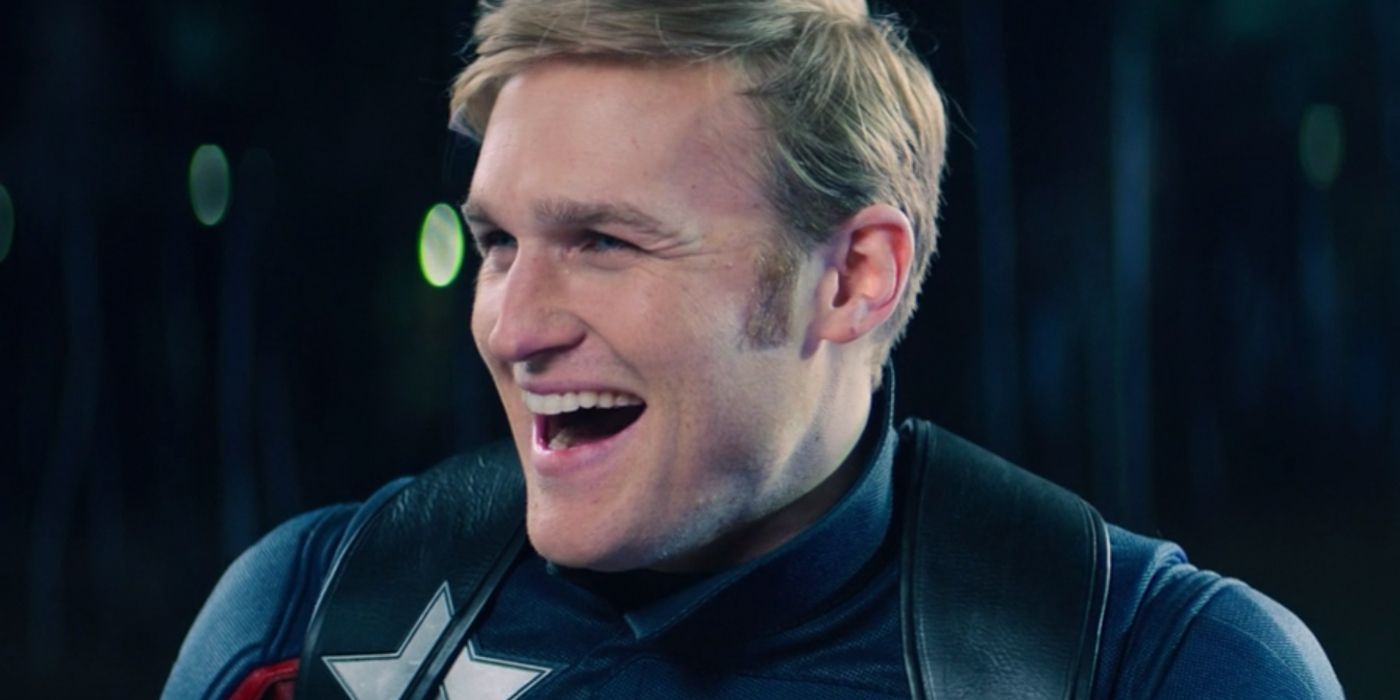 John Walker’s appearance on the new Marvel show The Falcon and the Winter Soldier has made waves for fans. Walker has become quite a divisive character not only in the show’s plot, but among viewers as well. Many fans share the sentiments that someone with Walker’s insecure vanity should never have taken the shield.

RELATED: Falcon and Winter Soldier: How (SPOILER) Could Be Linked to a Secret Invasion

Others may have felt he was justified in killing a Flag Smasher after Lamar’s death, seeking revenge for a fallen friend. The strong feelings about the character who replaced Steve Rogers have sparked many theories about him. While fan theories may be bizarre and exaggerated, there are actually some that make perfect sense.

After killing a member of the Flag Smashers in retaliation for Lamar’s death, John Walker is stripped of the title of Captain America. What is known as of now is that Walker still possesses the super soldier abilities and that Walker had been creating his own shield.

While John Walker’s direction looks grim, Patriot’s appearance from the Young Avengers is promising. Fans think we can see Elijah Bradley, played by New Amsterdam Elijah Richardson, become the Patriot of the show as we were introduced to your grandfather, Isiah Bradley.

RELATED: Who Is Isaiah Bradley And 9 Other Marvel Super Soldier Questions Answered?

Isiah was a super soldier during the WWII era. In the comics, Patriot’s grandfather transferred super soldier powers to Elijah through a blood transfusion. If Patriot shows up, it’s credible that we’ll see a showdown in the fight against Walker if Walker becomes the villain most people expect him to be.

8 Falcon will not become Captain America, leaving Walker as the only one in the series

Many fans reject the idea that Sam Wilson will not become Captain America. After all, he was Steve Rogers’ choice. But after Sam meets Isiah Bradley, an African-American super soldier who endured horrific experiments and mistreatment by the United States government, Sam feels conflicted about taking the shield.

For Sam, being Captain America is tricky as he has seen what America has done to black super soldiers. This reluctance due to past transgressions may prevent Sam from taking the shield, leaving Walker as the only Captain America to appear in the series by default.

7 John Walker and Lemar Hoskins may have a deeper relationship

Captain America and Lemar Hoskins were the other dynamic duo in TFATWS. Walker and Lemar (Battlestar) not only look at each other’s backs, they also lean on each other for moral support. After a few other visits, it is very credible to assume that Walker’s feelings for Lemar go beyond friendship.

RELATED: FATWS: 10 Things You Didn’t Know About Battlestar (In The Comics)

Lemar’s death unleashed a blind rage that escalated into a public execution and Walker personally delivered the news to Lemar’s family of his passing. Marvel is rumored to debut more LGBTQ characters in the MCU, with Bucky’s possible bisexuality causing a lot of speculation. It’s fair to speculate that Walker may have an unrequited love for Lemar.

Spectators enjoy an impressive performance by Contessa Valentina Allegra de Fontaine, played by Julia Louis-Dreyfus. After a high-ranking military council decides that Walker is unfit to be Captain America, Val approaches Walker at one of his lowest moments to make him an offer that Walker cannot refuse.

Val makes it clear that he sympathizes with Walker and states that when he calls him, it would be wise to respond. In the comics, Val is part of nefarious organizations like Hydra and Leviathan, even going so far as to become the second Madame Hydra. Given that Hydra is apparently no longer in the MCU, it’s unclear what he has planned for Walker, but it’s a safe bet that he will be involved with her given his limited options.

5 John Walker can take on mutants

There have been many rumors about the appearance of X-Men and mutants in The Falcon and the Winter Soldier. There has been a lot of speculation about how this would be introduced, but many believe that this is the series where the mutants will eventually join the MCU (see Madripoor’s introduction).

One of the more interesting theories is that there are Flag Smashers who are mutants rather than super soldiers. Given that John Walker is clear to the Flag Smashers, it’s not out of the question for a mutant to reveal himself during an inevitable conflict between Walker and Flag Smashers.

4 Bucky and Walker team up to defeat the Flag Smashers

The conversion of Bucky and John Walker into a team was considered one of the best theories by fans. Despite everything that happened with Walker’s expulsion as Captain, it’s still pretty credible. Right now, Walker needs all the help he can get.

Both Bucky and Walker want to defeat the Flag Smashers, but Bucky has been resisting the violent urges Walker gave in to. The problem with Bucky is that he still has flashbacks from the past and recurring nightmares about his crimes as the Winter Soldier. It’s quite possible that Bucky will back down and give in to mortally wound his opponents at Walker’s insistence. If Bucky resists therapy and allows his old self to resurface, it is possible that these two will form a deadly combination.

Fans have theorized about the possibility of these two coming together as a duo, forming Team Captain America. While they start out as bitter rivals on the show, they share an even deeper distrust of John Walker as Captain America, refusing to even work with him.

Bucky and Sam have fought Walker after the serum and will do so again if they have too. The two have grown to admire each other and still don’t want Walker to tarnish Steve Roger’s legacy any more than he already has.

It seems inevitable that Falcon and the international terrorist group known as Flag Smashers will have to band together to fight John Walker. Walker now has a personal vendetta against the Flag Smashers and Sam has already developed a relationship with Karli Morgenthau to try to convince her to disband the group.

Sam actually agrees with many of the points the Flag Smashers made, but disapproves of their violent methods. Falcon and Walker were never on good terms, which got even worse after the Captain America shield fight. Falcon / Flag Smashers versus John Walker is almost certain to happen.

One of the most sinister moments of omen occurs after Zemo smashes the super-soldier vials, and Walker secretly keeps one. After Lamar dies in a fight with Karli, John’s true colors come out in the heat of passion. Chasing down and killing a Flag Smasher in front of a crowd of people was one of the scariest parts of the series.

This murder caused Sam and Bucky to confront Walker and take the shield. The United States government also renounced its status as Captain America. While redemption isn’t impossible, it’s clear John isn’t going down a great path and Lamar’s death and fall from grace is too perfect a setup for a villain’s origin story. It should be noted that John Walker also gets very dark in the comics.

NEXT: 10 Ways Falcon And The Winter Soldier Is The MCU’s Darkest Show Yet


next
Naruto: 10 times Boruto was his father’s son

Brian Rabadeau is a comic book / cartoon nerd as well as a New York based comedian. He loves Batman, Star Wars, comedy, movies, and The Wu-Tang Clan’s music. He currently lives in Brooklyn, New York, where he spends his days thinking of silly things to say and write.

admin
See also  'Which Way to the Stage' Off Broadway Review: Drag Yourself to This Stellar New Comedy