The Lord of the Rings: Gollum’s 500-Year Evolution Explained 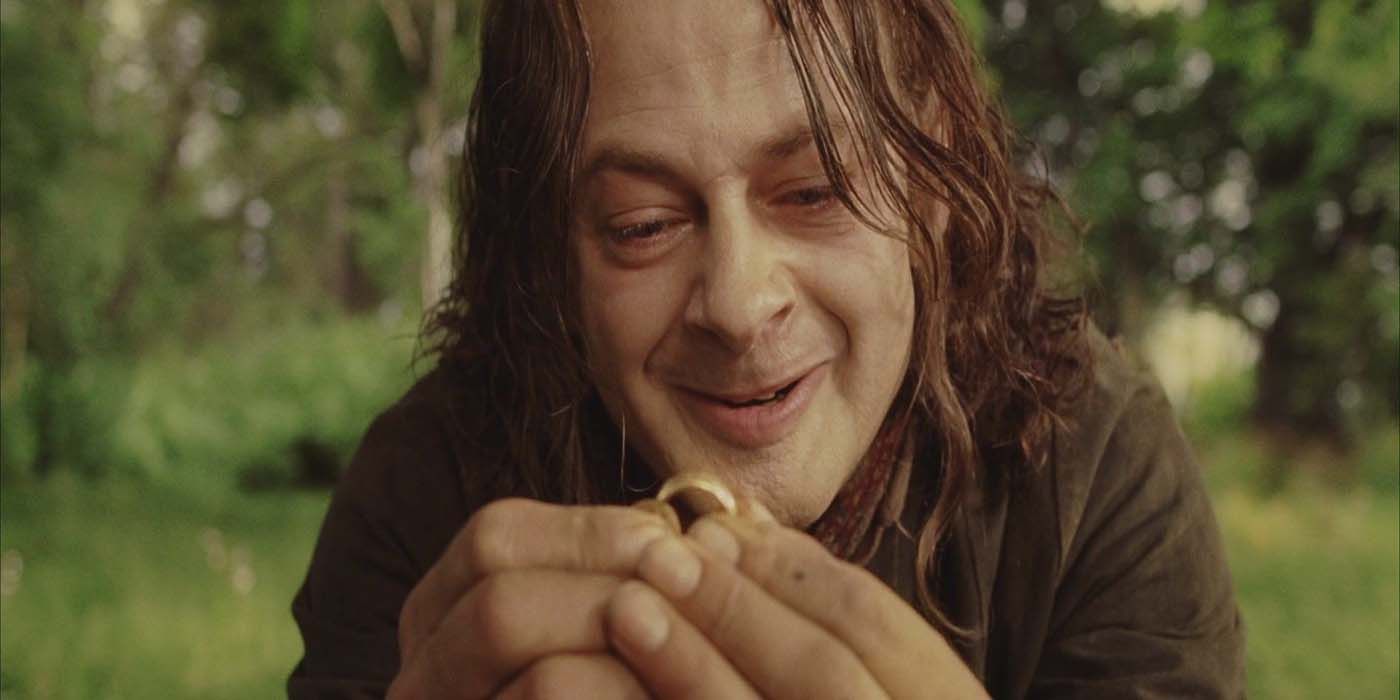 Gollum’s evolution from Stoor hobbit to fearsome cave dweller is a long story that the Lord of the Rings movies barely delve into.

One of the most iconic characters in The Lord of the rings The trilogy is Gollum, the creature that lives in caves and wishes for the One Ring. Peter Jackson’s adaptation of JRR Tolkien’s famous fantasy books gives Gollum an accurate representation. Unfortunately, you don’t get into Gollum’s rich backstory for more than one scene at the beginning of Return of the King. The transformation of Smeagol from a Stoor Hobbit to the corrupted slave of the Ring that we see in the movies takes a long time, as Gollum dies when he is 589 years old. There is a lot of his life that we don’t see in the movies that Tolkien covers in the books.

The Stoor hobbits were one of the first three types of hobbits from Middle-earth to inhabit the banks of the rivers in Gladden Fields. They were more than comfortable in the water and specialized as fishermen. Smeagol was one of these Hobbits, a distant cousin of the Shire Hobbits. It was while he was fishing with his cousin Déagol for Smeagol’s birthday that Déagol stumbles upon the One Ring, which glows from the bottom of the river bed.

RELATED: The Lord of the Rings: The Origin of Gandalf’s Horse, Shadowfax

Smeagol felt the power of the Ring immediately and killed Déagol for it, claiming it as his own. The power of the Ring caught up with him rather quickly and he was corrupted. He was banished by his own grandmother and his people forced him to leave their home. This is what led him to settle in the Misty Mountains.

During Smeagol’s time in the Misty Mountains, his relationship with the Ring became increasingly twisted. Over time, the force of the Ring transformed Smeagol’s physical form into the crouched, creature-like form we see in the movies. The Ring also gave Smeagol an abnormally long life, extending his years one by one. He began to call the Ring his “Precious” and in the novels his “Birthday Present.”

RELATED: The Lord of the Rings: Aragorn’s Many Names, Explained

It was during this long sojourn in the mountains that Smeagol’s mind also contorted. He started coughing, making gurgling sounds and making a noise that sounded like “Gollum”, which was how his new name came up. The One Ring essentially broke Gollum, splitting his brain into two separate personalities: the evil one Sam calls “Stinker” and the best one who looks more like Smeagol than he used to be. Gollum constantly fights between the two sides of himself, but the evil one is purely motivated by the Ring and is a total slave to it.

Bilbo Baggins was the first thing that changed in Gollum’s routine after so many years. It was during the events of The Hobbit that Bilbo finds the Ring on the ground, unbeknownst to Gollum. From that moment on, Gollum’s only goal becomes finding the Precious and reuniting with him. This is precisely the moment of your journey when The Lord of the rings pick up.

Even though the Ring completely transformed Smeagol from a normal Stoor Hobbit to a twisted creature that inhabits the shadow of the mountains, there are times when The Lord of the rings where we see glimpses of Smeagol hidden behind corruption. It is these moments that inspire Frodo to keep Gollum close and spare his life. Without that common bond between the protagonist and this terrifying creature, the Ring would never have been destroyed and Smeagol finally came to a stop, 589 years later.

KEEP READING: Lord of the Rings: Wait, Shelob IS NOT a giant spider?