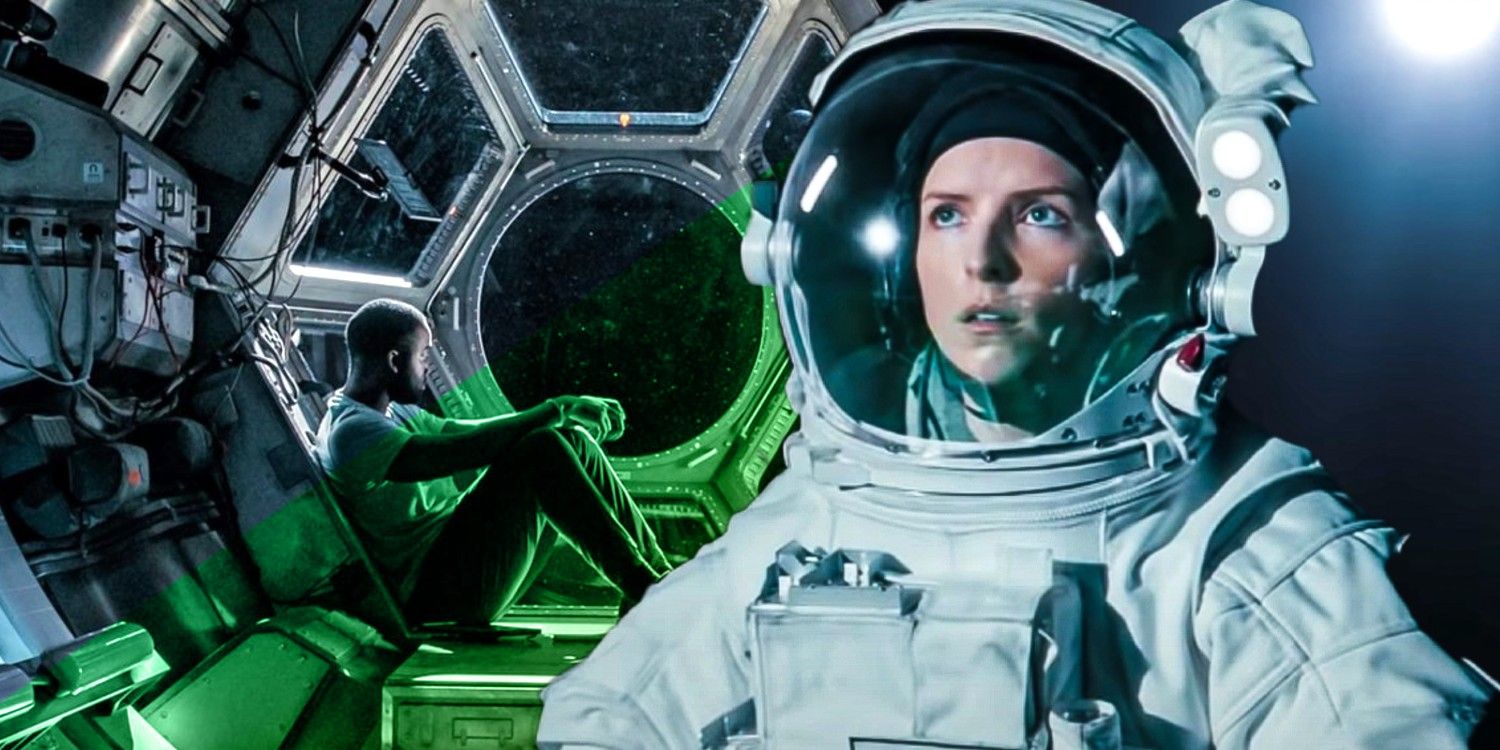 Netflix’s Stowaway has made the streaming platform’s top ten list. Audiences may not know that the movie is reviving an old science fiction debate.

From Netflix Stowaway has garnered a wide audience, but many audience members may not realize that the film draws directly from a 1954 sci-fi story and reignites a long-standing debate in the sci-fi community. Stowaway follows four characters, played by Anna Kendrick, Shamier Anderson, Toni Colette and Daniel Dae Kim, making for an intimate and intense space drama. The film shows a three-person space mission to Mars with the intention of investigating the possibility that the planet can support life. When the mission commander discovers an accidental stowaway trapped, unconscious, in the ship’s walls, the lives of everyone on board are in danger. When it comes time to make tough decisions, the crew is at odds as they struggle to solve a seemingly impossible problem.

Stowaway shares its skeletal premise with the harsh science fiction tale “The Cold Equations,” written by Tom Godwin and published in the August 1954 issue of Amazing magazine. The story follows a pilot named Barton as he travels to deliver life-saving medical supplies to a human settlement on the planet Woden. He discovers a teenage girl named Marilyn, who has been hiding on board and who hopes to visit her brother in Woden and incorrectly believes that the only penalty for sneaking aboard will be a monetary fine. Unfortunately, regulations dictate that all stowaways must be killed and thrown off the ship, and Barton ultimately decides that there is no choice but to kill Marilyn. She is framed as naive and silly for her stereotypically feminine motivations: emotion, love, and family. The story purports to depict the relentless nature of space and science, but ultimately blames Marilyn for her own death, condemning her naivety and emotional nature as fatal flaws destined to be crushed by a cold, indifferent universe.

“The Cold Equations” initially received a great deal of praise, but later faced criticism for both its sexist undertones and its dubious verisimilitude. Stowaway offers a less misogynistic and more scientifically realistic view of history, which frames the loss of human life as a tragedy rather than an inevitability. Flipping the script for “The Cold Equations”, Stowaway it has a male stowaway and a mostly female crew. Mission doctor Zoe Levenson emerges as the hero of the story, and indeed it is her emotional nature that prompts her to find a solution and ultimately save the crew. Zoe’s actions are in stark contrast to those of Barton, who, while searching for a solution, ultimately concludes that there are no possible solutions that do not defy the laws of science and physics.

Stowaway He is also charged with explaining the ship’s lack of resources and the story’s high stakes in a more logical way than its short story counterpart. Rather than imply that the potential death of a team member is some kind of scientific inevitability, the film implements plausible obstacles and setbacks that serve both to increase tension and to raise the stakes to the point of life or death. Although the ship was well equipped for its three-person crew, a critical life support system is damaged when Barnett discovers and rescues the titular stowaway, Michael. After this accident, the now four-person crew is left without enough oxygen to survive and apparently without means to generate more.

After several attempts to remedy the problem, including the sacrifice of mission biologist David’s lifelong work, Zoe and David attempt a spacewalk to extract excess oxygen from a remote part of the ship. Although the EVA is almost a success, a last minute glitch turns it into a failure. Zoe is the only uninjured crew member able to make one last effort to save Michael and the two remaining crew members, which she does. While it could be argued that it is problematic for a woman to still die in Stowaway, the film sees her sacrifice not as an inevitable consequence of physics or the universe or a punishment for her femininity, but as a sincere and heroic decision. Stowaway provides a vital update on the issues raised in “The Cold Equations,” exploring the moral dilemmas that accompany the danger of space travel, without punishing its female characters or blaming them for its tragic outcome.

Next: Every New Movie Released On Netflix In 2021

Tara Ellwood is a writer, reader and lover of everything related to pop culture. Based in New York, she graduated from Muhlenberg College, having studied Film and Theater. Longtime film lover and student, he brings an analytical and enthusiastic eye to all of his writing. When she’s not writing for Screen Rant, she can be found acting, knitting, or playing Dungeons and Dragons.