Batman’s cronies ask if being Robin was a good thing 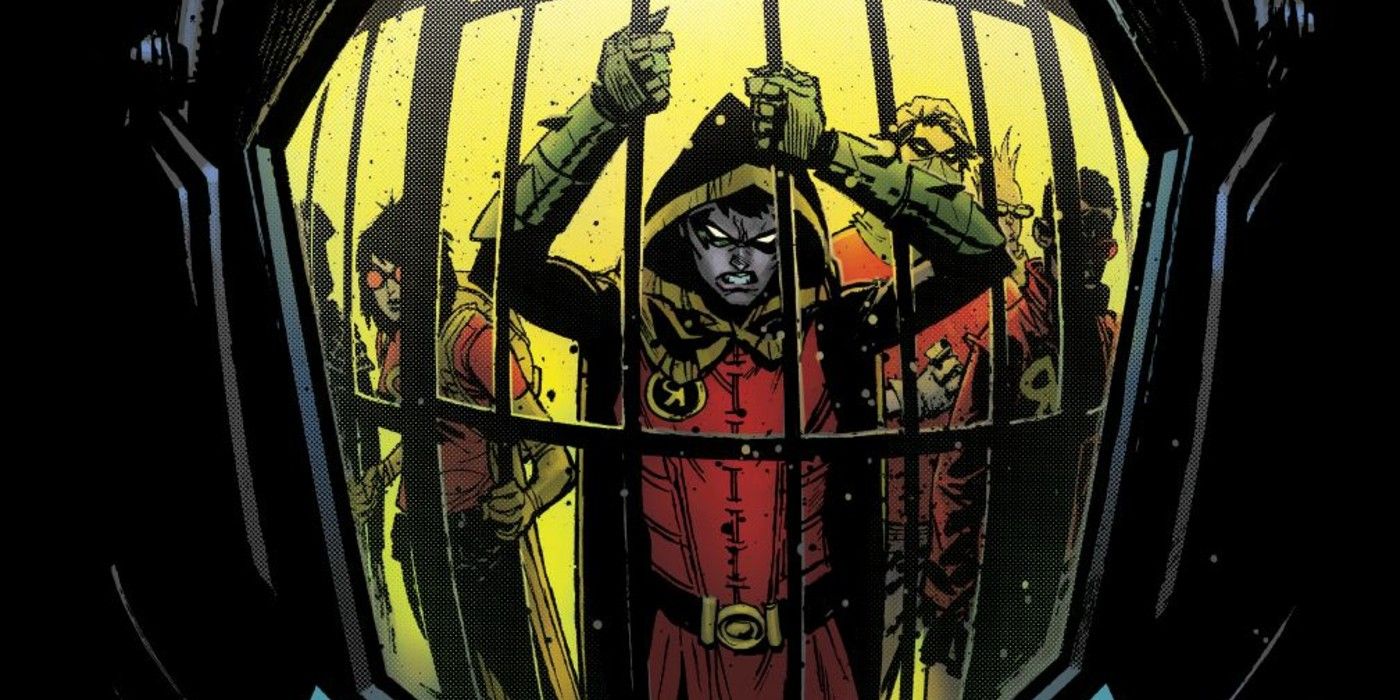 The DC fan voting tournament reveals that the Robins ask a question they should have asked a long time ago: what is the impact of being Batman’s sidekick.

Batman buddies ask if Robin it was a good thing on a new teaser page for Dc comics. The third round of DC’s comic book competition has begun. The fans have eliminated all but four titles. Trailers for each remaining title are now available.

The DC Round Robin competition has opened the third round of voting. One of the most popular books of the tournament has been Robins, who kicked Queer Justice League out of the contest in the first round before eliminating Wolf / Animal Man: Scorched Earth In a second. Now compare to Green Lanterns: Underworlds on Fire starring Kilowog and Kyle Rayner.

Related: Justice League Queer Writer Hints At How DC Fans Could Save The Series

Robins is being featured by the creative team of writer Tim Seeley, artist Baldemar Rivas, colorist Romulo Fajardo Jr., and marker Steve Wands. The Bat Family has become one of the most popular groups in DC Comics. The teams among the former Robins have continually attracted the attention of fans, but this comic promises something a little different. This is not your average team comic. This is an all-in-one behind-the-scenes story about buddies who have played the same role with different results. Check out the summary and preview page here:

See also  Michael Che is 99.9 percent sure he will return to SNL next season

At Dick Grayson’s Blüdhaven apartment, a group of young people gather for coffee, donuts and kvetching (between long, awkward silences). The only thing they have in common? They were all once Kid Wonders. Batman companions. Robins

The recap seems general, but the new Bat Family-centric teaser page adds dimension to it. In it, the five Robins have met in the same place after finally organizing a schedule that fits everyone’s super schedule. This is not a bonding or teaming exercise. Nor are they a few superheroes hanging out because they love each other’s company so much. This is an impromptu group therapy and a reflection on the impact it has had to be a partner, and not just anyone’s partner: Batman’s specifically. Each of these cronies has taken up the mantle, but has also remained a superhero in some way, even though they have gone different paths. Now the Robins will really talk about whether this is really something that everyone should have been through, if it has any benefit to them, or if it should all be a regret that they should never have had.

The Robins are made up of Dick Grayson, Jason Todd, Tim Drake, Stephanie Brown and Damian Wayne. Although Tim is technically the official Robin in the current DC continuity, he shares that mantle with Damian, whose solo series is titled Robin despite the fact that he ditched that mantle. Dick Grayson became Nightwing, Jason Todd eventually became Red Hood after dying and resurrecting, and Stephanie Brown became Spoiler. Despite wearing the Kid Wonder mantle and having some serious injuries or scars, each former Robin has continued to live the lifestyle they fell into.

After bows like Death in the family And events like Barbara Gordon’s injuries that ended her time as Batgirl, it’s not hard to imagine that being Robin is life-changing, difficult, and even scarred. Adding reservations, hesitations, and Bruce’s closed nature to that mix certainly doesn’t help. What’s more surprising is how long it has potentially taken to have a moment like this. Heroes often wonder if they are making a difference or if they can keep doing what they are doing. Fans often ask what it would be like if Batman fought crime differently or if Jason Todd hadn’t died initially. Now him Robins everyone is going to face themselves, and each other, about what they fight next to bat Man for years it really did, for better or for worse.