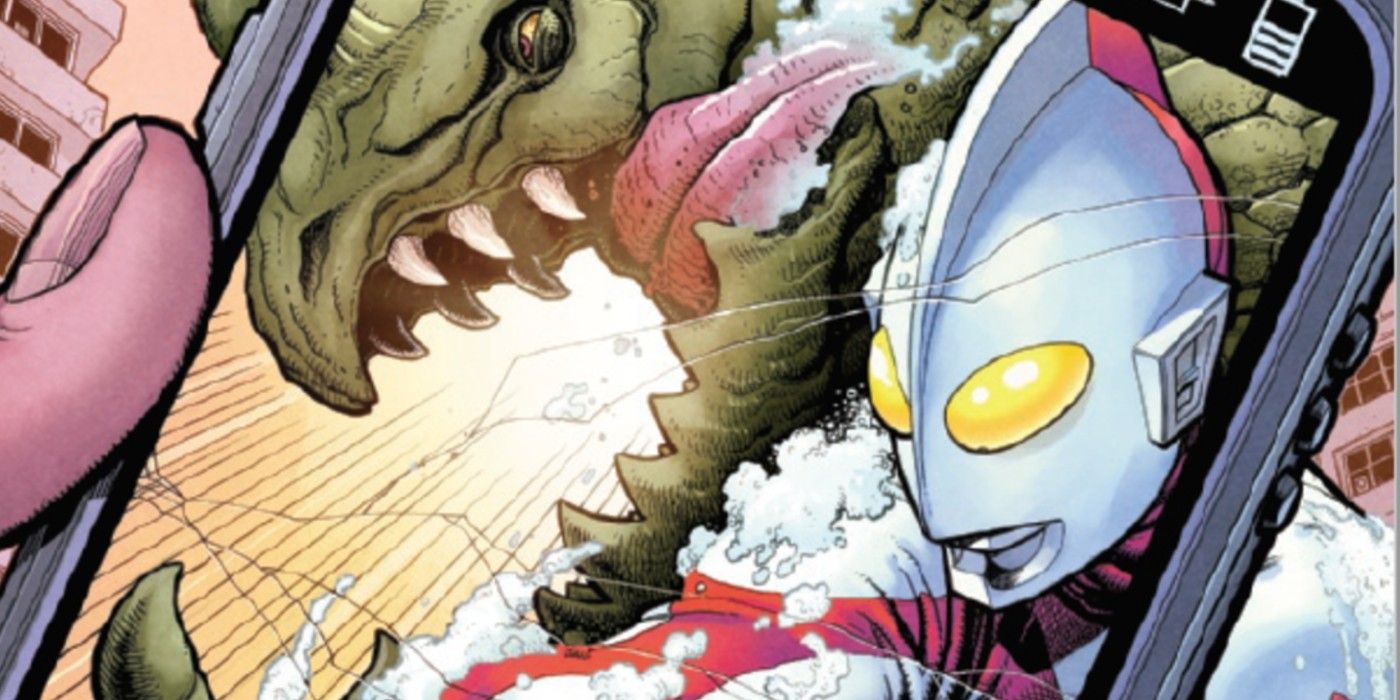 Ultraman’s mission to protect the world from the interdimensional threat Kaiju has just turned into a brutal spectator sport.

Marvel world Ultraman saga has been changing faster than anyone can keep up. Ever since they opened the interdimensional Kaiju Vault in hopes of preventing a catastrophe, the monstrous former residents of that strange limbo have been appearing all over the world without warning. While Ultraman is always there to face threats head-on, the general population has had a harder time understanding all of this. Some have decided that the entire threat of the Kaiju is little more than a hoax, while others have indulged in dangerous new hobbies in hopes of getting a small piece of the glory for themselves.

Shin Hayata and Kiki Fuji have recently returned to Tokyo after rescuing former USP agent Dan Moroboshi from the clutches of a dangerous terrorist organization. During their mission, the heroes were attacked by a powerful mechanical Kaiju, one that nearly cost Shin his life and has sent USP to search for the origin of this cowardly technology. Dan hasn’t offered much help, although it’s understandable that after so many decades locked in another world, he was hesitant to share much with anyone. With so many serious problems arising, the fact that there are still wild Kaiju to fight almost seems like an afterthought to Shin and the USP, although the rest of the world is still well aware of their presence. So much so, in fact, that people have even started filming themselves waiting to be rescued by Ultraman instead of evacuating the area when Kaiju shows up. It sounds like a dangerous and exhilarating moment, but once the terror gets too close to be comforted, it quickly becomes clear what a bad idea it is.

RELATED: Marvel’s Ultraman Just Had a Rude Awakening About His Own Powers

A group of friends start recording in their apartment, one of them comments that they can hear the commotion but cannot see anything. As he looks out the window, the wall of the apartment explodes inward, leaving glass and concrete scattered everywhere. As the three friends lie on the ground, one of them comments that they have to leave before the man who had been looking out the window announces that Ultraman will save them. Of course, the titular hero is busy taking down a massive monster, hardly noticing the trio of onlookers before his apartment building collapses and sends them all to the ground. Fortunately, Ultraman can catch them before someone suffers irreparable damage, but that doesn’t make their encounter any less stressful. It’s not just the people in the video and their reckless actions that have increased the tension between Ultraman and USP, but the fact that the whole world is watching everything unfold online, and some very different opinions on this are already. forming.

RELATED: Marvel’s Ultraman Just Had His Man of Steel Moment

The media don’t know what to make of the revelation that the USP, Ultraman, and Kaiju even exist, let alone that they could be shaping the future of our world, while those who inhabit it are largely incapable of making a difference. for themselves. Many experts have determined that Ultraman is a hoax, or that Kaiju was designed or invented for some nefarious reason, but the influx of new amateur media documenting the battles and aftermath of Ultraman’s heroic acts makes it difficult to look away. . Certainly there are those who support Ultraman in his fight for humanity, but even those closest to Shin seem unable to comprehend the gravity of the situation. Shin’s father, who had previously mocked both USP and Ultraman, has not gotten closer to his son since he realized the truth. As you watch the horror unfold through your smartphone, you can only worry that things have gone too far. Of course, Shin is not the one who decides what happens, nor does he seem to be in control of the situation. As difficult as it may be to deal with them, Shin is simply reacting to the problems that have been building up for decades, and doing so in the best possible way. Whether or not the rest of the world wants to acknowledge that is completely out of their control.