Harry Potter: 10 Most Magical Scenes in The Prisoner of Azkaban 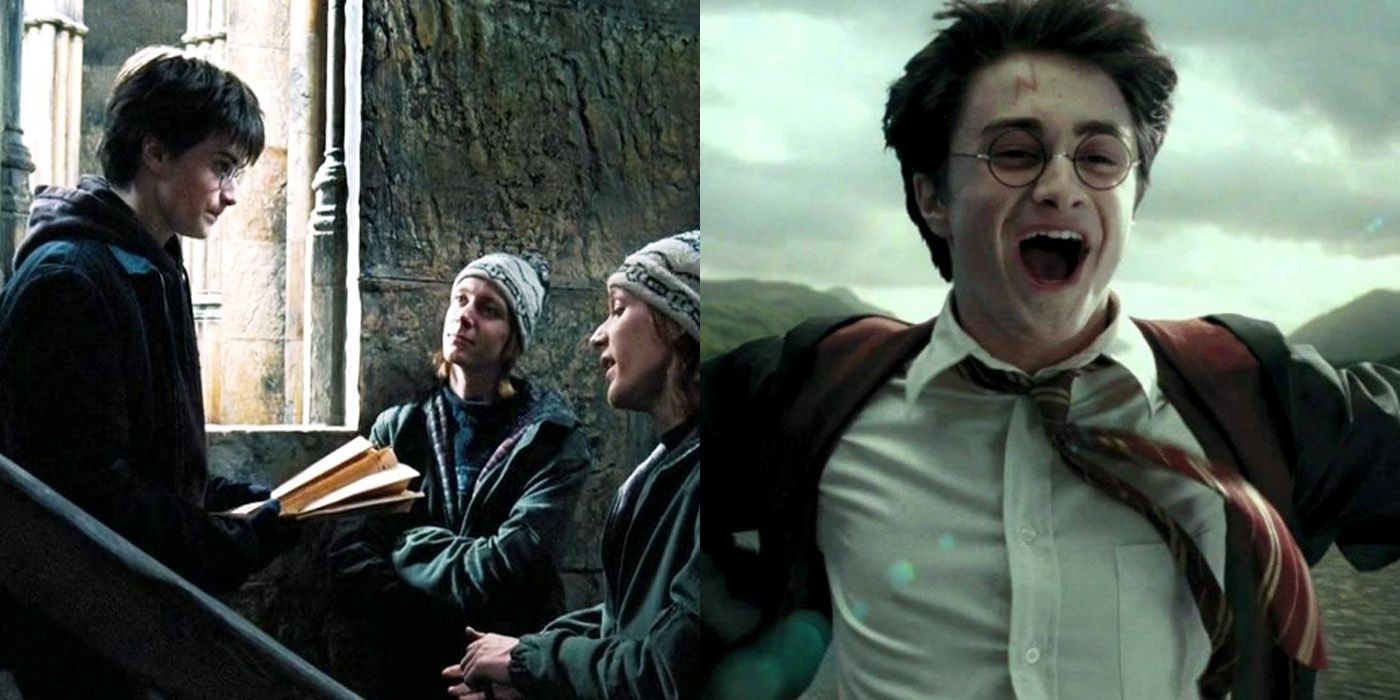 The Harry Potter Movies are full of magic, and not just the literal kind! While there are many scenes that introduce fans to the real magic of the wizarding world, others give them some Muggle-style magic – love, inspiration, and hope. The prisoner of Azkaban, the third film in the franchise, marks a noticeable shift in tone, moving away from the more childish “magic” of the first two and toward the darker films to come.

RELATED: Harry Potter: 10 Most Magical Scenes in the Chamber of Secrets

But what are the movie’s most magical moments, those that fit both the magical and muggle versions of the word? From emotional moments where Harry grows as a person and learns how much he can overcome, to moments of sheer fantastic joy, these are the best in the movie.

The first major use of magic in the movie comes before this, as Harry accidentally blows up his spiteful aunt and sends her floating over their house … and while that’s definitely a nice moment, since she’s a truly disgusting character, is the Knight. Bus that really wows fans. The way it appears out of nowhere, the breakneck speed, the ability to squeeze between lanes of traffic, the interior – it’s all the kind of magical inventiveness that Harry Potter does best.

The prisoner of Azkaban he sees a new Defense Against the Dark Arts teacher, and this time, it’s Remus Lupine. Lupine becomes known for his fun and practical lessons, and one of the best is the lesson on the Boggart. In this scene, students take turns standing in front of a boggart and then going from scary to ridiculous. The result is a magical lesson to watch and one of the most fun in the movie. Snape dressed in Neville’s grandmother’s clothes is a particular fan favorite.

In the first movie, fans were able to experience some of the joy of flying secondhand when Harry learned to fly a broom, and this movie is likened to Harry’s flight in Buckbeak. Hagrid introduces the Hippogriff as the new Care of Magical Creatures master, and everything in this class is beautiful. From the amazement at seeing Buckbeak for the first time to the flying sequence on his back, and even to the moment Hermione grabs Ron’s hand, it is pure magic.

The Marauders Map has become one of the most iconic objects in Harry Potter canon, and this is where it is first introduced. Fred and George pass the map to Harry because he is not allowed to go to Hogsmeade, and it was an amazing moment.

The actual magic item is fantastic enough, with the ability to show where anyone is, at any time, as well as secret passageways, but the human element is important too. Fred and George treat Harry like family, to make up for their own family by denying him a privilege, and it’s enough to warm the cockles.

6 The first visit to Hogsmeade

Hogsmeade itself is another magical moment in this movie, similar to the way Diagon Alley wowed fans in the first one. The Totally Magical Village is an incredible look into a purely magical world, with a sweatshop that any child would love to visit and little details in every painting. From the owl post office to the Three Broomsticks and the magical drinks sold there, this is a perfect scene, and the snow adds to it.

5 Learning to conjure a Patronus

The patronus is undoubtedly the most important spell learned in this movie, and one that will continue to be used in several movies to come. Harry learns how to conjure one with the help of Remus Lupine, and everything in this scene is magical. The actual spell itself is, of course, but more than that, this scene shows Harry getting the benefit of a father figure, and one who knew his actual father. Lupine is understanding, understanding, patient, and a great teacher, and watching him train Harry is incredibly sweet.

This is a scene that doesn’t involve any actual spells, but there’s no denying that it’s a magical moment for fans … where Hermione whips her wish and threatens Draco Malfoy, before punching him in the face!

RELATED: The Most Iconic Scene Of Every Main Character In Harry Potter

Seeing Hermione playing by the rules and Draco’s utter terror is a glorious moment. Having spent two and a half movies watching young Mr. Malfoy act awful at every turn, this moment is incredibly satisfying, even without a spell.

While the Marauders Map may become the most iconic magical item in this movie, the most powerful is clearly the Time Turner, and its first appearance is incredible. It’s a beautiful item, and realizing that Hermione has the ability to go back in time is fascinating and satisfying, as her odd behavior has been explained so far throughout the film. The Time Turner scenes are also magical for people’s reactions to them. Seeing Dumbledore encourage them to break the rules to save lives, the moment they return out of breath just in time, everything about the Time Turner is a flawless mix of emotional and literal magic.

two The patronus deer that saves them

The patronus deer appears twice in the movie, thanks to time travel. Once, when Harry and Sirius are being attacked by dementors, and then a second time, when the future, Harry realizes that he is the one who must save the past, Harry, and casts it himself. They both have their own magic, and they both take advantage of the tension of the moment when all the Dementors descend, but the second time this scene happens is the best. Here, Harry realizes the strength of his own abilities, and watching him save himself is clearly metaphorical and literal.

After the ups and downs of finding out that he has a godfather, and the joy of thinking that he might no longer have to live with the Dursleys, then the heartbreak of realizing that that can’t happen, and Sirius must flee. , the movie ends on a high note. Harry gets sent the Firebolt, and fans enjoy a shot of him zooming in midair – it’s a scene that’s light, hopeful, and a fitting ending to the darkest film in the franchise yet.

NEXT: The Most Dangerous Harry Potter Spells (And What They Do)


next
8 MCU Projects Announced That Probably Won’t Make It

Rose Moore has been writing about film, television, and comics since 2013, when she began writing for a local print magazine in Vancouver, BC. Since then, Rose has written for Horror Honeys, Moviepilot, and Quirkbooks, as well as Screenrant, increasingly focusing on comics and live-action comic book adaptations, as well as diversity and on-screen representation. Rose was also a co-host of the DC Movies Podcast, and has been a guest on other nerdy and entertainment podcasts for the past five years. Rose’s love of comics began in the early ’90s, when she discovered the X-Men while living in Africa (where there wasn’t much to do but read!), And since then she’s had a … once plus, an affair not only with Marvel, but also with DC and indie comics. You can follow her on Twitter: RoseMooreWrites for tweets about comics, movies, and more.