Gossip Girl: 10 of the worst reasons couples broke up 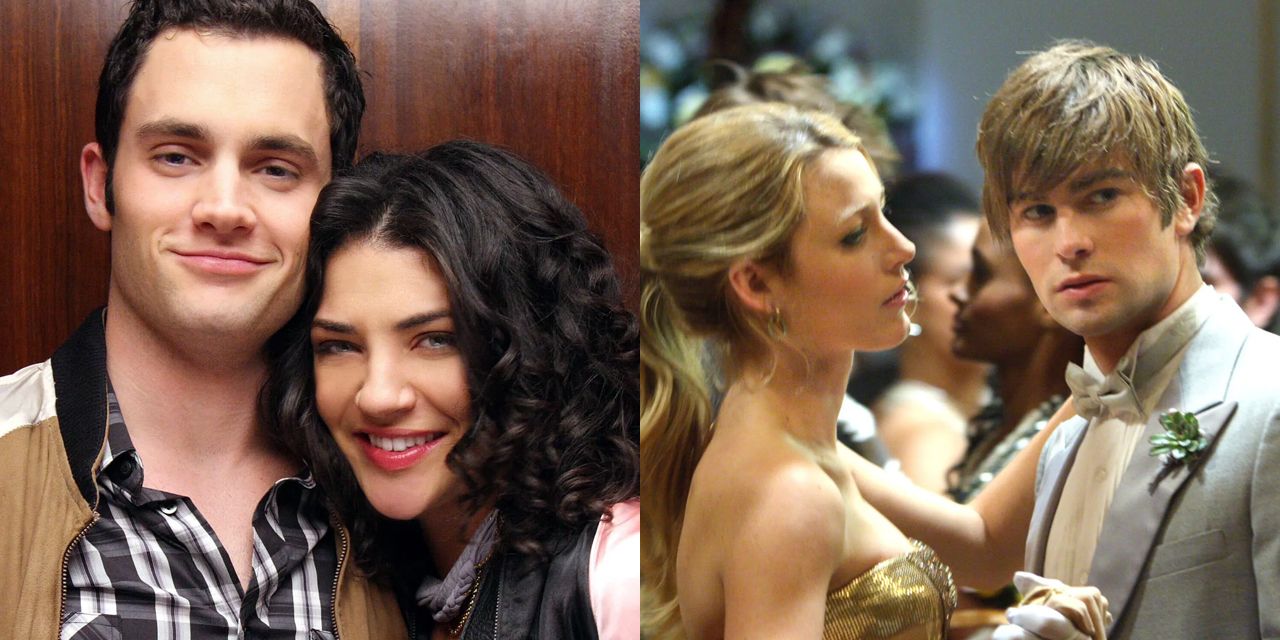 One of Gossip GirlThe main stories and events surround the relationships. Whether it’s family, friends, or lovers, viewers can always find an interesting partner to follow throughout the show. However, some of the reasons behind breakups can be ridiculous. In the world of money, attention, and drama, breakups might make sense for the show, but viewers can’t help but question the motives behind some of the reasons the couples broke up.

While the show thrives on drama and exciting relationships, sometimes the reasoning for breakups just isn’t logical, or there might have been a bit more effort to save it.

Eric had a fair amount of relationships. Although their relationship ended with Jonathan cheating on him, they got back together, but then Jonathan broke up with Eric because he told him that he had changed. Fans didn’t think Jonathan had the right to say that Eric changed, while Jonathan was the one who cheated. While the first round of breakups was logical, Jonathan’s reason didn’t make sense to some viewers. Many fans supported this couple, but it didn’t last.

9 The relationship had run its course

Nate and Blair broke up after Nate cheated on her with Serena. However, the two got back together in season 2 for a while. Fans weren’t impressed by their relationship and weren’t surprised when they broke up again. While the breakup was understandable, the reasoning behind it all seemed forced. Blair thought the relationship with Nate was like being with a boyfriend from high school, and the two quickly broke up and remained good friends. Some thought this was only paving the way for Blair and Chuck, but they still wanted a little more from the two of them before breaking up.

8 What could have been

Dan and Vanessa were childhood friends and a lot of people thought they would be good together. While Vanessa broke up with him because she was with Serena, the reason was valid, but fans still wanted to hold onto hope with these two. They shared many similarities and their energy bounced off each other well. After knowing each other for years, viewers thought they could figure it out, but Vanessa left him in the dust.

7 I didn’t want his pity

Many knew that Carter (Sebastian Stan) and Serena probably wouldn’t last, but Carter changed for the better during the relationship. Fans thought Serena was the most honest and authentic when she was with Carter. But when Carter tried to fix things himself, Serena stepped in and fixed things for him, which made Carter angry. He told Serena that he would rather have her hate him than feel sorry for him, and he leaves. Fans wished Carter had stayed a bit longer.

Nate and Serena were a surprisingly good couple. Although they came from different backgrounds, they learned from each other and got along well. Nate ended up breaking up because he felt like the relationship had come to an end. Viewers were confused when they broke up, especially when they later went on a trip together and hooked up.

Maybe if they had kept the relationship a little longer, they could have lasted, but the ending wasn’t very satisfying.

Nate and Serena had their ups and downs, but after Nate found it in himself to forgive Serena for kissing another boy, Serena has a talk with Nate about how he needs to be alone and wants to break up. Nate tells him he doesn’t want a break, and if it’s over, it’s officially over. Still, Serena says she needs time to work on herself and kisses him goodbye. The way Serena dropped it was a bit strange, especially after Nate forgave her.

Chuck and Blair were known to have on-and-off relationships throughout the seasons, which leaves some questionable breakups. After a precious moment between the two in season 4, the two kissed and said they would go up in flames together.

RELATED: Gossip Girl: Why Blair Should Have Done With Nate (And Why Chuck Is The Right Choice)

Then a couple of minutes later, Blair tells Chuck that he must first be herself before he can be her boyfriend. This was a huge change from previous events, and overall, it didn’t make sense to many fans.

3 Too much has happened

Dan and Serena had their fair share of reuniting and parting ways again, but this breakup seemed unnecessary to some viewers. Both Dan and Serena were arguing and generally angry at each other for not being honest. At Lily’s wedding, Serena tries to talk to Dan about everything, but he breaks up with her and claims that too much has happened and that they will never be able to get back together, but they do, of course. Still, they share one last dance before the night is over. Fans knew the two still loved each other, and the breakup wasn’t going to last long.

Chuck and Ava dated for a while, but Blair was determined to ruin the relationship, and she succeeded. Blair shared her lies, which ultimately led to Chuck breaking up with Ava and asking her to leave. However, once he discovers that Blair had prepared them, he rushes back to Ava, but this time she breaks up with him, feeling that he and Blair are still connected and have something for each other. If it hadn’t been for Blair, this relationship might have lasted longer and the breakup might have made more sense.

1 I didn’t give enough

Serena and Colin, her teacher, developed feelings for each other. While being Serena’s teacher was a big deal, Colin ended up quitting his teaching job. While it seemed like Serena wanted so badly to be with him, once he quit his job and was able to do it, Serena quit. Apparently quitting her job for her wasn’t enough. Fans thought Colin was one of the best people for Serena. He was smart, charming, and really cared for her, but Serena didn’t even take the time to notice.

NEXT: Gossip Girl: Every Wedding Episode, Ranked (According To IMDb)


next
Once Upon A Time: 10 Best Hook & Emma Quotes, Ranked