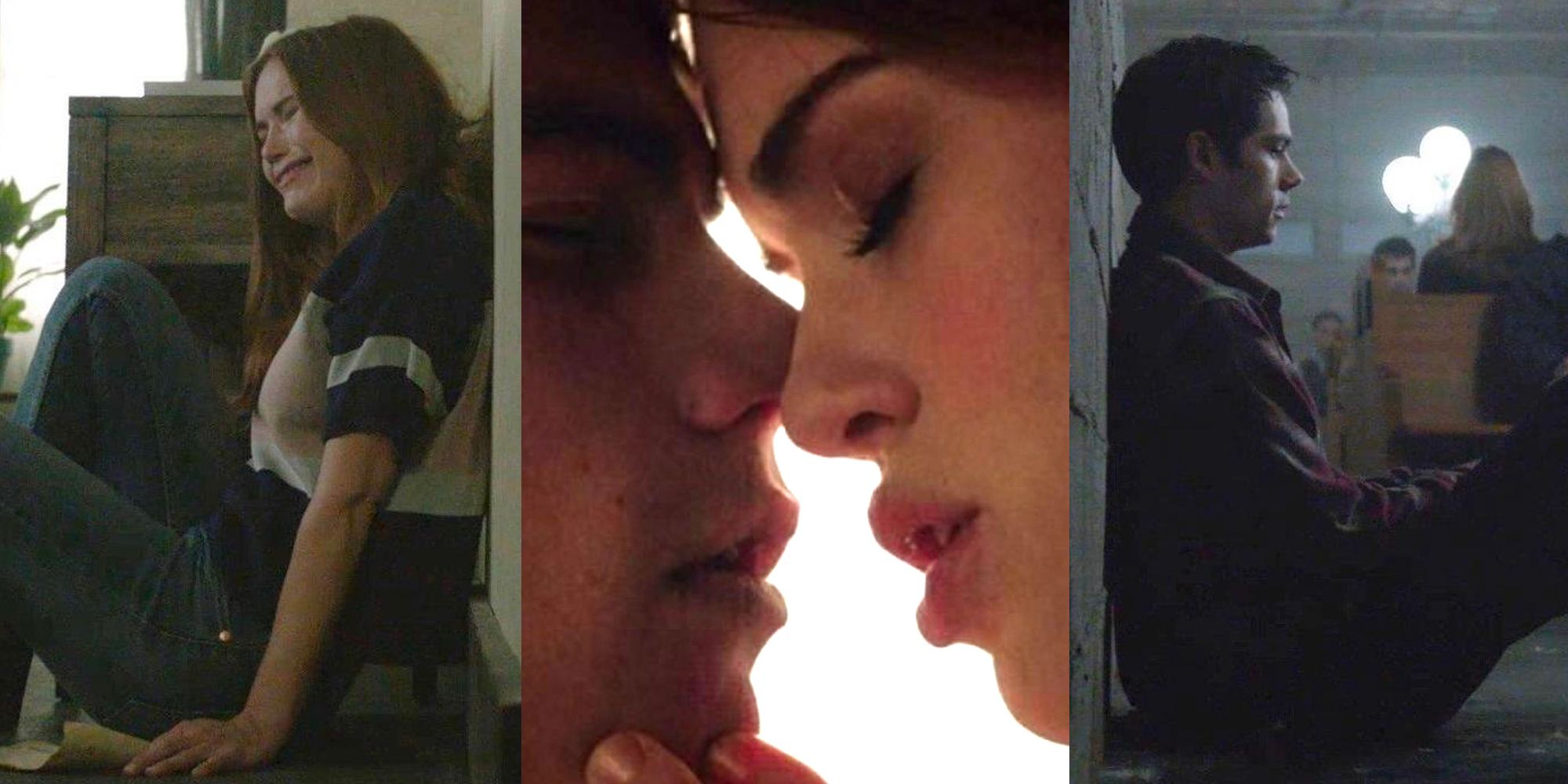 There were many couples in Teen wolf but Stiles and Lydia easily became fan favorites. Stiles had a crush on Lydia since third grade, but she never paid attention to him. Their relationship evolves beyond Stiles’ school crush and the two mature into best friends.

RELATED: 5 Ways The Chilling Adventures Of Sabrina And Teen Wolf Are Similar (& 5 Ways They Are Different)

While Stiles also had Scott and Lydia had Allison, there was always something different about Stiles and Lydia’s friendship. Stiles began to fall in love with the girl Lydia had become, rather than an idolized version of her, and Lydia began to see Stiles in a whole new light. Their journey may have been a long one, but there were a lot of great quotes from Stydia along the way.

Stiles and Lydia always care about each other more than they care about themselves. When Lydia is held hostage at Eichen House and her banshee skills are taken advantage of, Stiles hatches a plan to save her. Everyone in McCall’s pack plays a big role in getting her out, but Stiles was the only one who wouldn’t be weakened by the mountain ash.

When Lydia tells Stiles to leave her for danger, the famous quote is what finally makes her accept his help. The camera zooms in on Lydia’s face as she looks at Stiles, and Eric Arjes’s “Find My Way Back” blasts out loud. The way the scene was filmed made it seem like Lydia realized how she felt about Stiles at the time.

9 “Barrow was there. Okay? You knew it. You felt it. And look, if you wanted to, I’d go back to that school and search all night just to prove it.”

Lydia was still struggling to understand her Banshee abilities, but gradually she had begun to gain more confidence. But that confidence falters when the entire pack forms a plan based on their intuition, which then appears to be wrong.

Lydia felt bad about herself that night and guilty for getting Stiles arrested. But Stiles believed in Lydia and knew she was right, even if it didn’t seem like it. Stiles has always been Lydia’s biggest advocate, and his faith in her gives them a foundation of love and support.

Stiles and Lydia still didn’t know each other very well in Teen wolf season 2, and Stiles’ crush on Lydia was no reason for a real relationship. So this quote wasn’t very shocking when it was first said, but it turns out to be true later in the show. As their relationship develops, Lydia and Stiles constantly take care of each other.

In the second half of the series, Lydia is genuinely one of the most important people in Stiles’ life, and it makes sense that losing her would send him on a downward spiral.

Stiles and Lydia were saved countless times, but something changed when Stiles rescued her from Eichen House. He formulated the plan to get her out, stayed by her side and held her in the back of his jeep while she tried to contain the banshee’s screams.

There’s a terrifying moment in Deaton when it looks like Lydia didn’t make it, and Stiles pleading with Lydia to wake up is heartbreaking. When he opens his eyes, the first thing he sees is Stiles. His face is awash with emotion as they hold hands and his statement about Stiles made everyone beaming with pride.

Teen wolf He went out of his way to keep viewers in the dark about Lydia’s love for Stiles. There were comments and observations from other characters, but Lydia never explicitly expressed how she felt. To be fair, the “show, don’t tell” rule applied here very well, as while she hadn’t said it out loud, it was obvious through her actions.

But fans had been waiting six years for some kind of verbal cue from Lydia, and they finally got it. After the Ghost Riders erase Stiles, Lydia feels a part of her is missing and discovers that she was in love with whoever was kidnapped.

Even though Stiles’ love for Lydia matured and evolved throughout the show, she was always who he wanted to be with. Stiles understood that his feelings for her were unrequited, and he never tried to make her feel bad about it during their friendship.

But feelings don’t magically go away, and Stiles never stopped loving Lydia, even if there were times when he should have. Being with Lydia was something that felt impossible for a long time, and when it finally happened, Stiles and Lydia’s lives were changed for the better.

4 “It has to be someone who can push you back. Someone who has a strong connection to you. A kind of emotional tie. Lydia, you go with Stiles.”

Stiles, Scott and Allison had to die temporarily to perform a Druid ritual and save their parents. To revive, the person who kept them underwater had to have a strong personal connection with them. The relationship would serve as an emotional bond to bring them back to the land of the living.

Lydia automatically moved toward Allison, but Deaton stopped her. He put Allison with Isaac and paired Lydia with Stiles as even he could pick up on the emotional connection between them. It’s fitting, given that the two of them always manage to save each other from the brink of death.

Stiles really knows Lydia better than anyone, and their reunion is proof of that. Although Stiles knew that Lydia had no feelings for him during the first few seasons, he clearly noticed a change. By season 6, he had already realized that Lydia had a crush on him, but he let her figure it out for herself.

He never pressured her, and when Stiles told Lydia that he loved her before he was taken away, it wasn’t because he expected something in return. Lydia beats herself up for not saying it, but when they reunite, Stiles reveals that he already knew how she felt about him.

two “When I kissed you, you held your breath.”

The first kiss between Stiles and Lydia is without a doubt the best kiss of the series. It wasn’t meant to be a real kiss, as Lydia was just trying to distract Stiles from his panic attack, but real feelings came up. Stiles is so engrossed in what just happened between them that his breathing returns to normal. They stare at each other for a long moment, and when Stiles is finally able to speak, he asks Lydia how she stopped the panic attack.

She reveals that he held his breath when she kissed him, and the emotion on Stiles’ face speaks for itself. Later, Lydia realizes that it was the moment when she first felt more than friendship for Stiles, and her feelings for him had been growing ever since. The memory of the kiss is so powerful that it drives a wedge between dimensions and transports Stiles back home when they take it.

Stiles’ declaration of love seconds before being erased from existence is by far the most shocking Stydia quote. When Stiles realized it was too late to run, he used the time he had to tell Lydia how he felt about her. Lydia insisted that she would not forget Stiles and, in a way, she was right.

She was the only one of her friends who was convinced that he existed, even though she didn’t know who he was. Of all the things Stiles could have asked Lydia to remember, asking her to remember that he loves her was the purest he could have said.


next
Supernatural: The Top 10 Cliffhangers Of Season Finals, Ranked

Rachel Foertsch is a production fellow and a lover of all things television. Her television reviews appear on Rotten Tomatoes and she is currently a ScreenRant writer. Additionally, Rachel has written for TV Fanatic, where she conducted on-screen celebrity interviews. You can follow his Twitter: @realrayrays for more content.