Force Awakens: Why Leia hugs Rey after Han’s death instead of Chewbacca

In Star Wars: The Force Awakens, Leia doesn’t give Chewbacca a hug after Han Solo’s death, but there’s a reason the Wookiee was looked down upon.

Chewbacca has been Han Solo’s second-in-command and best friend for decades in Star Wars. When Han and Luke got a medal for destroying the Death Star, and Chewie didn’t, the Wookiee was still by his friend’s side. However, after Han Solo’s murder in Star Wars Episode VII: The Force AwakensChewie was snubbed once again by her longtime friend, Leia Organa, who hugs newcomer Rey. Of course, choosing to comfort Rey over someone who spent years with her and Han, helping raise their son, hasn’t sat well with fans. But thanks to a new novel, now there’s a reason Chewie was seemingly forgotten in a moment of mourning.

Kristin Baver’s newly released novel, Skywalker: a family at war, offers a perspective that explains why Leia chose to hug Rey after her husband’s death. Baver writes: “To Leia, unlike her husband, Rey was more than the figure of a chosen daughter. Rather, she saw the distraught orphan as she viewed the children of Alderaan after their destruction, like so many other refugees there were. found during his long years on the front line. “ At the time, Rey was a lost soul representing the many young lives that Leia was unable to save, and her embrace became a promise that she could save at least one.

Baver goes on to explain an even deeper connection that extends beyond Leia’s need to comfort Rey. She adds: “True to form, Leia found the strength to comfort the young woman, even as she mourned the loss of her own husband … Vader’s daughter and Palpatine’s granddaughter were united in empathy and grief.” There is a subtle irony to their embrace, as Rey represents another bloodline whose past will eventually return to haunt her, like Leia, who still lives in the aftermath of her heritage. Her hug gets some context, and she explains that there were greater forces at play that inadvertently pushed Chewie to the edge of the road. However, the novel never explains how Leia and her longtime friend deal with Han’s death.

While the canon provides a much-needed understanding of why Leia is ignoring Chewie, the film’s director, JJ Abrams felt the decision was a mistake that she now lives with. In a interview with / Film, Abrams goes into detail about his intentions as to why the friends are ignoring each other. The initial insight into the scene was that due to Finn’s serious injuries, Chewie was focusing on keeping him alive. Abrams also adds: “The reunion would be a reunion and a reunion rolled into one, and a kind of commiseration for their mutual loss.” Clearly, it was intended to make their encounter a deeper Force-bound experience. But just like the canon rationale, it’s still hard to believe that Leia and Chewie never take time for each other to mourn the loss of someone they loved.

RELATED: The Bad Batch Reveals What Happened To Separatist Forces After The Clone Wars 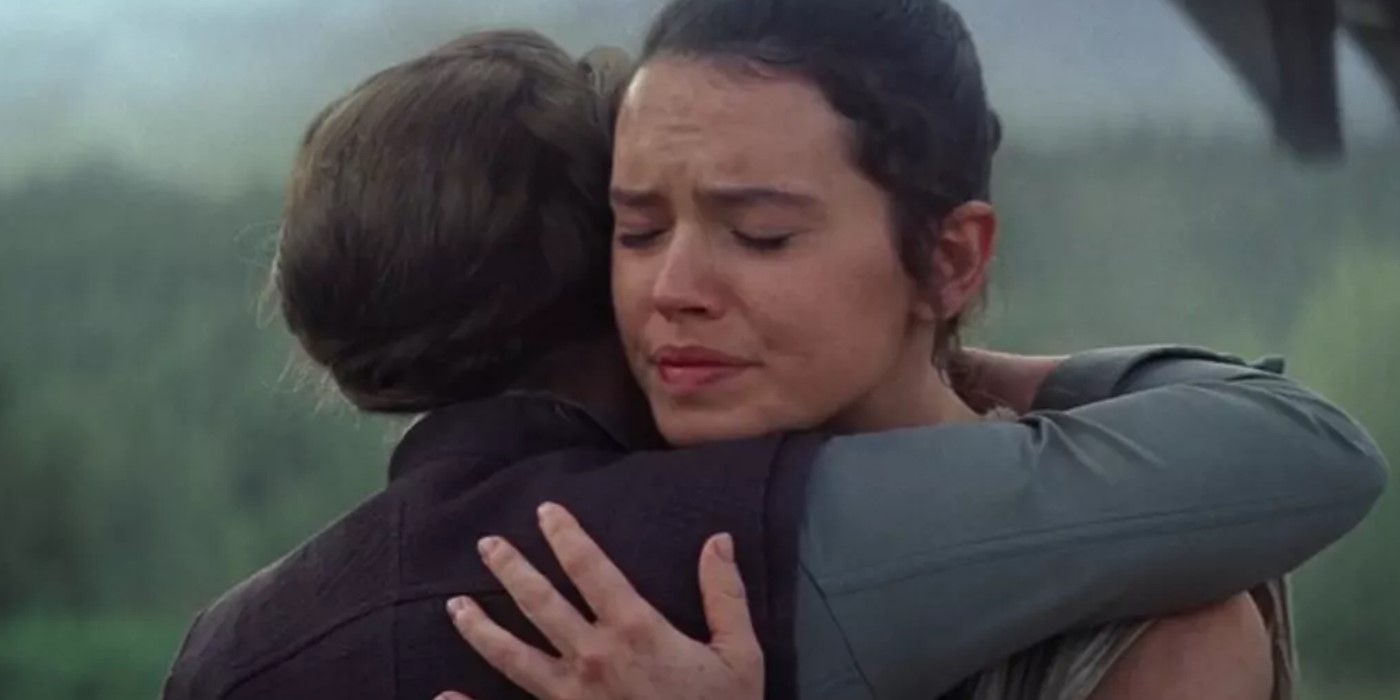 Chewie’s presence in the shot did not help the situation. When Chewie and Rey get off the Millennium Falcon, he hands Finn over to some doctors and walks right past Leia. “If Chewbacca hadn’t been where he was, you probably wouldn’t have thought about it. But since he was there, he passed Leia, it felt almost like a slight, which was definitely not intended,” Abrams says in the same interview. Since then, the moment has turned into one of the gloomiest cases in Star Wars and a stain fans have yet to forget.

Abrams has added on more than one occasion that he recognizes the mistake He did and acknowledges it all the time. However, the canon has done its best to address the confusion and provide an explanation that fits the moment and the story in general. But that shouldn’t excuse old friends from sharing at least a brief moment with each other. While it is a mistake in real life, the canonical reason Leia hugs Rey before Chewbacca is because Leia views Rey as a lost soul and surrogate daughter, establishing a strong relationship that will grow throughout the course of the game. trilogy.

Nick Brooks is an avid comic book reader, gamer, writer, and fan of all things creative. For ten years he has been reporting on the latest and greatest in the world of games, anime and everything related to comics. Now, he writes for CBR as a game writer and loves every minute of it. When he’s not writing, you can find him hanging out with his lovely girlfriend, cooking, reading comics, or collecting whatever new Star Wars Black Series, Marvel Legend, or Transformer comes out.