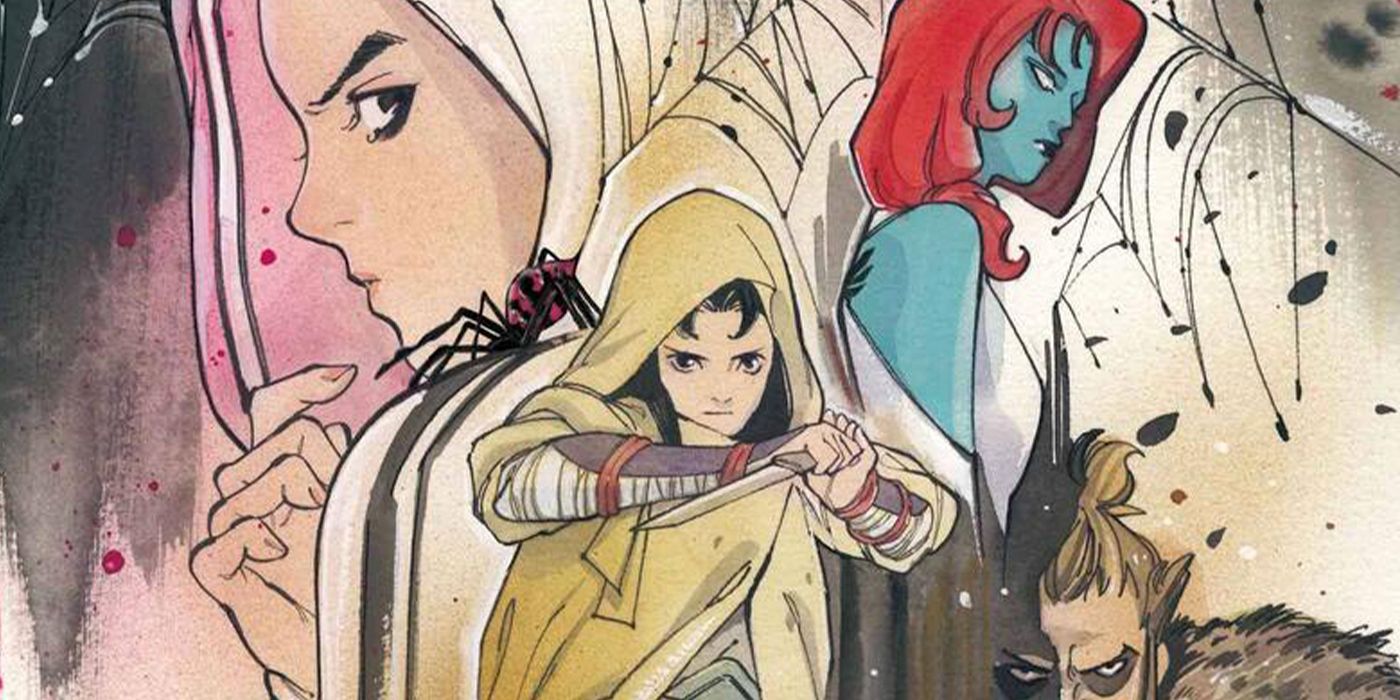 Peach Momoko’s Demon Days saga has received critical acclaim since the first issue was released, and now its third installment has been revealed.

Acclaimed artist Momoko’s Peach Devil days saga began its journey with Days of the Demon: X-Men # 1 in March, will continue next week on June 16 with Days of the Demon: Mariko # 1, and now Marvel has provided a preview of the third installment, Demon Days: Cursed Web # 1. According to the publisher, next week’s release will set the stage for the next September issue.

Peach Momoko is part of Marvel’s Stormbreakers, a group of up-and-coming comic book creators who, according to the publisher, will be some of the next big names in the industry. By being a part of this program, Momoko has had the opportunity to create the acclaimed Devil days saga. Combining Japanese folklore with the myths of Marvel Comics, he has created a world of his own, bringing household names to a whole new environment. Now that it has been revealed, this prestigious 5-part series will continue with number three in the fall.

Related: Marvel Explains Why Wolverine’s Healing Factor Is So Powerful

In a new preview of the upcoming third entry, Confirmed Marvel Characters In the next installment they include Ghost-Spider, Mystique, Sabretooth and Mariko who returns. Although it has been predicted that the wolf-Logan of Days of the Demon: X-Men # 1 It will somehow intersect with Mariko’s version of Momoko – given her history in the main Marvel universe, it seems Marvel just confirmed it. Marvel stated that “Demon Days: Cursed Web will follow Mariko Yashida as she travels deep into a dark forest to find answers about her past. Instead, she finds a magical wolf and a strange girl with a spider as a pet.” Considering this information and the fact that Wolverine’s nemesis Sabretooth is showing up, it seems like solid enough proof of their inevitable reunion from another world.

Check out some preview pages for the September release below!

After all, Marvel claimed that Days of the Demon: Mariko # 1 would set the stage for Cursed web, so it wouldn’t be surprising if the third installment were where the separate stories begin to converge. Regardless, it will be exciting to see Momoko reinvent classic Marvel characters. Momoko said “It’s been a lot of fun thinking carefully about how to reimagine Marvel characters … keeping just enough of the character so that people can guess who he is, but changing him enough to create something very unique.”

It’s always great to have a creator who is as excited about creating as they are about reading. In the case of Devil days, Momoko’s passion and personal ties to the content and folklore from which it is drawn makes the story more intriguing and unique – as the imaginative first issue of the saga demonstrates. Come June 16 Days of the Demon: Mariko # 1 will be released, paving the way for the September 1, Demon Days: Cursed Web # 1 and a look at what the budding star has in store for her readers.

Everything Fans Should Know About Marvel’s New Infinity Stone Carriers

Katie Michel is a video game fanatic, D&D obsessed with Star Trek, book reader, filmmaker, Shakespeare lover, all nerd based in Los Angeles, California. He found himself on Screen Rant thanks to his love of writing and all things entertainment. A graduate of UC Santa Barbara’s Film and English programs, she aspires to write articles that interest readers on the same level as her regarding conversations about her dark favorite foreign films.